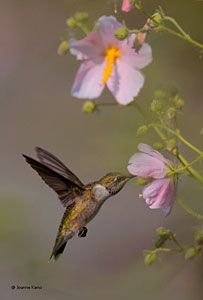 Profile by Vicki Stittleburg: Ruby-throated Hummingbirds are bright emerald or golden-green on the back and crown with gray-white underparts. Males have a brilliant iridescent red throat while females and immatures have fine, dark throat streaking.

From September until November, millions of Ruby-throated Hummingbirds will pass through Texas on their migration to points south of the border with many crossing the Gulf of Mexico in a single flight. They are arriving from breeding grounds as far away as Nova Scotia.

Did you know that Ruby-throated Hummingbirds are able to fly in all 6 directions with wing beats of 53 times per a second?

Invite Ruby-throated Hummingbirds to Your Garden

Grow tubular flowers such as salvias and Turk's cap. Hummingbird feeders are a very useful supplement, but appropriate flowers are the best magnet. Good plant choices are listed in the Hummingbirds of Houston Fact Sheet. 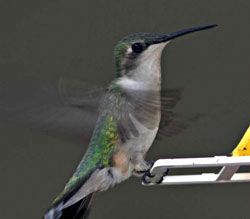 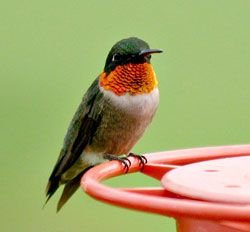 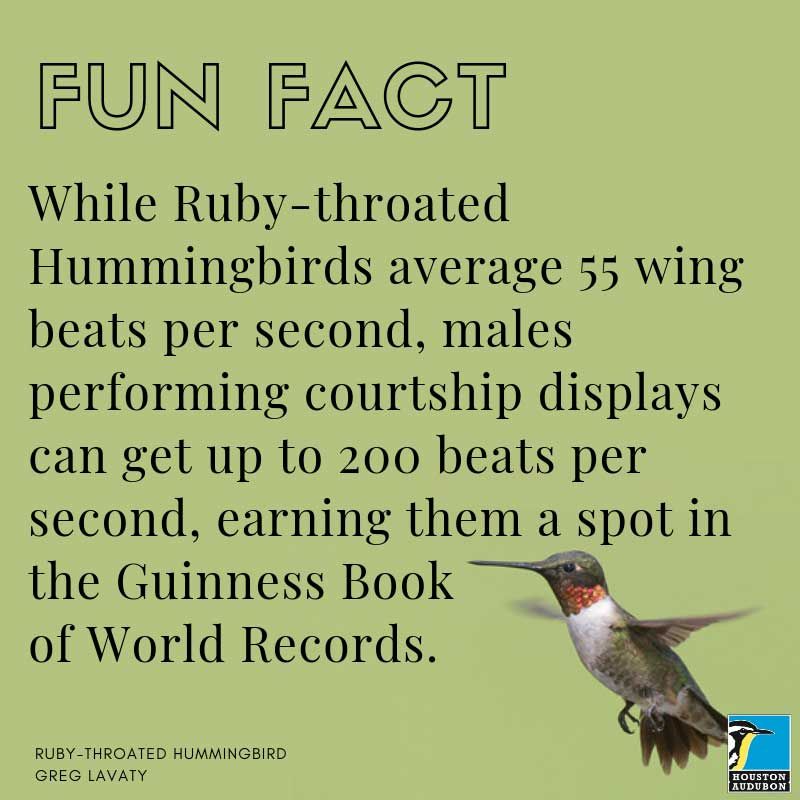 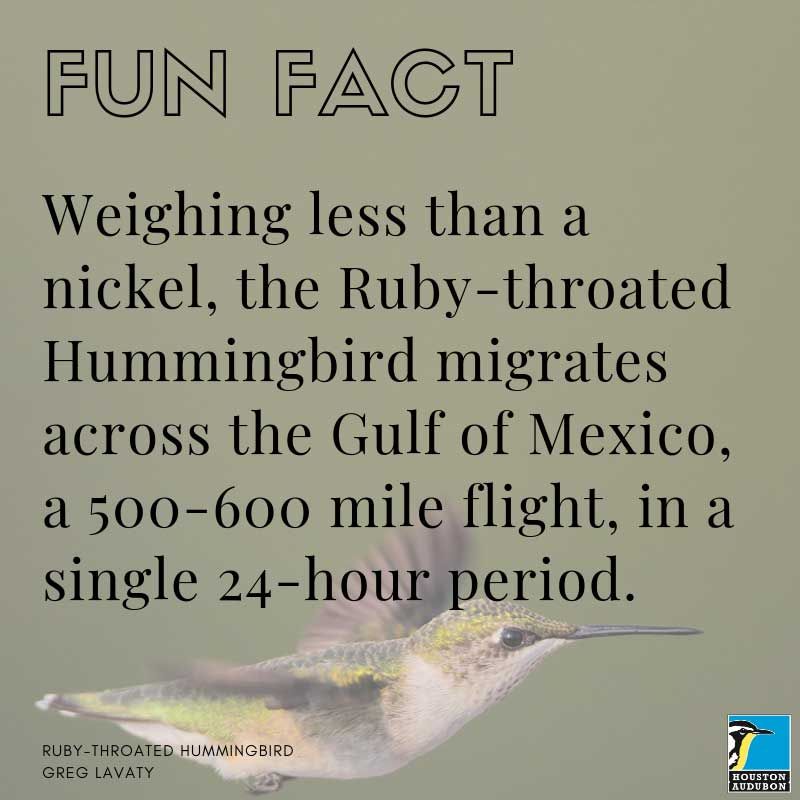 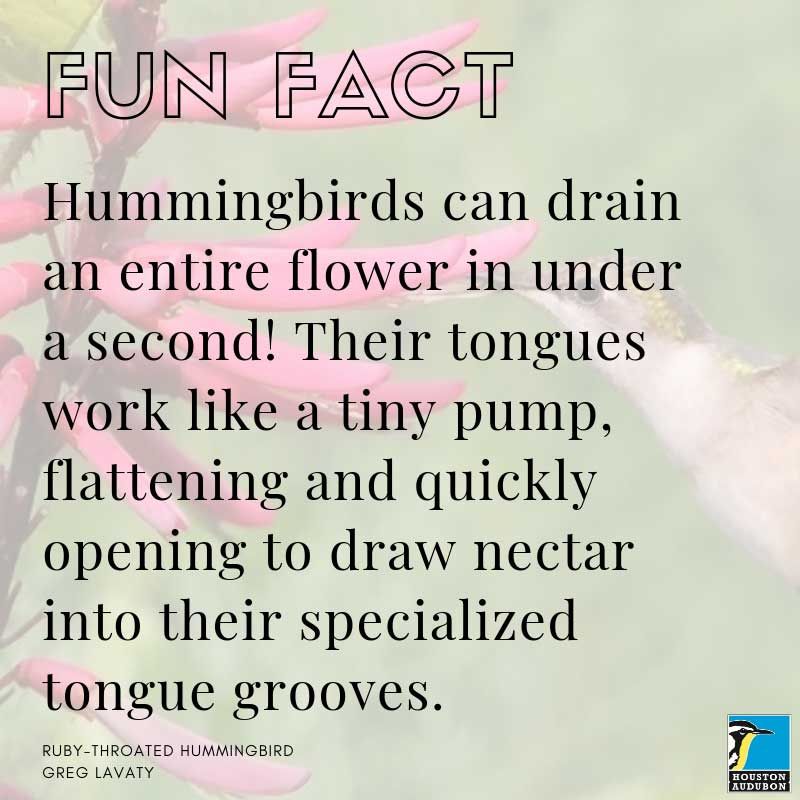 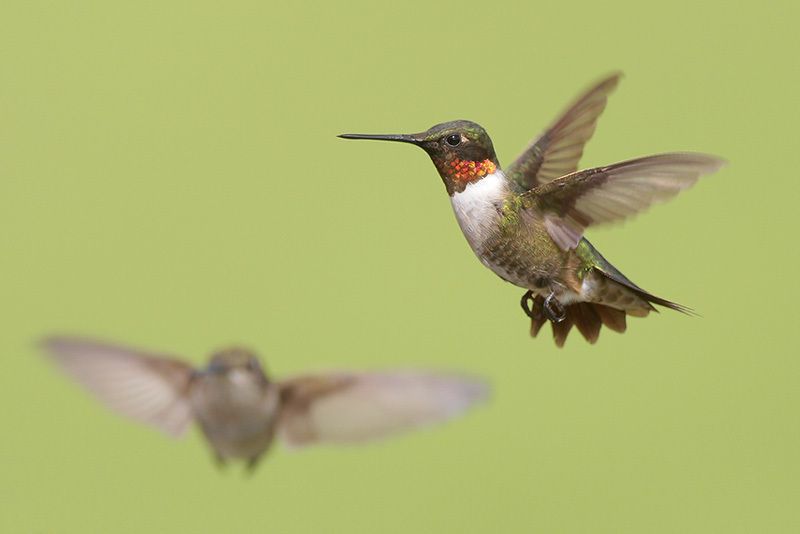 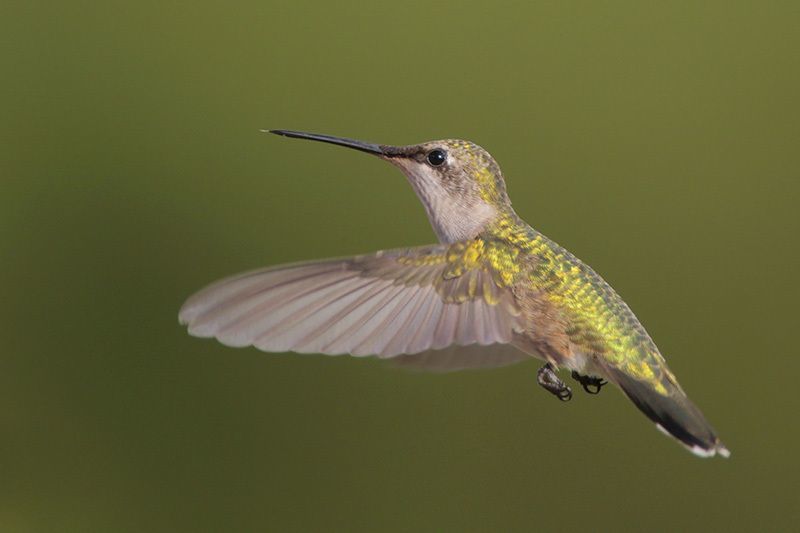 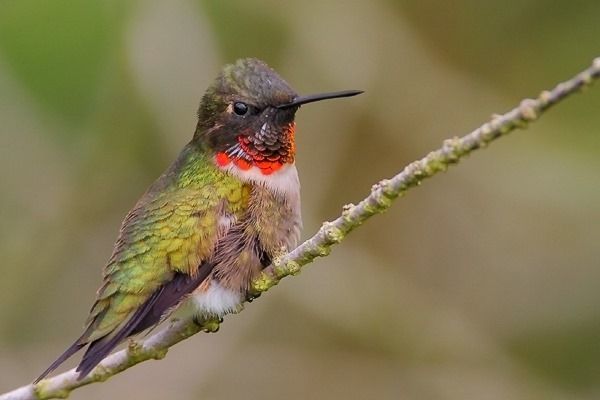