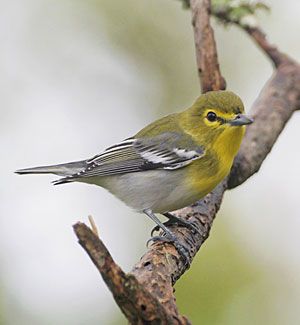 Seasonal Occurrence: Common in spring; uncommon in summer and fall.

Profile by Maria Hart: When compared to other members of the Vireo family, the Yellow-throated Vireo is a more brightly colored bird with an unstreaked yellow throat, thick bill, olive green head, and white underside. When searching for them in the treetops, they can be easily identified by their bright yellow “spectacles” around their eyes. This species of Vireo has a harsh and buzzy call that can be heard as ahweeo, eeyay, ayo, away, oweeah, eeowa. In the past, their call has been described as sounding like a Vireo with a sore throat.

Yellow-throated Vireos typically inhabit deciduous forests with large oaks and maples, avoiding dense understories as well as coniferous stands. During migration, look for them slowly and methodically foraging in the tall trees of edge habitats and forest gaps. This species largely feeds on insects including spiders, butterflies, various beetles, aphids, etc. They also feed on an assortment of berries when available and necessary.

Yellow-throated Vireos breed in the eastern half of the United States and parts of Canada ranging from southern Ontario to central Florida. Males arrive before females to scout out three to four possible nest sights. Once the females arrive and decide on the exact location, both of them get to work constructing their nests 20 to 50 feet up in mature deciduous trees, again often on the forest edge or in gaps within the woodland. The nest is a rounded cup composed of bark, grasses, and other plant material bound together with spiderwebs and other insect silk.

In the early twentieth century, the heavy use of insecticides caused a sudden decrease in Yellow-throated Vireo populations. Since then, the species has rebounded and is considered to be of low concern on the Continental Concern Score.

Yellow-throated Vireos are early spring migrants that travel from their wintering grounds in Central and South America up through the Upper Texas Coast. If you want to see one, be sure to visit any of the High Island sanctuaries in the spring before they continue on with their journey! 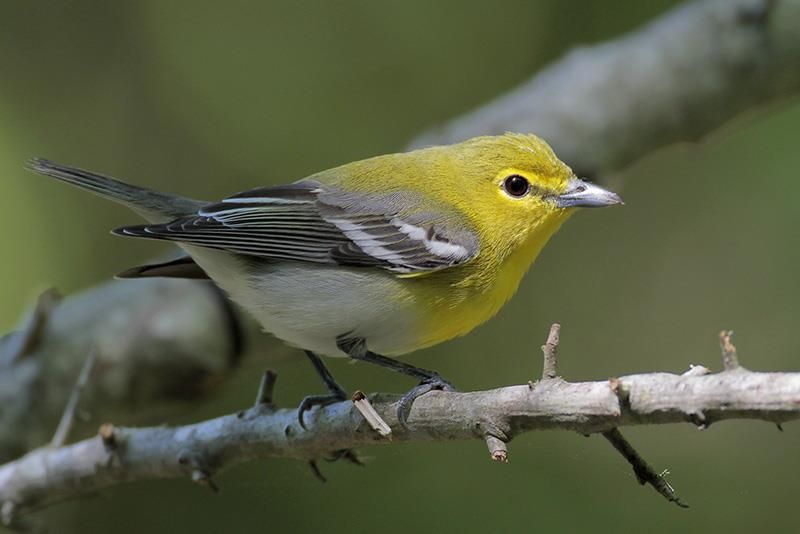 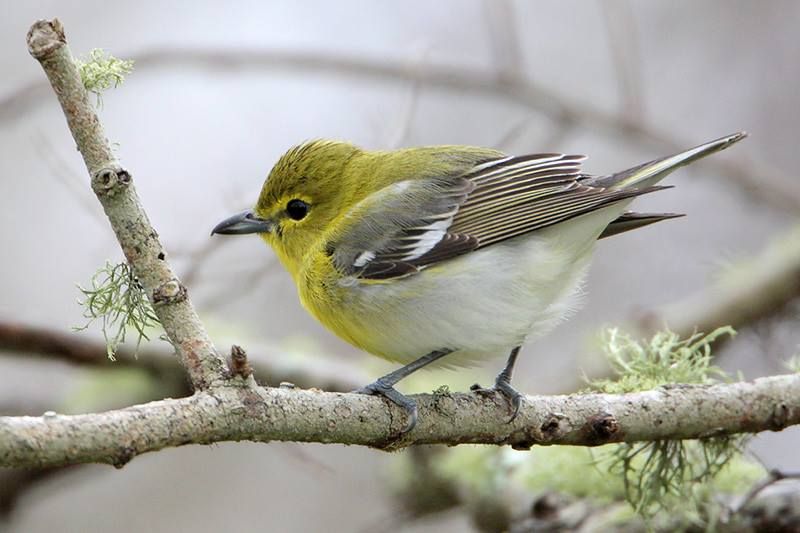 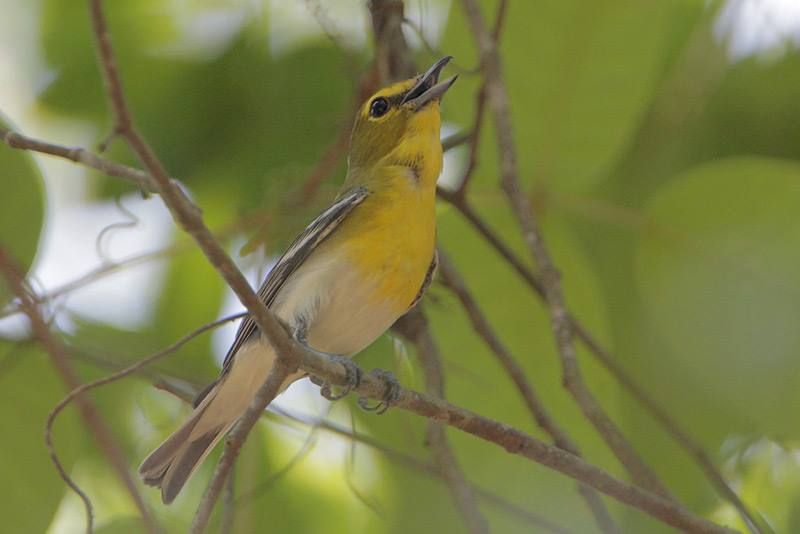