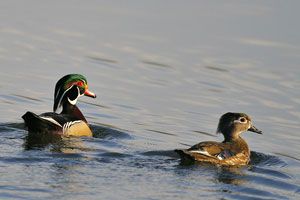 Seasonal Occurrence: Uncommon throughout the year. Breeds in our area.

Profile by Glenn Olsen: The male Wood Duck is without a doubt our most spectacularly colorful duck. The male is festooned with ornamental, flashy, and almost outlandish plumage. An iridescent crested green head, accented with white lines in the crest and the face, a bright red eye and bill makes him look like an oriental ceramic piece of art. The chest is a soft maroon-chestnut color, and iridescent blues and greens are seen on the back.

While the female is not as brightly colored, she is nonetheless a prime example of the beauty that can be achieved with subtle colors of a dust gray head, delicate and soft brown chest, and a velvety white teardrop pattern around the eye. It is difficult to mistake either of these birds when you see them. Even if you have not seen one, a look in a field guide will quickly identify either of these with their unique and distinct pattern of plumage.

To find either of these beautiful birds, look near fresh water sources which include wooded bayous, streams, ponds, marshes, swamps, rivers, and wooded areas near most any water source. They prefer a wooded area and are less likely to be found in the middle of large lakes, but can be seen around
wooded edges. Wood Ducks traditionally nest in natural cavities and old woodpecker holes. However, they will readily use properly built and located nest boxes. They often nest near a water source but have also been known to nest as far as a mile away from water. The mother duck will lead her chicks to water.

The young ducks eat a lot of invertebrates as well as plant matter such as duckweed. As they mature, Wood Ducks gradually change to a more plant-focused diet, including seeds, nuts, and other plant matter but continue to eat some aquatic and land invertebrates. Wood Ducks are most abundant in the southeastern U.S., but are common throughout the eastern U.S. and occur in many western states but are less numerous there.

By the late 1800s, destruction of bottomland hardwood forests and overhunting had brought the Wood Duck population to near extinction. Fortunately, the enactment of the Migratory Bird Act gave a respite to many bird species and the Wood Duck population has since recovered. The Wood Duck is proof that human efforts to preserve and protect habitat and species can make a huge difference! I hope you will get outdoors and search for these sometimes reclusive beautiful birds.

Profile by Lark Heston: The Wood Duck is arguably one of the most eye-catching duck species. Males are adorned with an iridescent green crest, bright white throat, and rich chestnut breast. Females have a warm brown body, a grayish head with a slight crest, and a white eyering that extends behind the eye to make a teardrop shape. Visible while in flight, females also have a blue speculum patch and obvious white stripe behind it, and males have gray underwings that contrast with the plumage above. Nonbreeding males lack the bright coloration, but both nonbreeding and breeding males have a red eye, as well as red and yellow at the base of the bill.

Wood Ducks prefer habitats that provide a good amount of vegetative cover, which can be found in beaver ponds, freshwater marshes, bottomland forests, and slow-moving streams along forests. They are dabbling ducks and eat a generalist diet of seeds of terrestrial and aquatic plants, insects and other invertebrates, and acorns when aquatic food abundance is low.

Outfitted with strong claws, Wood Ducks are adapted to perch on branches and prefer to nest in tree cavities. This behavior makes the species a great candidate as a backyard nest box inhabitant. Mating pairs are established in January on wintering grounds, so nesting boxes should be in place before the pairs arrive to the breeding sites.

Brood parasitism is common in this species: a female will lay eggs in the nests of other Wood Ducks, tricking other females into raising her babies. Threats to Wood Ducks include hunting and reduction of nesting sites due to habitat destruction. In the late 1800s, their population was drastically declining due to those threats. Fortunately, over the past six decades, the Wood Duck population has increased because of nesting habitat protections, hunting regulations, and placement of thousands of artificial nest boxes. 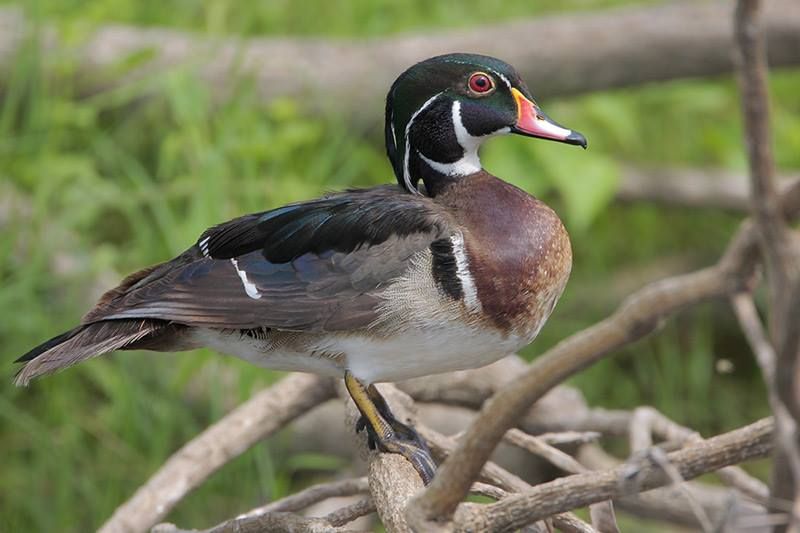 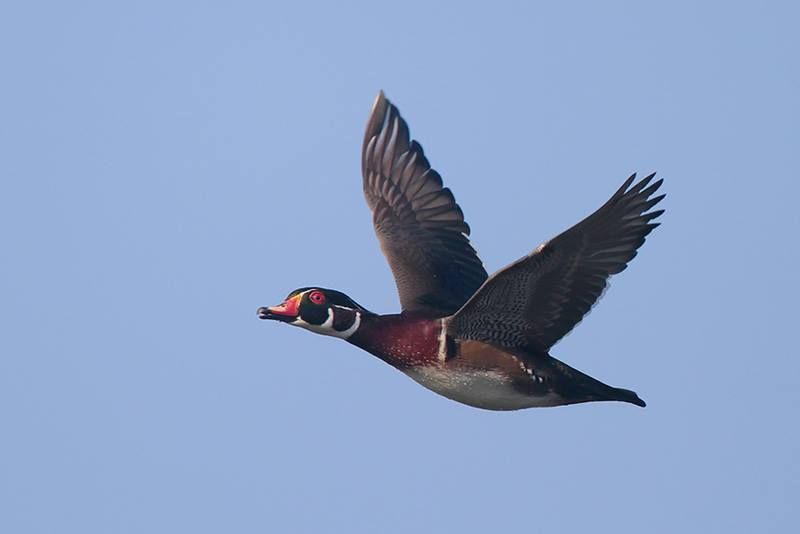 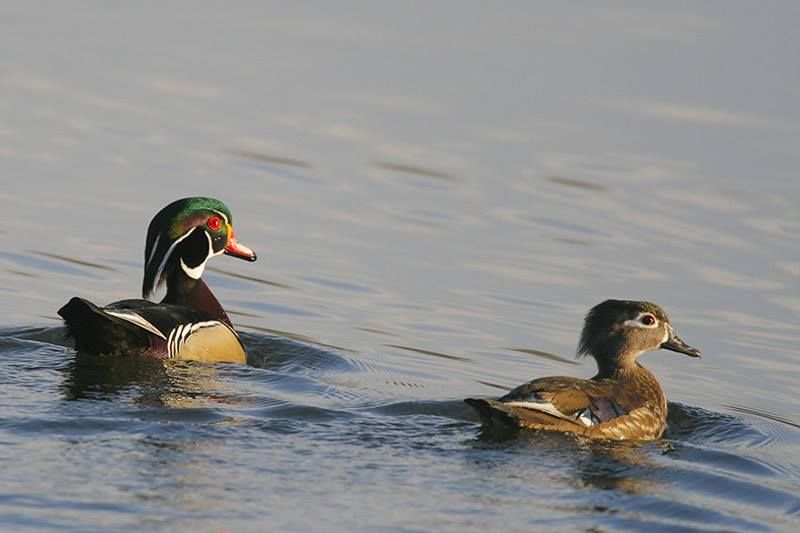