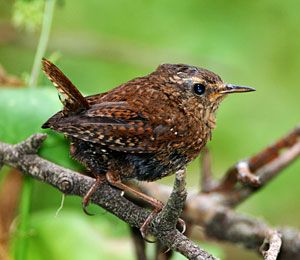 Notes by Susan Billetdeaux: Winter Wrens, as their name implies, are uncommon winter residents on the Upper Gulf Coast. They are most easily found at dawn when they are quite vocal. Otherwise, they can be very difficult to spot as their cryptic coloring makes an excellent camouflage. Compared with House Wrens, Winter Wrens have shorter, stubby tails and darker coloring. Typically, they are seen close to the ground, as they scurry for insects through brush piles or along streams. In Houston, Bear Creek Park is a reliable location to look for Winter Wrens.

Profile by Will McDaniel: The Winter Wren is a very small member of the New World Wren family, measuring only 3.5 to 4 inches long. Typical of wrens, this bird has a compact, rounded body combined with a tweezer-like beak and a long tail that is held upright and flicked back and forth when agitated. Coloration is brown throughout, with dark-brown barring on the upperparts and belly contrasted with an unmarked lighter tan color on the chest and throat, a paler brown eyebrow stripe and an unmarked brown cap.

Like most wrens, the Winter Wren energetically hops through the understory while hunting for insects, nervously keeping to cover and not remaining in one place for too long. Sharp-eyed birders may notice it bending its legs in a “push-up” repeatedly before moving to the next bush or downed log. Breeding in the coniferous forests of Canada and the Great Lakes, males will perch high in the canopy and release long musical trills, building a number of trial nests for females to choose from before putting more effort into improving whichever is selected. They spend their winters in the Southern United States, roosting in tree hollows and other dark holes, true to their family and genus names, which mean “cave-dweller.”

Profile by Ryan McGinty: The Winter Wren is a small dark brown bird with extensive barring on its flight feathers and belly. It has a tan supercilium and its underside is a paler brown than its back. The Winter Wren is often compared to a mouse because they putz around the ground going in and out of dense vegetation, logs, brush piles, and other sources of cover. From a high perch, the male’s song can last for 10 seconds consisting of dozens of sequentially higher-pitched, melodious notes coming together quickly in a musical trill or warble. The call of a Winter Wren is a high-pitched, sharp “chip” note which is usually given in pairs.

Winter Wrens breed in the coniferous forest of Canada and the northeastern United States. Their nests are typically dome shaped, but they’ll also nest in cavities. Male Winter Wrens build multiple nests in a season for females to choose.

In the winter, these wrens migrate to much of the eastern United States. In Texas, they are most common in the eastern portion of the state. They start to arrive in early October and stick around till mid-March, although some can stick it out as late as April. 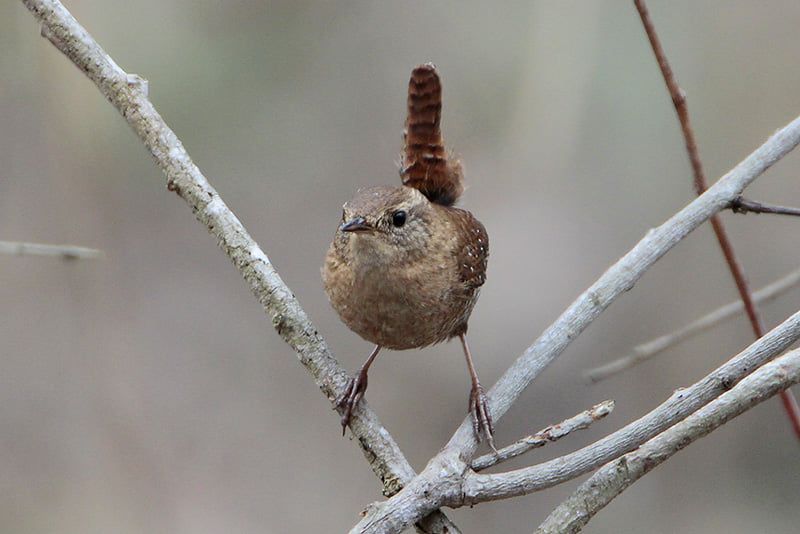 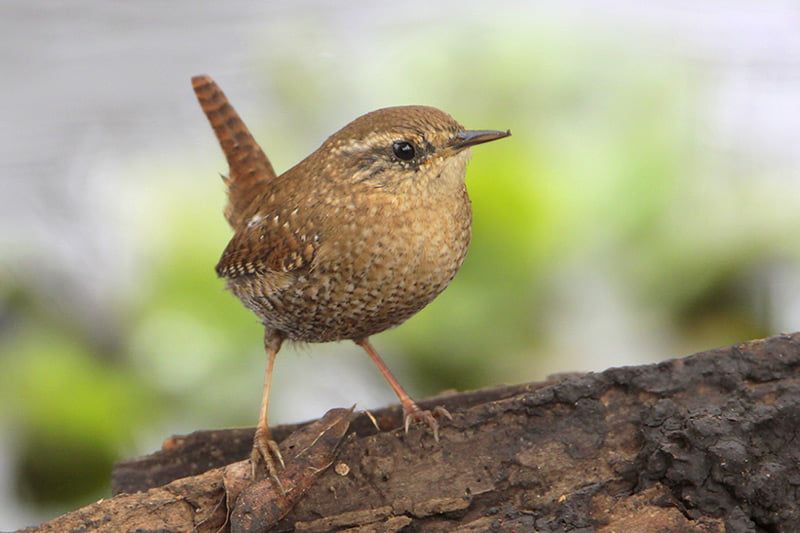 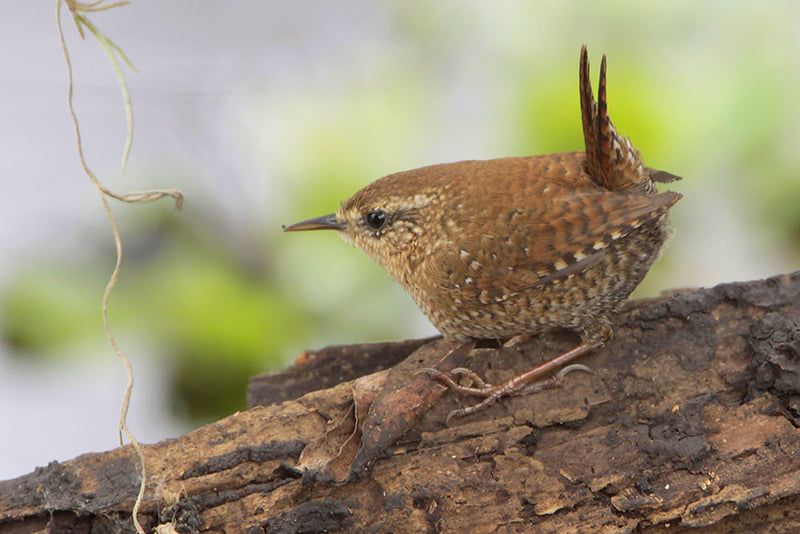