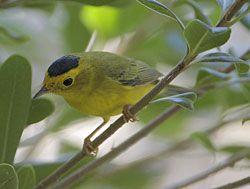 Notes by Susan Billetdeaux: In spring plumage male Wilson's Warblers are easily identified by their black caps and yellow breasts. Most females do not have caps but have olive-gray crowns. Both sexes have yellow eye-rings which make their dark eyes seem more prominent. On the U.S. west coast Wilson's Warblers can be a bright yellow, almost orange. In our area the yellow is generally more muted and often with a greenish tinge. Wilson's Warblers are generally found in low understory plants; they are particularly fond of willow thickets. 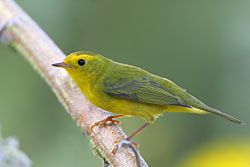 Profile by Phoebe Honscheid: The Wilson’s Warbler is well known for its constant motion while foraging. Even when perched, it tends to wag its tail and flick its wings. This bird is a common migrant that is often seen in the fall in the Houston area. It prefers to use its small, pointed beak to hunt for insects in low, dense thickets near water rather than the forest interior.

The males are easy to identify with their black cap that looks like a toupee, yellow face, and olive cheek. They are unmarked yellow below with a uniform, yellow-olive back and dark tail. Females and immature birds have an olive cap, although it is black and smaller in some females. They exhibit slight plumage variation depending on the region in which the Wilson’s Warbler is found. Eastern birds typically have a brighter yellow face and are smaller than western birds.

Like several other birds, including Wilson’s Phalarope, Wilson’s Snipe, and Wilson’s Plover, the Wilson’s Warbler is named after Scottish poet-turned-ornithologist, Alexander Wilson. Although he described the Wilson’s Warbler in 1811, he did not name it after himself, instead calling it the “green black-capped flycatcher.” It was later renamed to honor Wilson (and correct his bird ID). 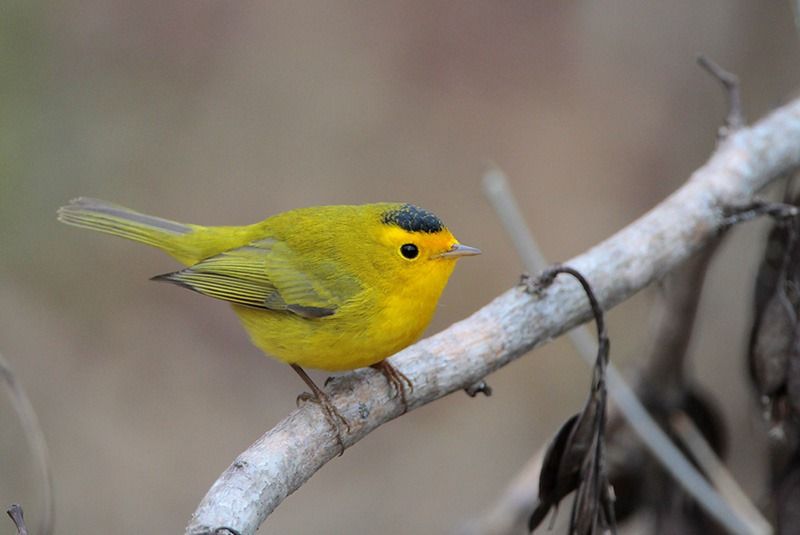 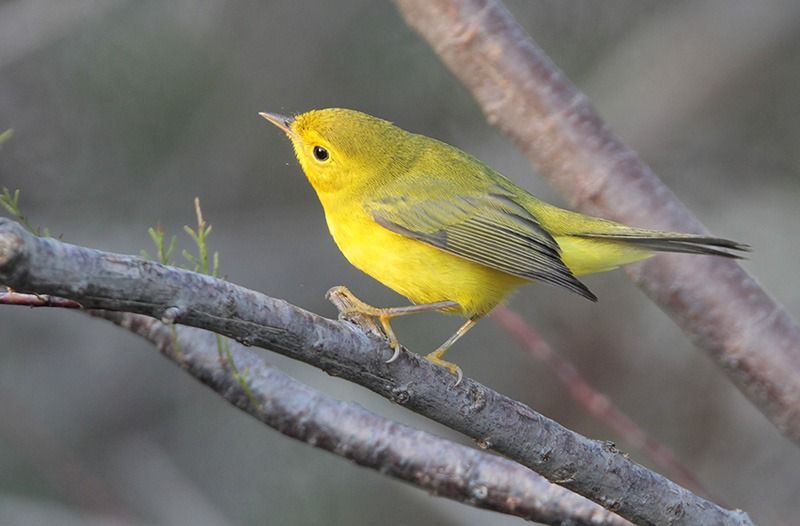 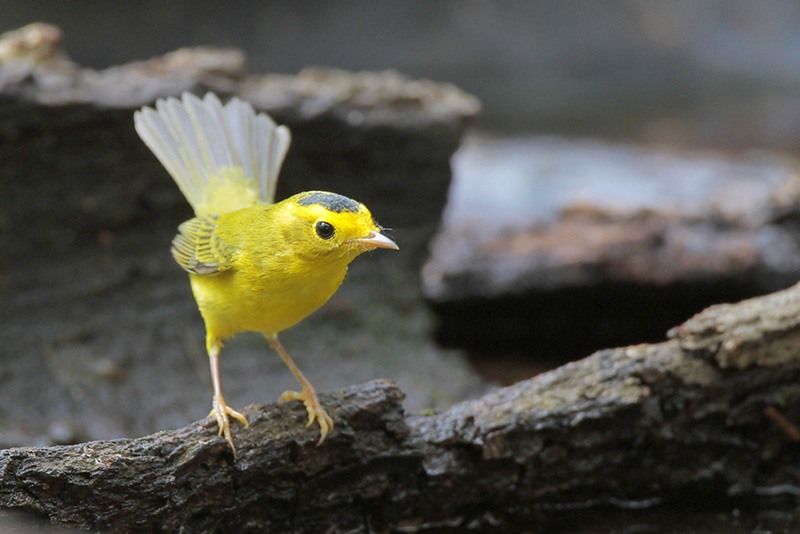