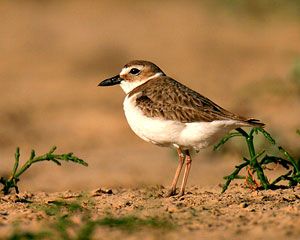 Seasonal Occurrence: Common spring through fall; uncommon in winter. Breeds in our area.

Profile by Glenn Olsen: Named after the father of American Ornithology, Alexander Wilson, this coastal dwelling plover can be found year-round on our shores. Their numbers increase when birds from the coasts of Mexico and Central America begin arriving in late March to stake out a nesting site on the shorelines of our gulf beaches, bays, or mud flats. So the best months to see this interesting plover are late March through September.

It is a medium sized plover around 7½ to 8 inches in length but weighing only about 2 ounces. It is about 3 inches shorter than the Killdeer, a plover cousin, that is much more readily seen in a wide variety of habitats. The Wilson’s Plover has a back that is medium brownish-gray about the color of wet beach sand (great camouflage) with an off white underside and grayish-pink to flesh-colored legs. But the most distinctive characteristic is the bill. Like other plovers, it has a rather short stubby bill, but compared to other plovers the bill is quite large, broad, and thick. The bill is even thicker and broader than a Killdeer’s bill. The Wilson’s is the Jimmy Durante of plovers.

This species is entirely dependent on the narrow band of sand that forms our shoreline along the beach or the mud flats on the bayside, where it nests on the ground in a small depression. The dangers they face in nesting on this popular strip of land include cars that drive on the beach, people walking, dogs running on the beach, storms that cause high tides, oil spills, and trash. All these factors degrade the very limited microhabitat these plovers must have for nesting. Like most other plovers on the beach or mud flats, the Wilson’s Plover employs the walk fast, stop, look, listen and grab the food feeding strategy. This behavior readily identifies plovers, and the rather large bill of the Wilson’s will single this species out from all other similar plovers.

So, get out to Bolivar Flats, one of the top shorebird sites in the U.S, and find a Wilson’s Plover to observe and enjoy.

Profile by Maria Hart: Wilson’s Plovers reside on beaches of the southern Atlantic Ocean and the Gulf Coast. They are a medium sized plover with grayish brown upper parts, white underparts, and a pale brown collar. While in breeding plumage, Wilson’s Plovers develop a thick black ring around their neck with males having a considerably larger neck ring than that of females. While in flight look for slender wings and black on the tip of the tail. One distinguishing characteristic of this plover is their almost unproportionately thick and large black bill.

Wilson’s Plovers use this extraordinarily large bill to dine on crustaceans, specifically fiddler crabs found on intertidal salt flats, mud flats, lagoons, etc. They nest in similar areas, selecting sites within close proximity of sparse vegetation to help camouflage the eggs. Males will construct small and shallow scrapes in the sand until he forms one to the liking of his female mate. Females will then lay three small eggs in the tiny indentation. These nests blend in remarkably well with its surroundings, making it difficult for beach-goers to see until it is too late.

Beach development and recreational use is on the rise which is degrading critical habitat for many shorebirds. Due to this, Wilson’s Plover populations are in decline and the species is at risk of becoming threatened or endangered. Symbolic fencing has been erected in coastal areas such as Houston Audubon’s Bolivar Flats Shorebird Sanctuary in order to protect the nesting habitat of a variety of beach nesting birds, including Wilson’s Plovers, from pedestrians, recreational vehicles, and unleashed dogs. These shorebirds can be seen on the Texas coast all summer long so keep an eye out for Wilson’s Plovers and their chicks, and be sure to watch your step! 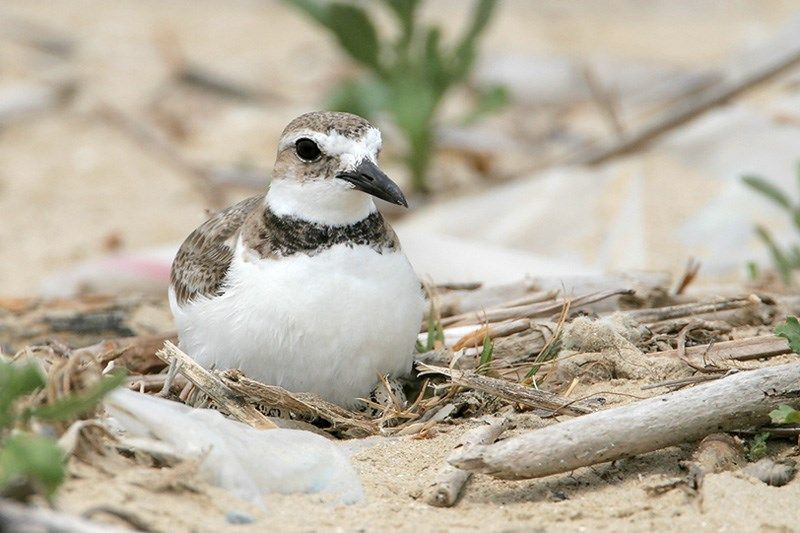 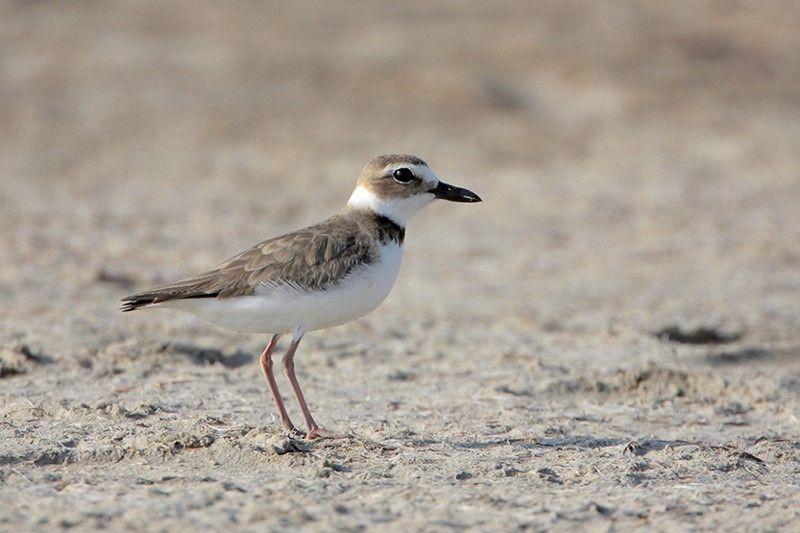 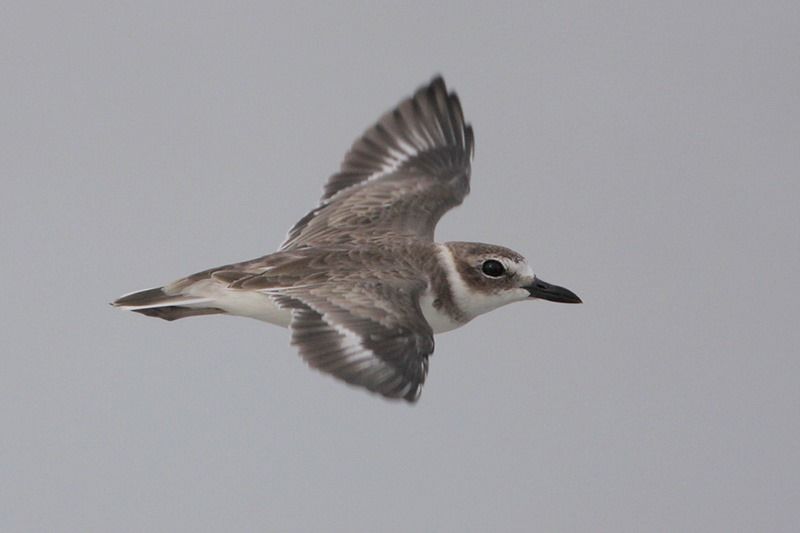