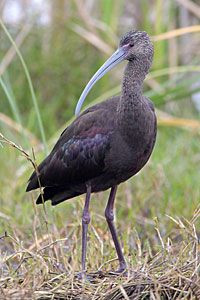 Seasonal Occurrence: Common spring through fall. Uncommon in winter. Nests in our area.

Notes by Susan Billetdeaux: In breeding plumage, the White-faced Ibis lives up to its name with a bright white band of feathers bordering its red facial skin. Its legs and eyes are also red. Winter birds are very difficult to distinguish from the much less common Glossy Ibis. Both species in winter are a soft dark brown in color. If close-up looks are possible, White-faced Ibises may be recognized by their red eyes. White-faced Ibises prefer freshwater marshes. They nest colonially, building their nests either in trees or on mats of dead vegetation. Numbers are declining throughout North America. Possible causes include the use of pesticides and loss of wetlands. In Texas they are listed as a threatened species. 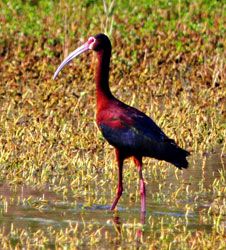 Profile by Aidan Healey: The White-faced Ibis is a medium-sized wading bird with greenish iridescent wings and a deep reddish-brown head and body. It has a patch of bright white skin on its face and a hefty downward-curved bill, which it uses to probe for food such as insects, worms, frogs, and crabs. White-faced Ibis can be found in marshy areas where there is plenty of shallow water and mud for foraging. When in flight, the White-faced Ibis holds its head straight out forward and its feet straight backward, which gives it a very flat profile and makes its curved bill easily noticeable.

White-faced Ibis can be found across the plains and prairies west of the Mississippi River and – in the summer months – as far north as Canada. They in are the Houston area year-round, though flocks of White-faced Ibis tend to move around day to day in search of marshes with optimal water depths for feeding. 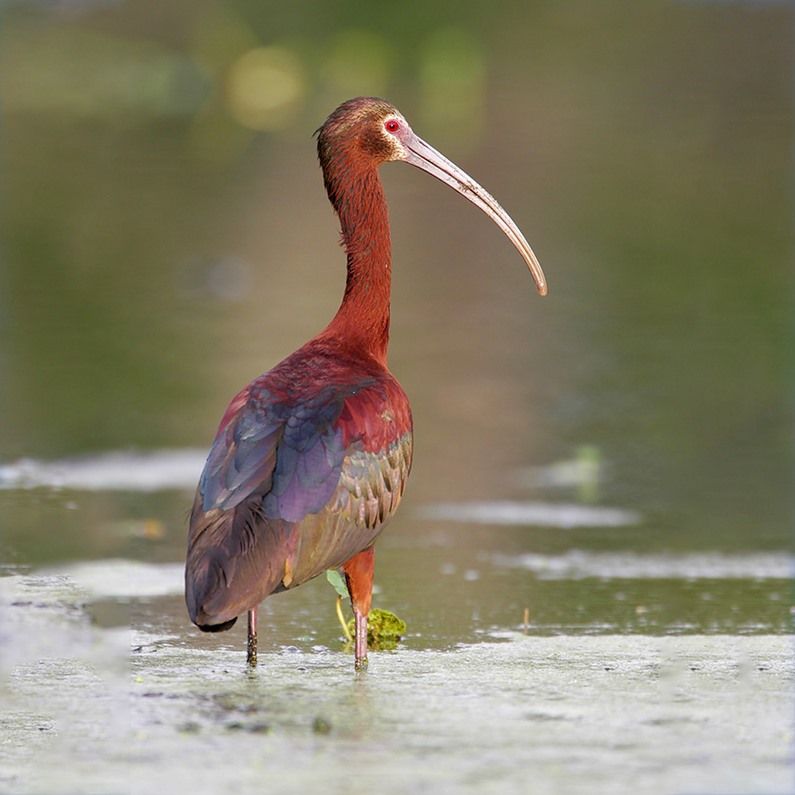 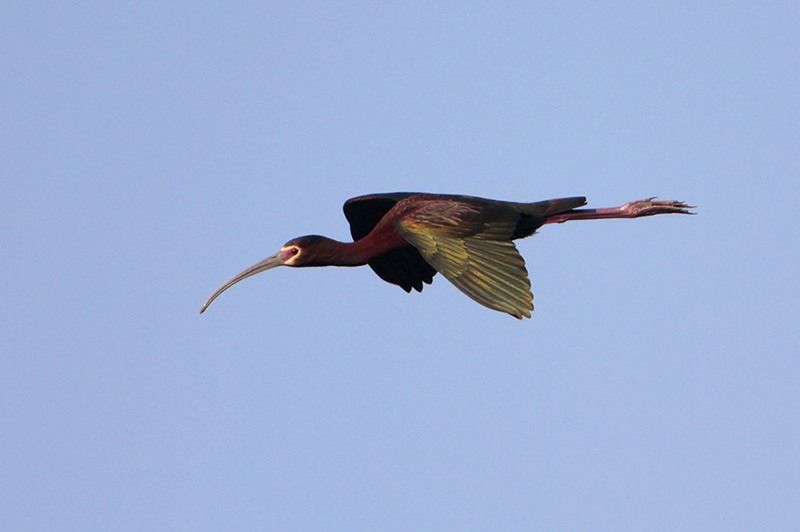 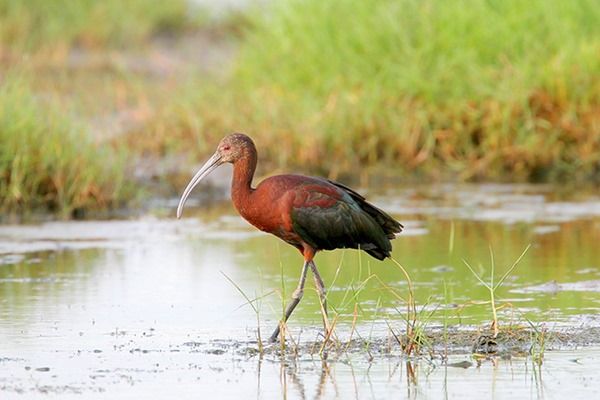