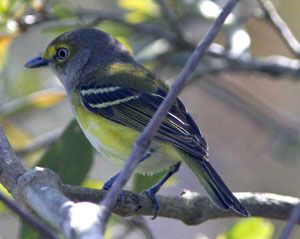 Profile by Bryce Loschen:  The White-eyed Vireo is a migratory songbird common throughout much of the eastern United States. Like other vireos, White-eyed Vireos are relatively stocky birds with a thick, straight, and slightly hooked bill. The White-eyed Vireo has a gray head, a pale throat, yellow flanks, an olive back, and two white wingbars. The best distinguishing characteristics are bright yellow spectacles around the eye and the namesake white iris. Be careful though as juveniles have a dark iris until their first winter or spring. White-eyed vireos sing a rapid, nasally series of notes typically beginning and ending with a sharp chik sound. Males and females both sing in the winter time, but only the males sing on breeding grounds.

White-eyed Vireos are common anywhere where there is dense scrubby vegetation such as forest edges, second growth forest, overgrown fields, and streamside thickets. White-eyed Vireos eat primarily insects, but will occasionally eat small fruits during winter and migration. They are active foragers and will hop among twigs and branches searching for bugs. During breeding pairs will look for Y-shaped forks in shrubs or saplings close to the ground. Males will sing incessantly to defend nesting sites. Once a suitable spot is found, both the male and female build a nest of twigs, roots, shreds of bark, and leaves bound with spiderwebs, and lined with fine grass, rootlets, or hair. Both parents help in raising the chicks.

White-eyed Vireos can be found year round on the Gulf Coast, and their breeding range spans much of the eastern United States including most of Texas. White-eyed vireos prefer dense shrubby vegetation and can be hard to see. If searching for one listen for their distinct song coming from shrubby vegetation in suitable habitat. They will often sing well into the day. The High Island sanctuaries are a great place to find them so come on down and see one for yourself! 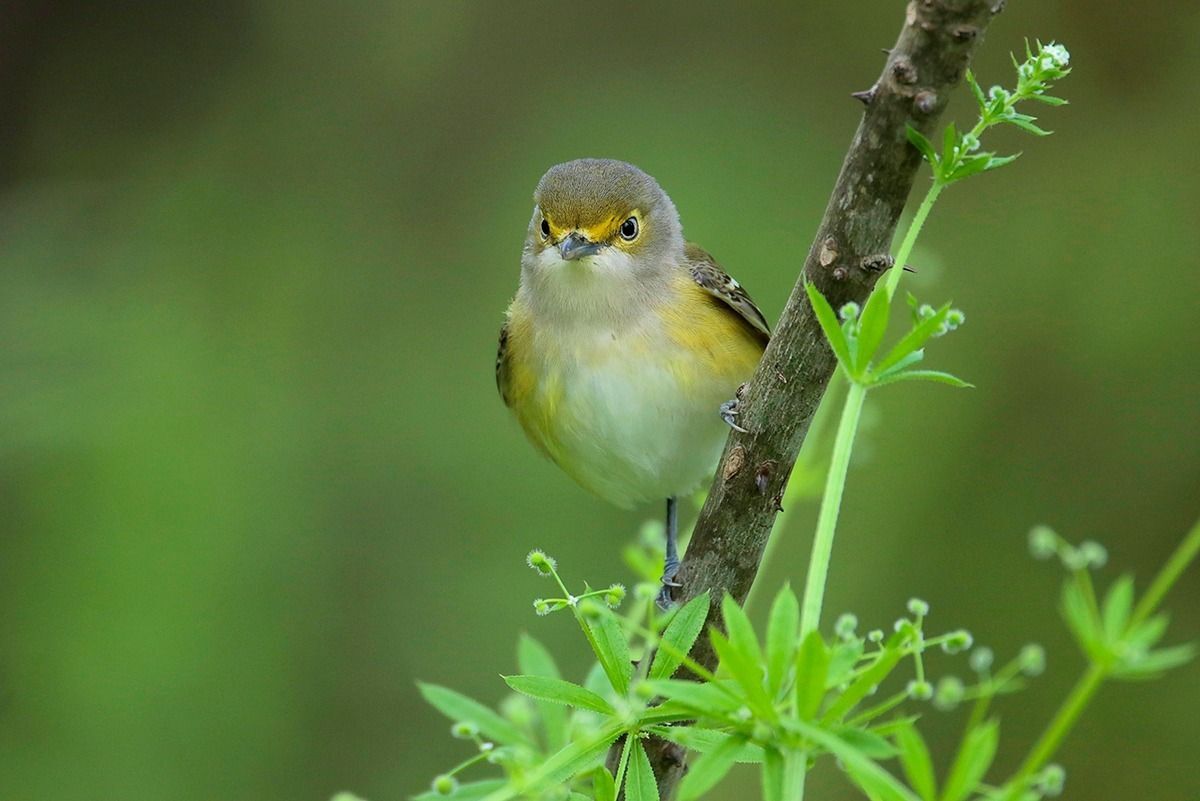 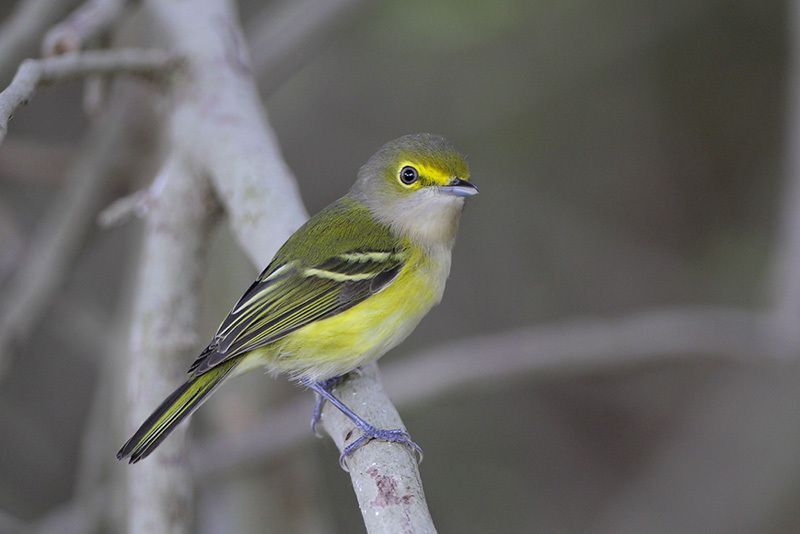 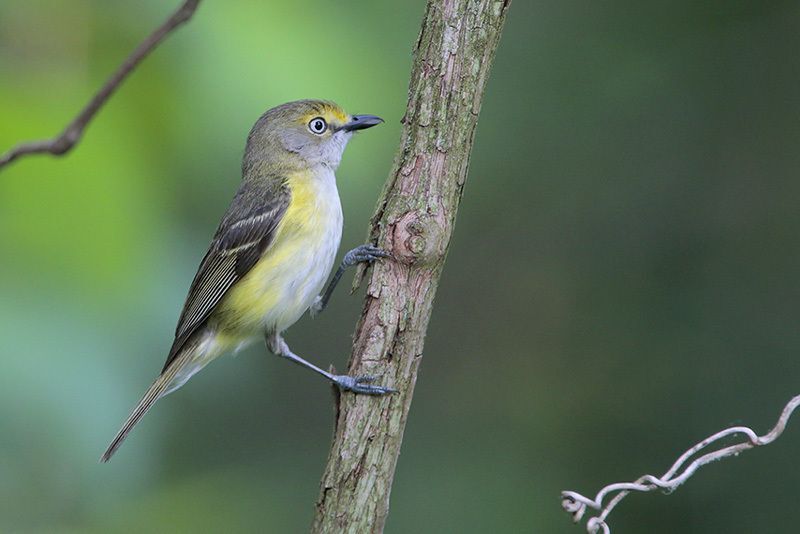