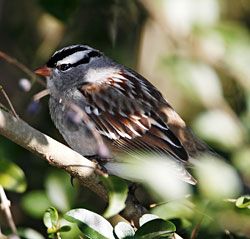 Notes by Susan Billetdeaux: Close relatives to White-throated Sparrows, White-crowned Sparrows are very common in rural areas around Houston, particularly on the Katy Prairie. They are not often found with the city limits. Adults are distinctive with their bight white and black striped crowns. Many of the birds seen on the Upper Texas Coast are immatures and not as easily recognized. Their crowns are striped in a muted coloring of tan and brown. Bill color for White-crowned Sparrows varies from yellow to coral and pink. There are several subspecies which are distinguished by bill color, song and other subtle plumage variations. A characteristic of the Zonotrichia sparrows is that they sing all year, even in winter.

Profile by Sarah Lefoley: The White-crowned Sparrow is a light gray sparrow with a brown back and wings, a long tail, orange, conical bill, and black and white striped cap on the head, making them look a little like badgers.

While female White-crowned Sparrows are the sole nest builders, both parents help to feed their young. Males will take care of the young while the females begin their second broods. Parents almost exclusively feed their young insects. Adults themselves consume insects, seeds, grains, and fruits. White-crowned Sparrows and Eastern Towhees engage in similar foraging behaviors. They turn over leaves by jumping backwards, and then hop forward again to grab the food item.

This species breeds in open shrubby areas, and winters in areas with fields, roadsides, and dense vegetation. White-crowned Sparrows winter throughout most of the United States including the Upper Texas Coast. 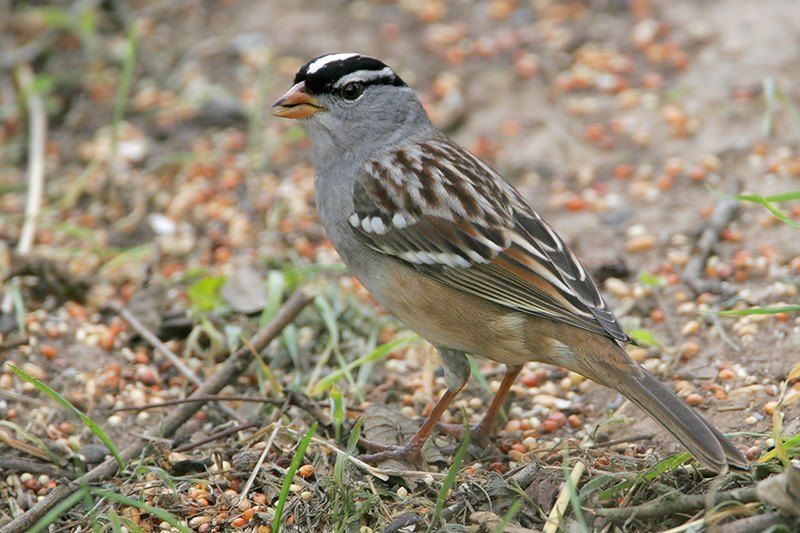 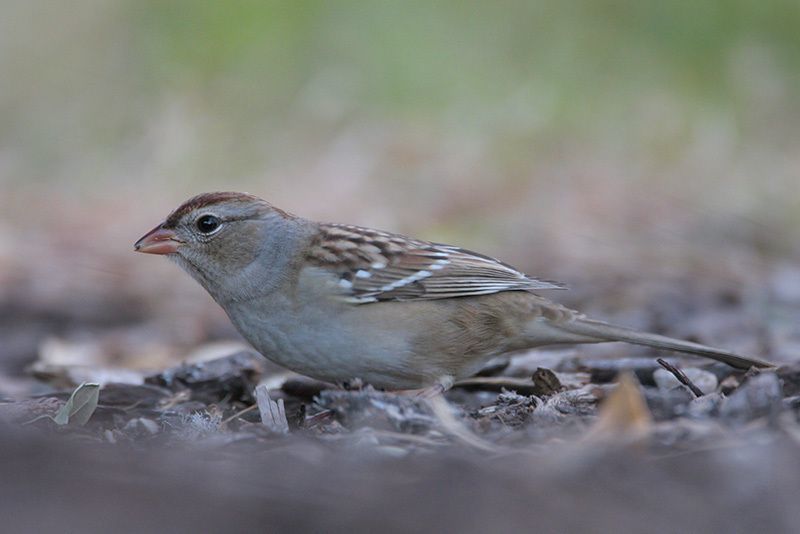 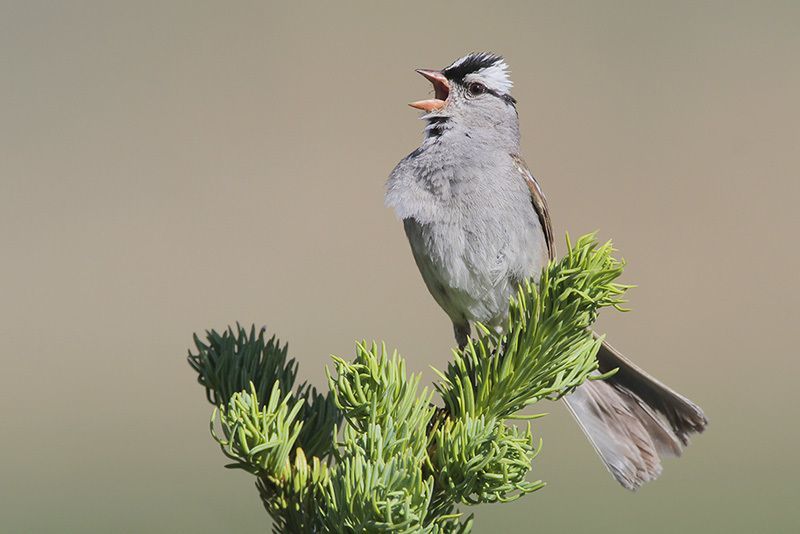