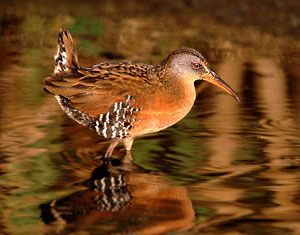 Notes by Susan Billetdeaux: The Virginia Rail is a secretive lurker among dense vegetation in our marshes. Although it prefers freshwater marshes, it may occasionally be found in salt marshes. It is about half the size of the King Rail but very similar in coloring. Unlike the King Rail, the cheeks of the Virginia Rail are a clearly defined gray. Other distinguishing marks include its bill and legs which are often reddish in color. Immatures are at first very dark then mottled gray on the breast. Among the best places to look for Virginia Rails are the Anahuac National Wildlife Refuge and the Bolivar Peninsula.

Profile by Steven Garcia: Like most members of the Rallidae family Virginia Rails are secretive birds, infamously hard to spot. Although the members of this family are all wetland birds, their habitat preferences differ. The Virginia Rail prefers shallow freshwater wetlands (less than 6 inches deep) containing tall stands of cattails and rushes, mixed with open spaces of water, matted vegetation and mudflats. Time has adapted the Virginia Rail to be specially suited for its habitat. Its small length falls between 7.9-10.6 inches while its weight is between 2.3-3.4 oz.

The Virginia Rail is laterally compressed, meaning that the bird looks very thin head on but full bodied from the side, an adaptation that helps this rail maneuver quickly through impenetrable vegetation. Being a member of the Rallidae club also means that you have one of the highest ratios of leg muscles to flight muscles of any other birds. Another reason why the Virginia Rail will often choose to run first fly later. However, the Virginia Rail will occasionally swim across open water, even diving underwater using its wings to propel itself forward. Their overall rust coloration, reddish bill, smoky face, coarse dark streaking down the back, and black-white barring on the side help to further camouflage and break the shape of this stealthy bird.

Regardless of their short weak wings, the Virginia Rail is capable of sustained flight. Migrating will depend on the individual and location. Some populations in the southern part of their range will stay year-round while some will fly further south at night toward the southern U.S. and Mexico. This species is monogamous and territorial. The nesting season is signaled by duetting grunt vocalizations, a specialized call used for pair bonding. Virginia Rails build several dummy nests in addition to the real nest they safeguard, most likely in order to confuse potential predators. This extra effort is hopefully awarded with precocial chicks from a clutch ranging from 4-13 eggs. Chicks will sometimes leave the nest immediately after hatching, with both parents sharing parental responsibilities. 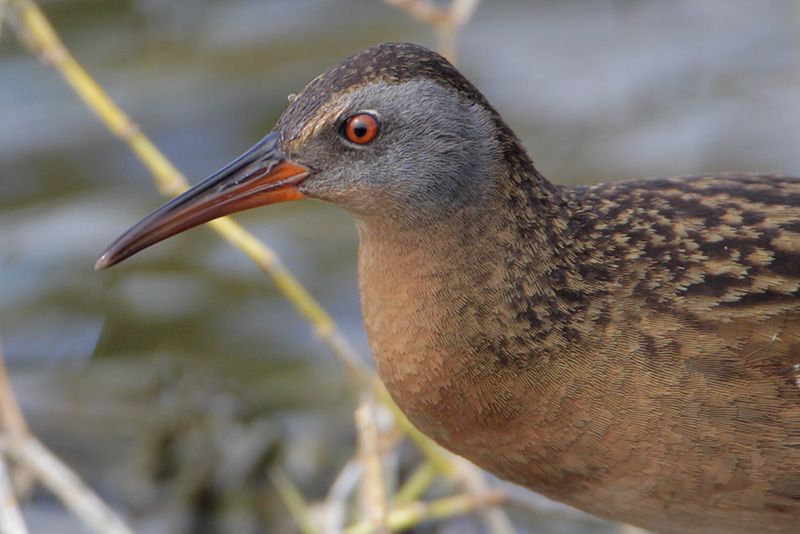 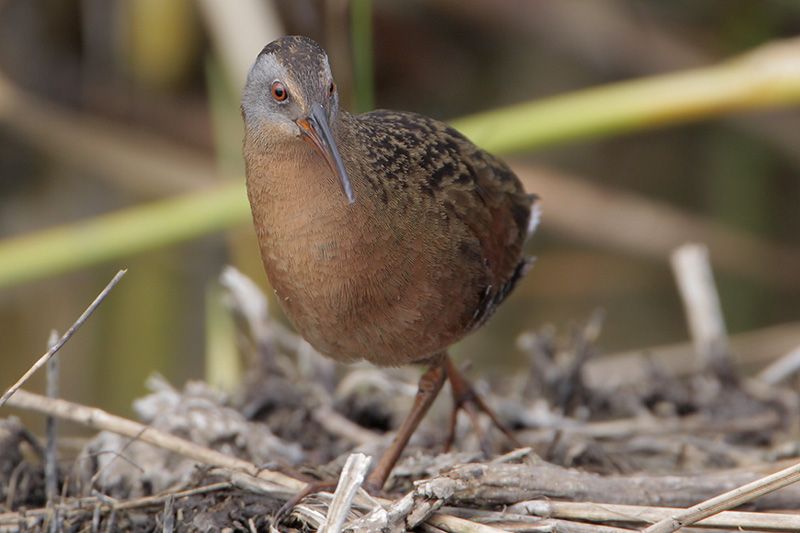 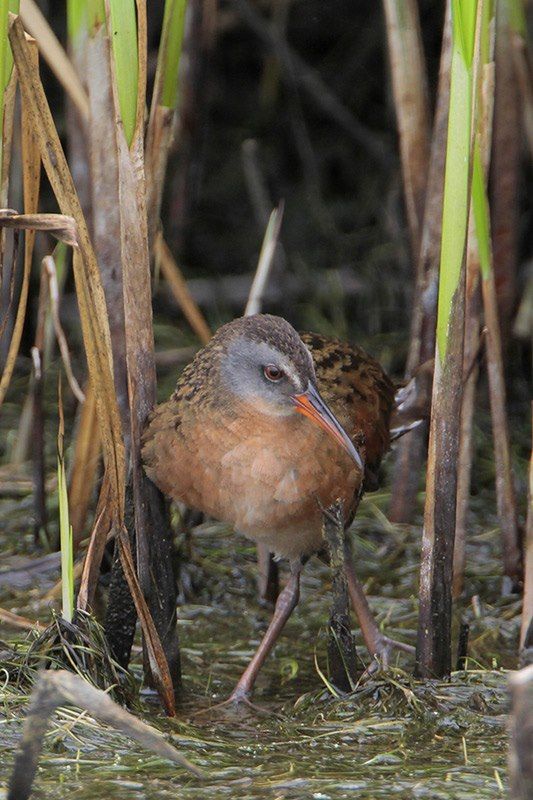