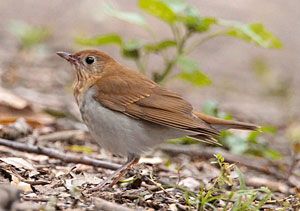 Notes by Susan Billetdeaux: Veery is the least common of the spring migrant spotted thrushes (others are Swainson's, Gray-cheeked, and Wood). Distinguishing marks for Veery are its warm tawny-brown plumage and lack of eye ring. It also has less spotting on its breast than the others. The song is a series of soft, breezy, descending veeyurr, veeyurr, veeyurr. The call note is a single veeyew. Veeries breed in the northern US and Canada. They winter in central and southern Brazil.

Profile by Sarah Lefoley: Hopefully, this spring you will be fortunate enough to hear the enchantingly raspy and melodic song of the Veery. The Veery is a small thrush with a cinnamon-colored head, wings, back, and tail, light underside, and faint rufous spotting and a faint buffy wash to the throat and breast.

Veery tend to be found in disturbed forest habitats with wetlands, and dense understories, which they use for nesting. During the breeding season, Veery gravitate toward forests containing fir, cherry, oak, maple, spruce, birch, alder, and aspen trees. Veery nest on or close to the ground, in soft vegetation or in leaf litter, and often next to fallen tree branches.

This thrush is mostly insectivorous, eating berries when insects are hard to come by. They forage by flipping over leaf litter and hunting on rocks and logs. The Veery migrates from central and southern Brazil to eastern and northern North America. Veeries have recently (Spring 2020) been spotted near Houston and Galveston on their northward migration. 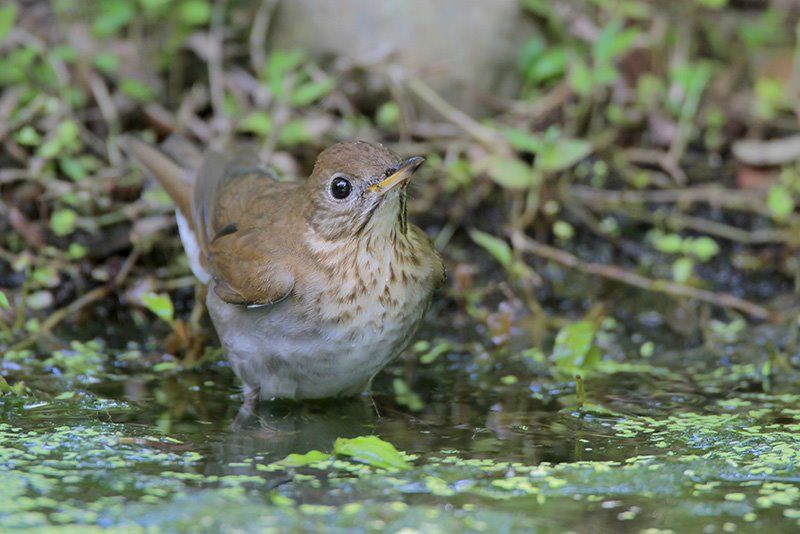 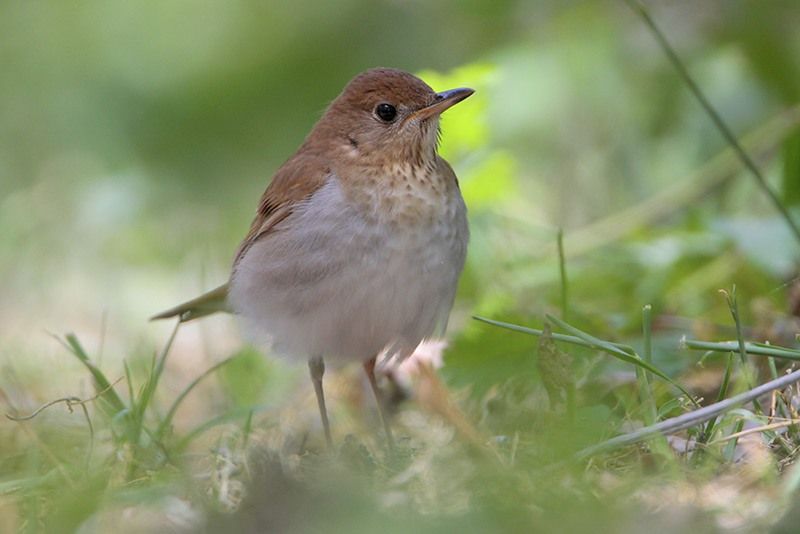 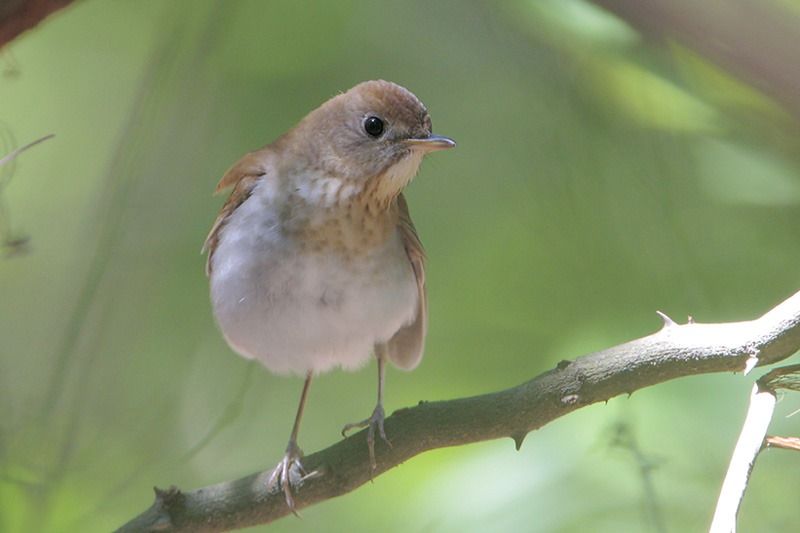