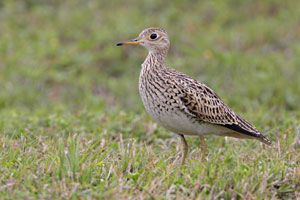 Seasonal Occurrence: Common in the spring; occasional in the fall.

Species Profile by Glenn Olsen: Part of the thrill and excitement of spring migration is the challenge and joy of witnessing the return of shorebirds. The Upland Sandpiper is a beautiful and distinctive shorebird most often not found at the shore. This long-necked and long-legged sandpiper is a bird of the historical prairies of the United States and Canada. With most of our native prairies now developed, it is found in remnant grasslands, pastures, sod farms, meadows, hay fields, and agricultural fields. Spring migration on the Upper Texas Coast is the best time to see this species as individuals make stopovers en route to breeding grounds in the north central states, central Canada, and Alaska.

The Upland Sandpiper can be found feeding on insects in similar habitat where you may also find Killdeers or migrating American Golden Plovers. Frequently this sandpiper is in grass that is as tall or taller than it is. The mottled brown upperparts of the body blend surprisingly well with the grass making it difficult to spot. Look for the motion of the bobbing, plover-like head as it walks and picks insects off of the grass and from the ground. When a bird stops to check for danger or birders, it will stand erect with that long, thin neck out stretched and the head and face held high, barely showing above the tips of the grass! What a beautiful and thrilling sight!

Profile by Lark Heston: The Upland Sandpiper, although still considered a shorebird, prefers grass and prairie habitats. This shorebird can be distinguished from a Buff-breasted Sandpiper, which prefers similar habitats, by its yellowish bill and thin, tall stature. Upland Sandpipers have a very thin neck and small head, almost giving them a big-eyed bobble-head appearance. Their bodies are speckled brown, with spotting on their neck and flanks.

The Upland Sandpiper diet consists mainly of insects such as beetles and crickets. Their nests, which are simple scrapes in the ground, are mainly located in their preferred grassy or prairie habitat, but are also commonly made at airports! Nestling Upland Sandpipers are able to leave the nest and feed on their own soon after hatching. Their breeding grounds are in southern and northwestern Canada, as well as northern United States, including parts of Alaska. During migration, they travel through the Gulf Coast early in the season, thus being a sign of the arrival of spring in the Upper Texas Coast! 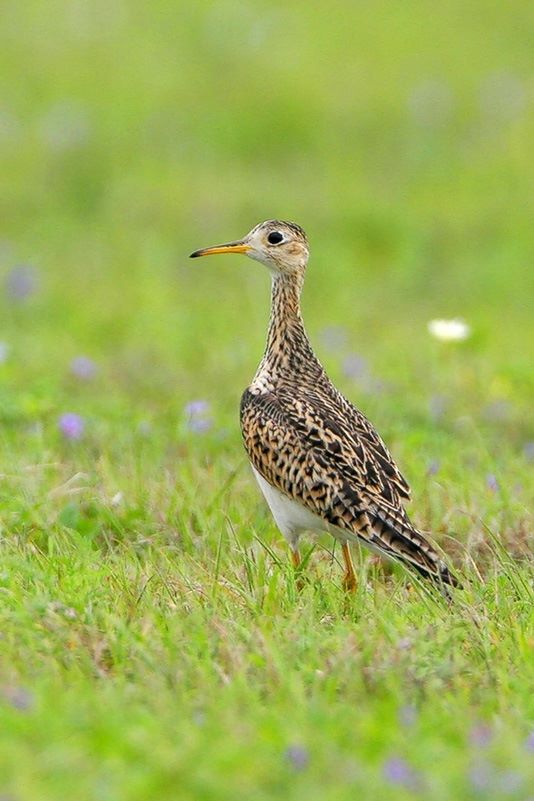 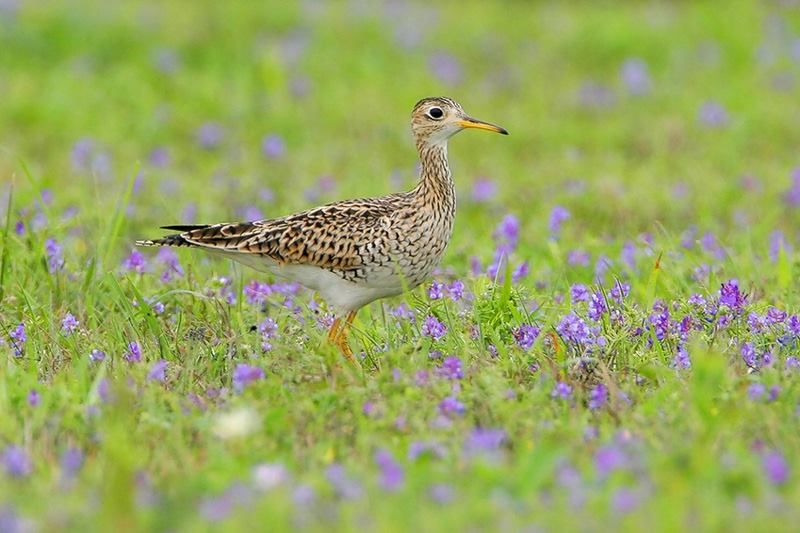 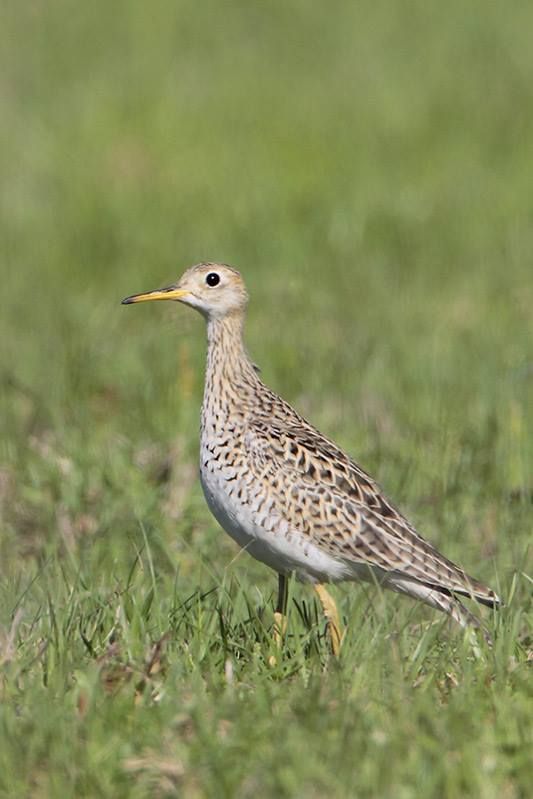