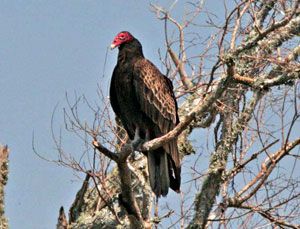 Profile by Vicki Stittleburg: Turkey Vultures are large raptors with long, broad wings and long tails. They appear black from a distance but up close are dark brown with a featherless red head and sharply hooked pale bill. The undersides of the flight feathers are silvery, contrasting with the black primaries and wing coverts, giving a two-toned look to the wing. Juveniles have gray skin on the head and a dark bill. Often seen high overhead, Turkey Vultures hold their wings in a shallow "V" and tilt gently from side to side while soaring. Riding thermal updrafts allows the birds to ascend to high altitudes; pilots have reported vultures soaring at 20,000 feet.

Turkey Vultures are scavengers that feed exclusively on carrion which they locate with their highly developed sense of smell. They will feed on any dead animal, but mostly eat mammals. They will also consume reptiles, other birds, amphibians, fish and invertebrates. Since they lack a voice box, Turkey Vultures are mostly silent, but will occasionally grunt or hiss if threatened.

Turkey Vultures are common throughout the year and can be found around open areas such as roadsides, suburbs, pastures and rangelands. In colder weather and at night they roost on poles, towers, dead trees, and fence posts.

Profile by Ryan Call: A hardy, adaptive bird, the Turkey Vulture thrives in the Houston area and beyond. It’s a bird you can often see high above the terrain, its wings upswept in a shallow dihedral, the bird rocking back and forth as it soars overhead against the bright sky. Often seen as a black shallow V in the sky, a Turkey Vulture up close is a brown-bodied, silver-feathered, long-winged bird with a featherless, red head and extremely hooked ivory-colored beak — both of which aid in the bird’s feeding on dead animals.

Almost strictly a carrion bird, the Turkey Vulture prefers a patchwork sort of landscape — farmland and nearby forest — in which to forage and nest; after all such a landscape offers the best sort of protection and food. Turkey Vultures use both an excellent sense of smell and their sight to locate food and have “unusually well-developed olfactory organs,” according to Birds of the World.

As for this bird’s unique qualities, you should remember that the Turkey Vulture, when distressed or threatened, will vomit in order to (hopefully) repel the agitant so that it can make an escape unharmed. Good news, though! When you visit the Houston Audubon Raptor Center to meet Laka, our resident Turkey Vulture, we’ll make sure she’s not been fed so as to minimize the risk of any unpleasantness!

Ultimately, Turkey Vultures are important to our ecosystem in and around Houston. They take care of dead animals. They clean up the area. They are, to use a cliché, nature’s garbage collectors. 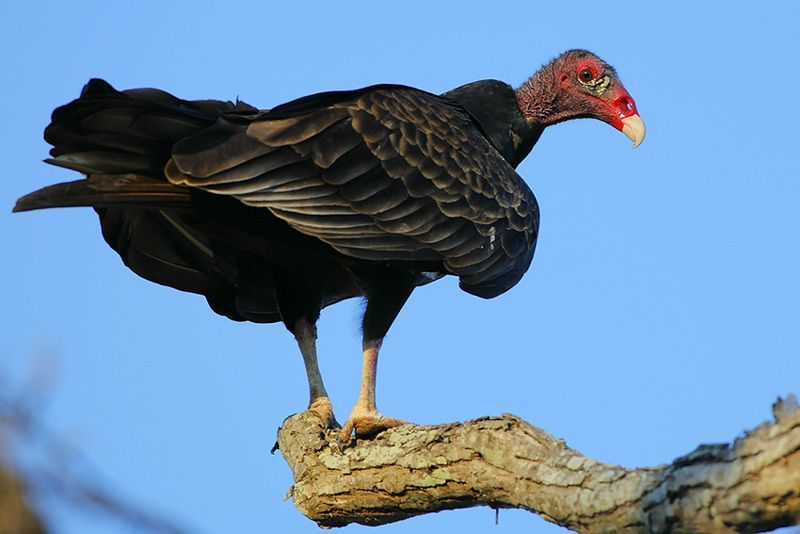 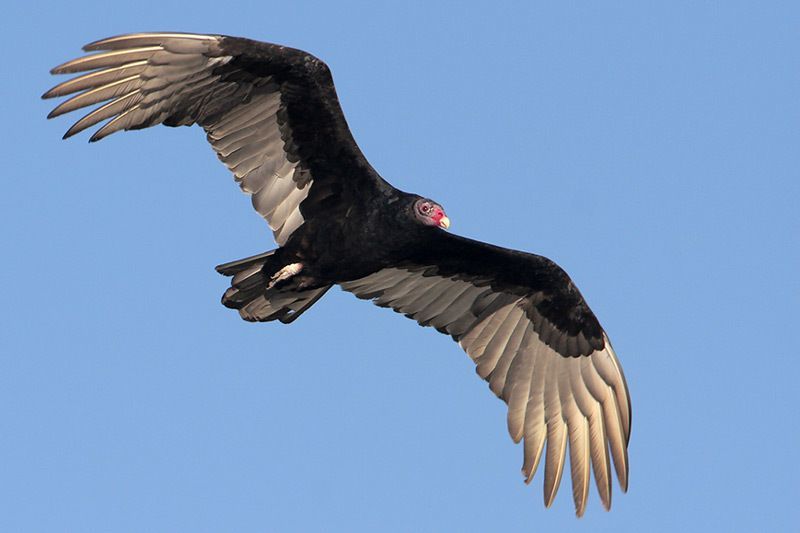 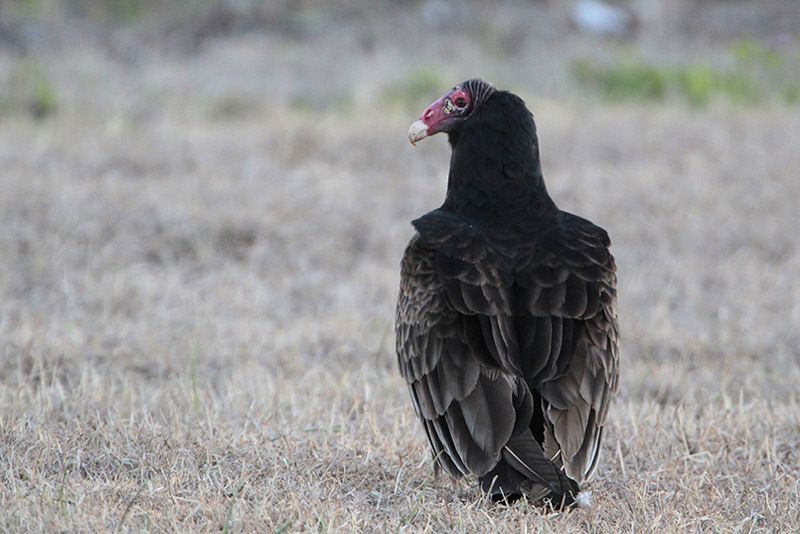 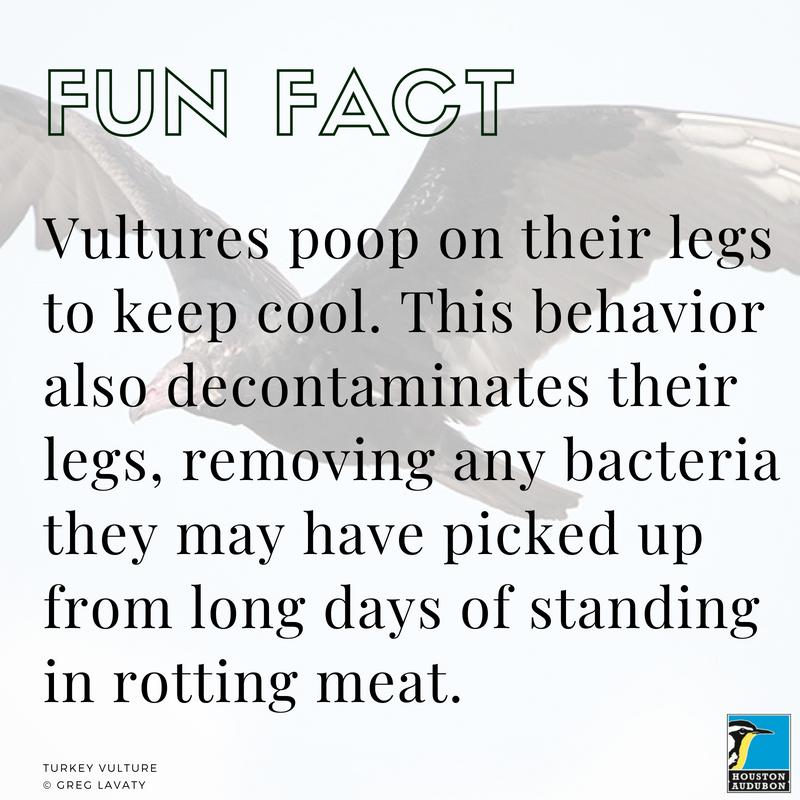