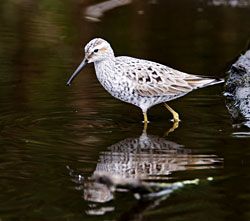 Notes by Susan Billetdeaux: Stilt Sandpipers have been found throughout the year but are most common in spring and fall. They breed in northern Alaska and Canada. Adults in breeding plumage are very distinctive but the ones on the Upper Texas Coast are immatures or nonbreeding adults. Stilt Sandpipers resemble dowitchers in feeding behavior. Compared with dowitchers their tails are higher up in the air when they probe for food. Stilt Sandpipers may fly in extremely large groups.

It actually belongs to the Calidris genus with the “peeps”, including Least Sandpipers and Dunlin. However, it has long, yellow-green legs and a long, drooping black bill that give it a yellowlegs appearance. It is also relatively large for a peep, being around the size of a Lesser Yellowlegs. In the breeding season from April to August, it has heavy, dark barring with a rufous cap and cheek patch. This ornate plumage fades to a dull gray in the nonbreeding season, although it keeps its distinct white eyebrow year-round. In flight, you may notice a white rump and a white band under the wings.

Perhaps the easiest way to identify a Stilt Sandpiper is by their foraging behavior. They are often seen in belly-deep water, probing deeply and rapidly in mud, similar to the sewing machine style of dowitchers. However, they move up and down frequently like an oil rig, tilting their tails into the air. While their foraging style may be reminiscent of dowitchers, their bill is much shorter and narrower.

Stilt Sandpipers are common fall migrants in Texas, flying from their breeding grounds in the Arctic to their wintering grounds in South America. They can often be found in shallow freshwater ponds and impoundments rather than the tidal mudflats used by the other peeps. 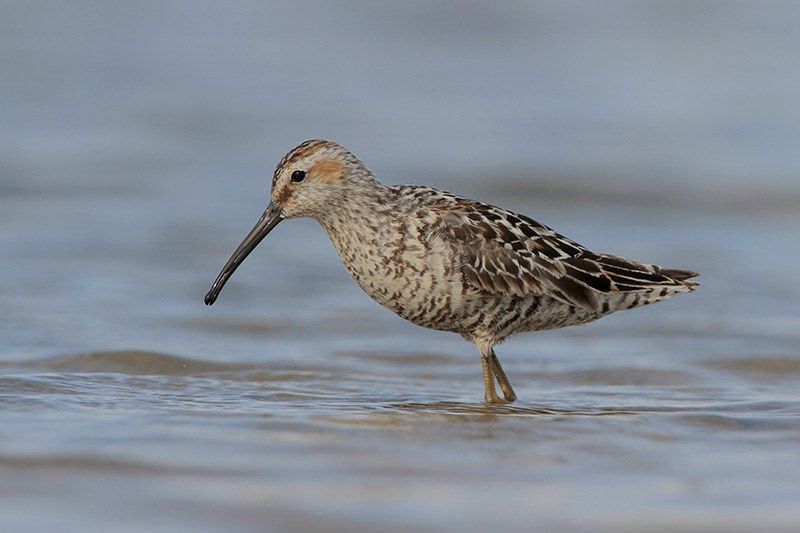 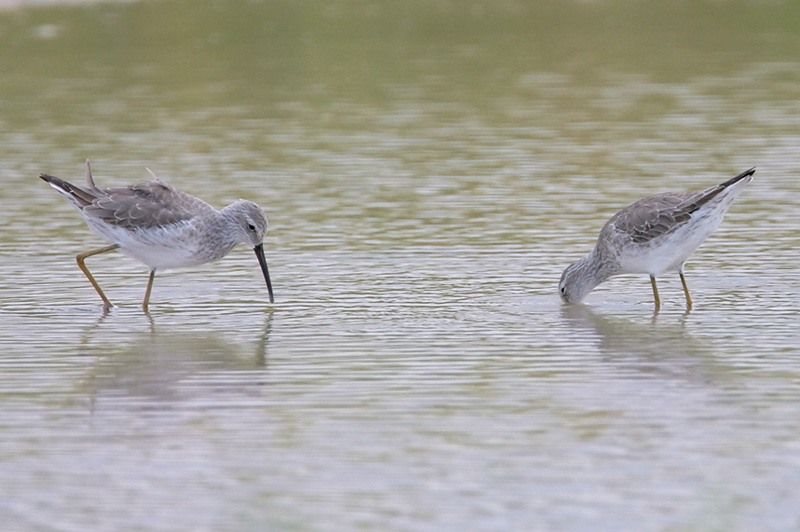 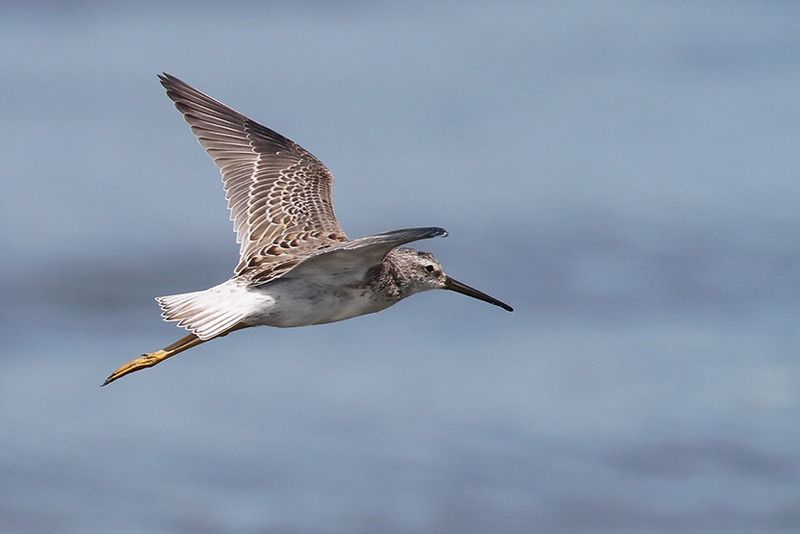