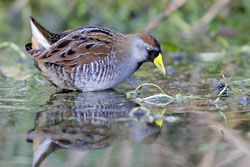 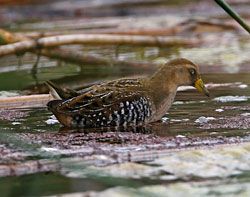 Profile by Phoebe Honscheid: Secretive and cryptic, rails have evolved to avoid detection among the dense reeds of freshwater marshes. The Sora is no exception, although one characteristic sets it apart from other North American rails: its lemon-yellow bill. This striking bill is quite short and stubby, which allows it to primarily eat seeds. The longer, curved bills of Virginia Rails are more suited for invertebrates. These contrasting bill morphologies ensure resource partitioning, meaning these two rail species can coexist in the same habitat.

Apart from its distinctive stubby bill, the quail-sized Sora has a black mask, gray neck, and white undertail coverts. Its cryptic brown back pattern helps it disappear in the grasses and it has greenish legs with long toes for walking in uneven marsh terrain. Juvenile Soras lack the yellow bill of the adults and are overall more brown with a buffy chest. They look similar to Yellow Rails, but their backs do not have the clear buffy stripes of both adult and juvenile Yellow Rails.

Soras are also easily recognizable by their distinctive descending whinny call, which slows down at the end. They often give this call when startled. Like other rails, Soras are solitary birds although they form pair bonds while breeding. While foraging, they constantly flick their short, upright tail.

Although they are often difficult to see, Soras are the most abundant rail of North America and are found in the entire United States mainland. Even with their short, rounded wings, they are able to fly south to their wintering grounds in the Southern United States, Central America, and South America. We can see (or more likely hear) these birds in Houston during the fall, winter, and spring. 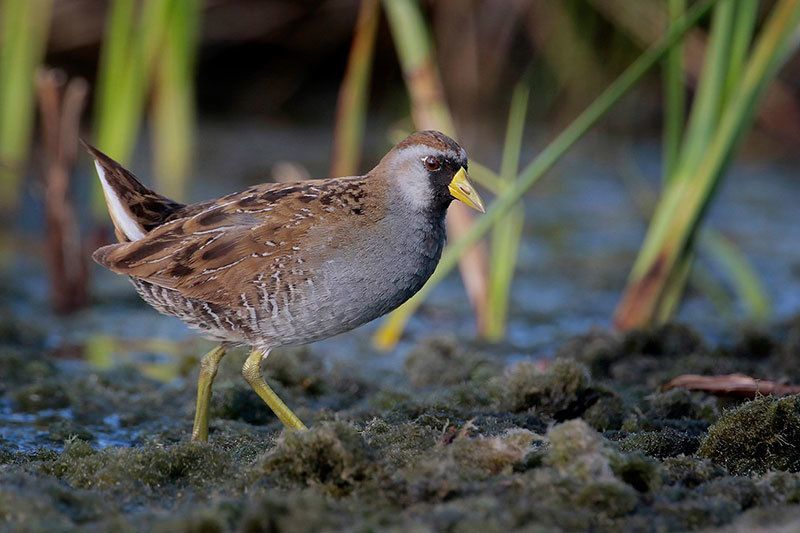 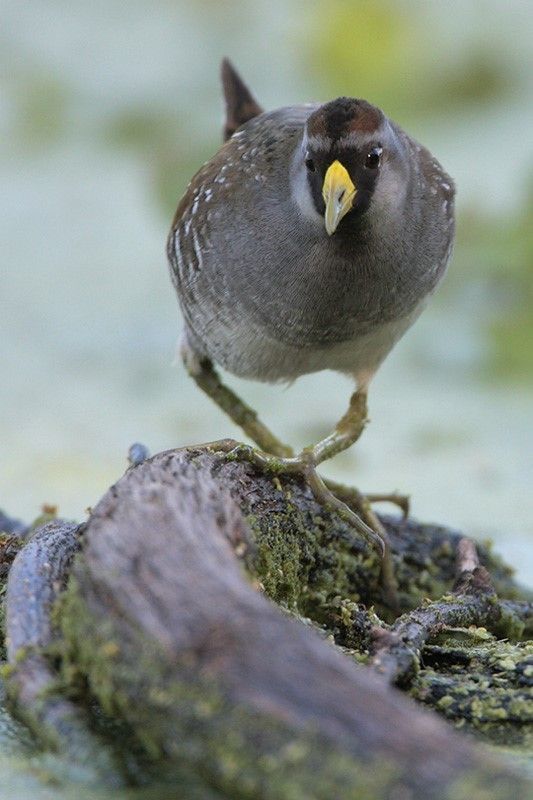 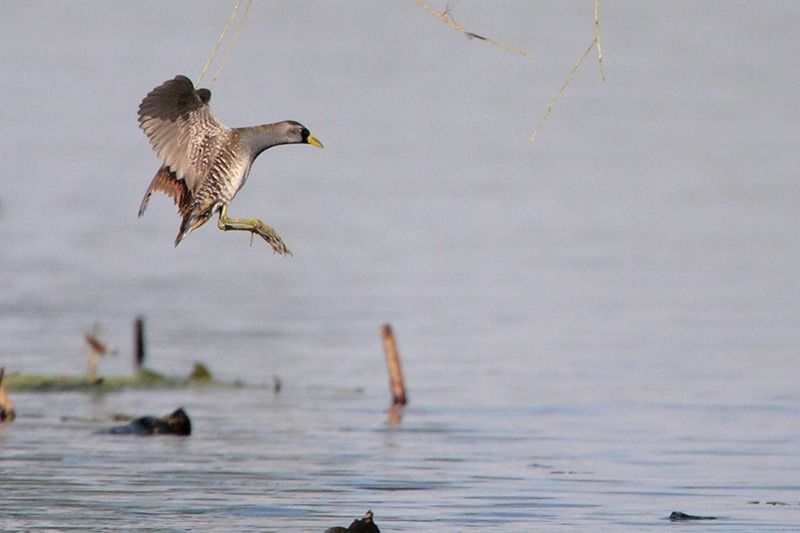