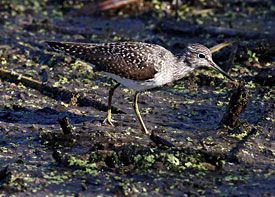 Profile by Daniel Elting: The Solitary Sandpiper is a medium-sized slender shorebird with a spotted back, bold white eye-ring, and greenish-yellow legs. This bird is often confused with similar species such as Spotted Sandpiper which have smoother backs and less prominent eye rings, and Lesser Yellowlegs which are larger and mottled.

Solitary Sandpipers have a unique nesting strategy compared to other shorebirds, nesting in the abandoned nests of songbirds of similar size. Tree nesting is only observed by two shorebirds across the entire world, with the Green Sandpiper of Eurasia being the only other species that does it. Solitary Sandpipers breed in the taiga forests in the high latitudes of North America.

Solitary Sandpipers disperse during migration, stopping over across the U.S. mainland in appropriate habitat. They often make a high pitched “weet weet” call while in flight. As fall migration has begun, Solitary Sandpipers are passing through southeast Texas right now (written in August). Several individuals have been recently observed foraging at our Smith Oaks Rookery at High Island. Come see if you can spot one for yourself! 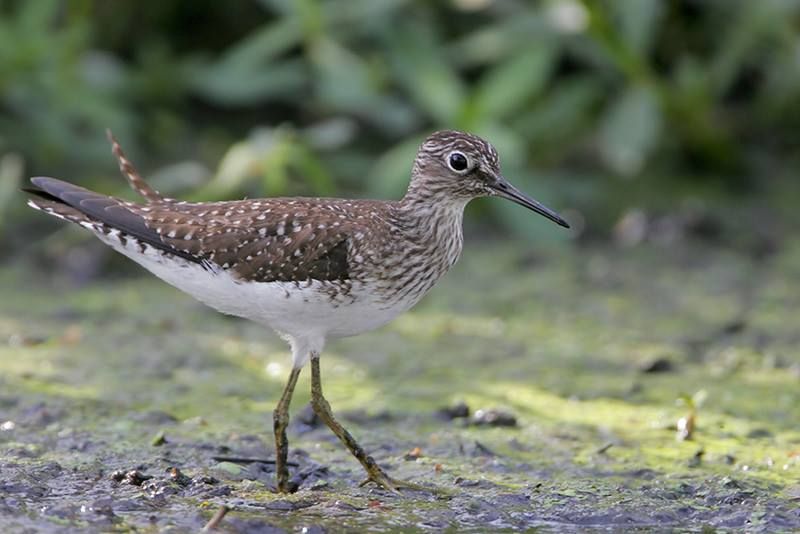 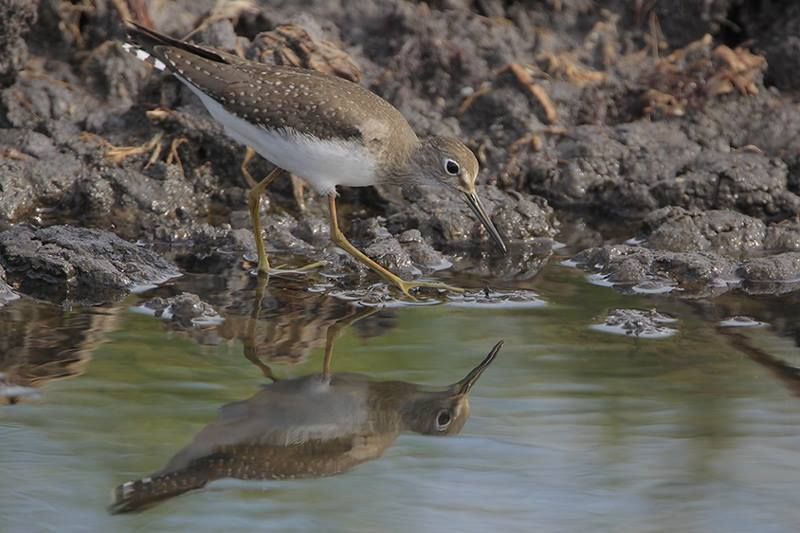 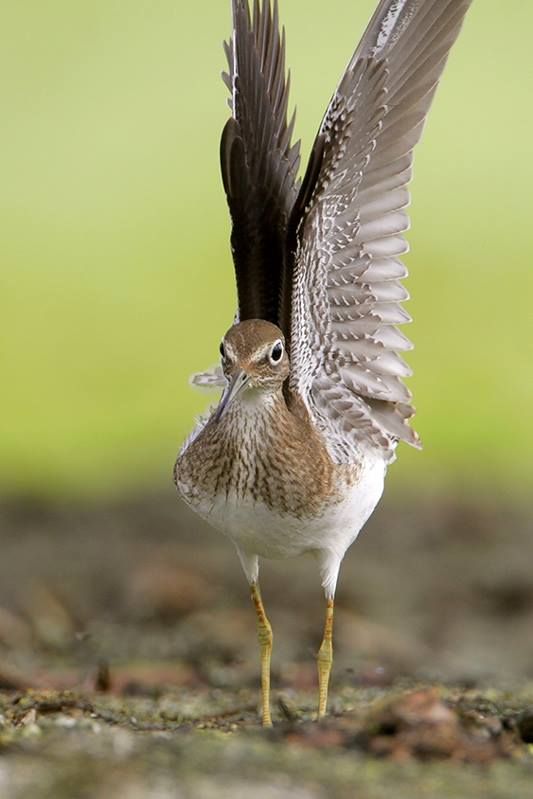