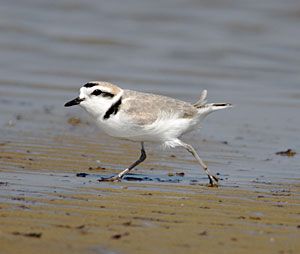 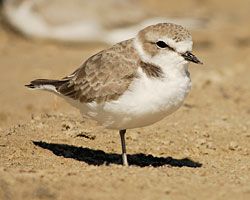 Profile by Aidan Healey: The Snowy Plover blends in so well with its beach environment that at first glance it may seem to be just part of the beach. It is light, sandy gray above and white below, with a thin black bill and gray legs. In its breeding plumage, the Snowy Plover also has dark spots on its forehead and behind its eyes, as well as on the sides of its neck, which give it a partial necklace.

The Snowy Plover is an active beachgoer, often seen running around energetically in search of worms and insects to eat. Snowy Plovers rarely just walk, rather they start running directly from a standstill and can change direction and stop just as abruptly. Young Snowy Plovers learn to follow in their parents’ footsteps very quickly, and they are able to run around on their own as soon as a few hours after hatching.

In the Houston area, Snowy Plovers are most easily found on coastal beaches, where they prefer large, flat areas of mostly dry sand. Though some Snowy Plovers do breed on beaches along the Texas coast, they are more common in our area during the non-breeding season from mid-August through March.

The Snowy Plover is similar to a few other species of small plovers, though it is easily recognizable by its unique grayish legs and dark patch behind the eye. The Piping Plover – which is also the pale color of dry sand – has orange legs, and the Semipalmated Plover is slightly darker brown above, more closely resembling the color of wet sand. 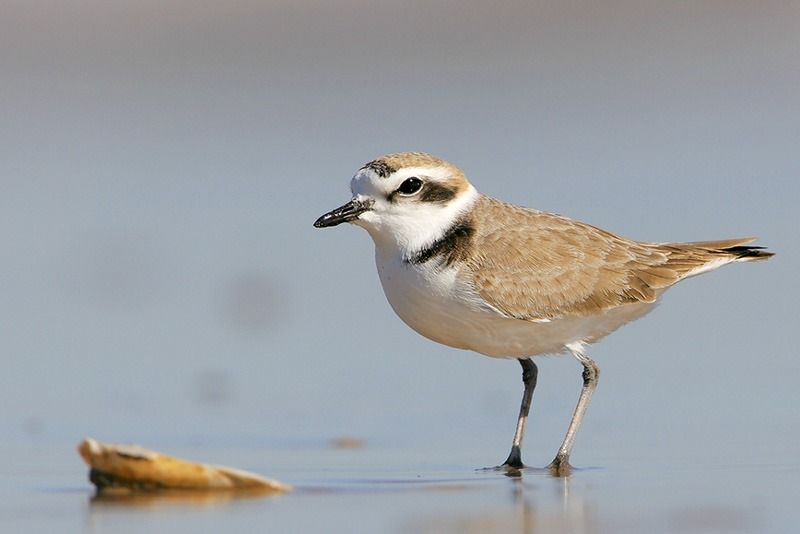 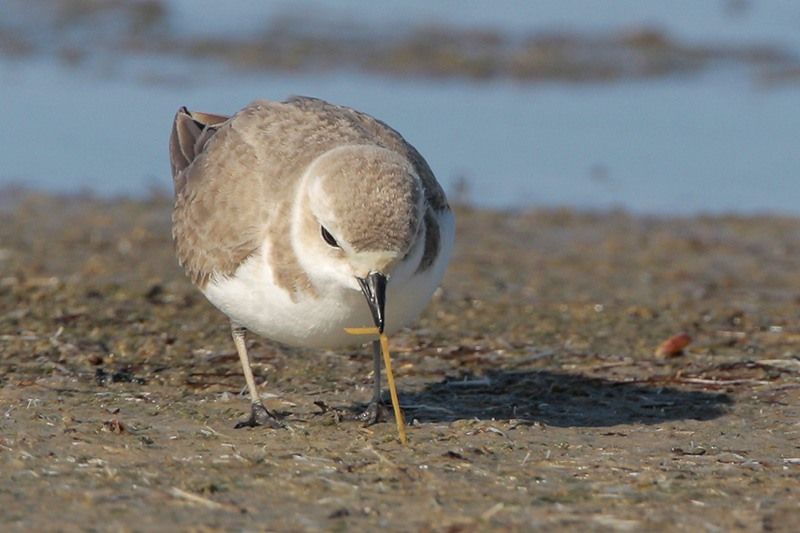 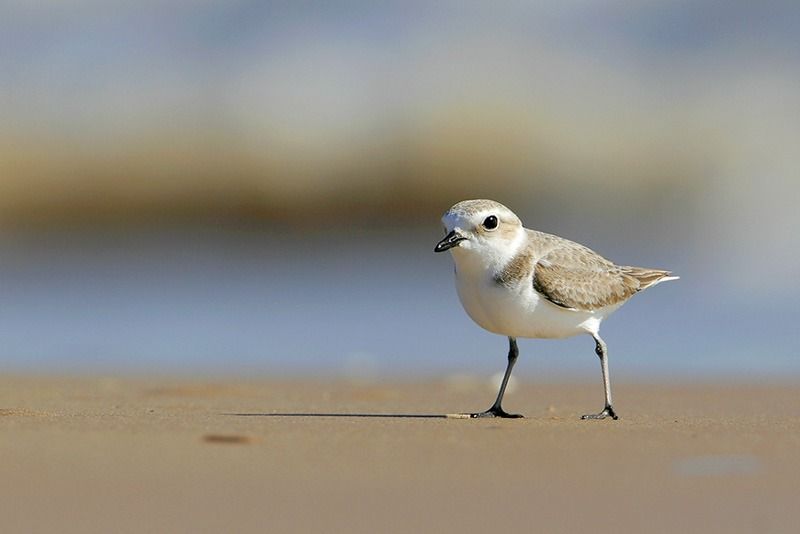