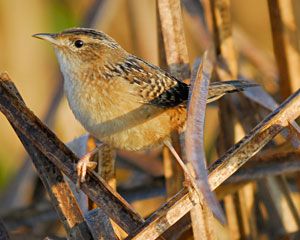 Song: Dry staccato chatter which ends in a dry trill.

Notes by Susan Billetdeaux: Sedge Wrens are secretive and difficult to spot in marshes. They are most easily found through their song. Identifying marks: small, short, thin bill, indistinct white eye stripe, very short tail. In comparison with Marsh Wrens, they are more uniformly brown; the back stripes are less distinct, the bill is shorter, and white eye stripe less distinct. Marsh Wrens and Sedge Wrens usually do not occur in the same habitat. Sedge Wren populations appear to be in decline because of the species' dependence on sedge marshes which have been greatly reduced in number.

Profile by Sarah Lefoley: Sedge Wrens are small, round, nutmeg-colored birds, with curved bills, inconspicuous eyebrows, finely streaked heads, lighter chests and bellies, and thicker brown and white streaking on the backs, and tails. Their tails are short and are often raised. You are likely to hear them before you see them, due to their secretive behavior.

This wren tends to stay hidden deep within prairies, grassy marshes, and sedge meadows; much to the frustration of birders and photographers alike. When they sense danger, sedge wrens will run away and fly short distances back to the safety of the dense vegetation or sedge meadows to avoid predation.

Sedge wrens forage close to the ground, searching vegetation for insects, such as spiders, ants, grasshoppers, flies, and moths. They will sometimes fly short distances to catch their prey in the air. These wrens build small spherical nests out of grasses and sedges, three feet or less from the ground. Nests are built with the entrance on the side and are lined with soft material, such as fur, plant down, or thin grasses. Sedge wrens will often peck holes into the eggs of neighboring bird's nests, regardless of species.

Sedge wrens breed in the northern parts of the Midwest. They migrate there from their wintering grounds in the southern US and northern Mexico. 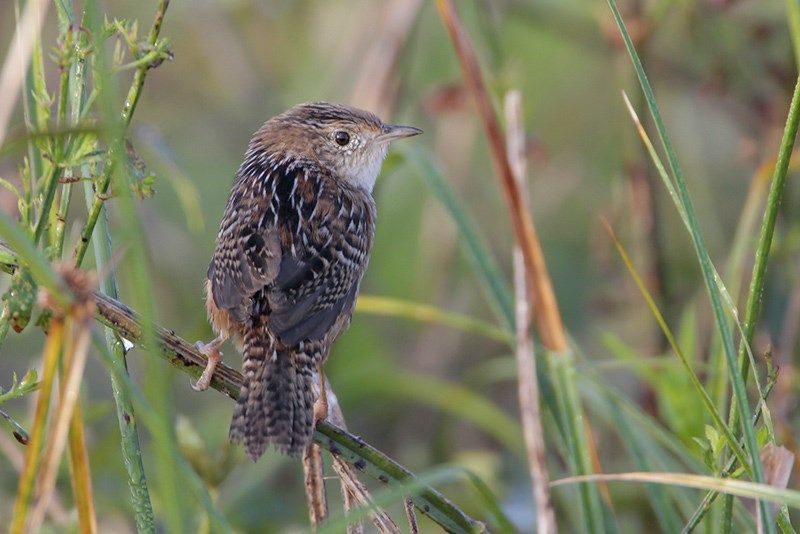 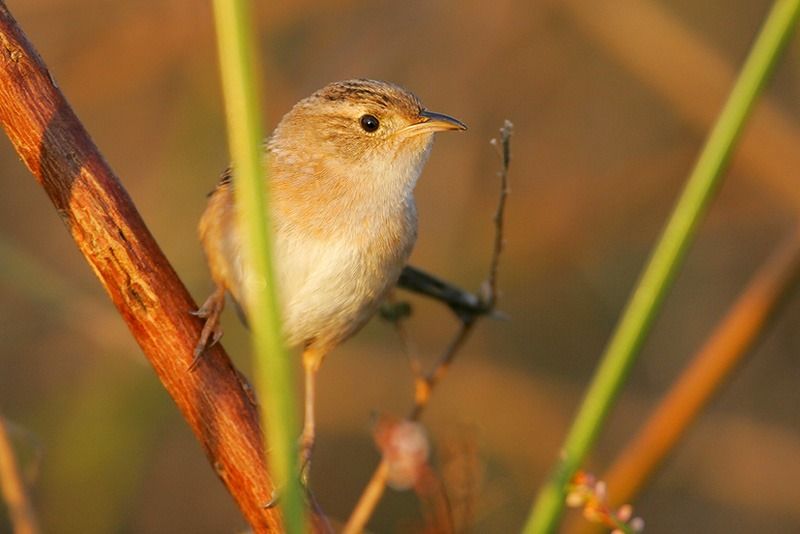 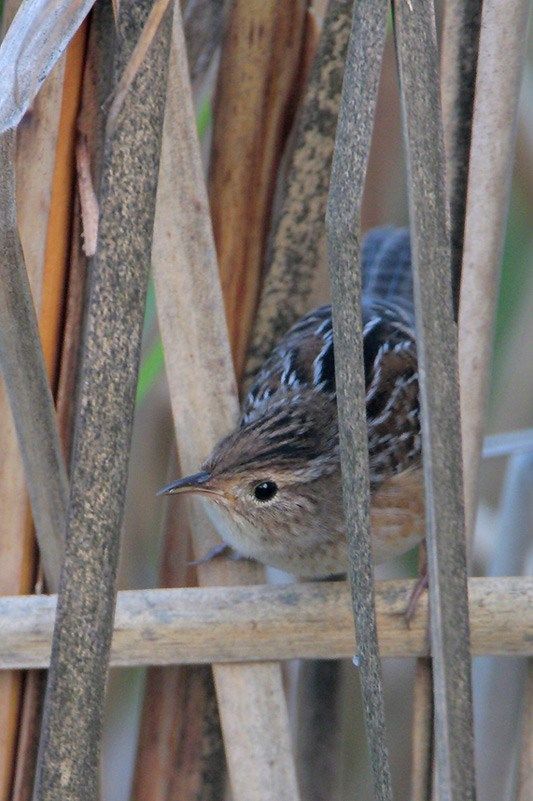