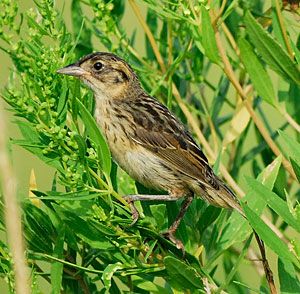 Profile by Bryce Loschen: Seaside Sparrows are medium-sized sparrows with short tails and long bills. There are several different subspecies of Seaside Sparrows, each with their own plumage and range. The Gulf Coast subspecies are gray colored with a buffy chest, distinct dark streaks on the chest and back, and a yellow stripe in front of the eye. The eye stripe is less prominent in juveniles. Seaside Sparrows can be difficult to find without hearing their soft buzzy song, which is reminiscent of a distant Red-winged Blackbird.

Seaside Sparrows are coastal salt marsh specialists. It is very rare to find one away from their preferred habitat of Spartina grass, rushes, and saltgrass along the coast. Seaside Sparrows eat a variety of seeds, insects, and other invertebrates. They forage on the ground probing through the mud and picking items off vegetation. The bill of seasides is longer than most sparrows, more similar to omnivorous bird species.

During breeding, females construct open grass cup nests lined with fine grasses and sometimes partially covered with a canopy. They lay 2 to 5 eggs, and both parents feed the young after hatching.

Seaside Sparrows are found along the Gulf and Atlantic coasts from south Texas to New Hampshire with the exception of the central and south coasts of Florida. Overall Seaside Sparrows are common, but are threatened by loss of coastal salt marshes. In 1987 the Dusky Seaside Sparrow subspecies in Florida went extinct, and the Cape Sable population in southern Florida is endangered. Look and listen for "seasides" in tidal marshes all year round. The Bolivar Flats and Horseshoe Marsh Bird Sanctuaries are great places to find them! 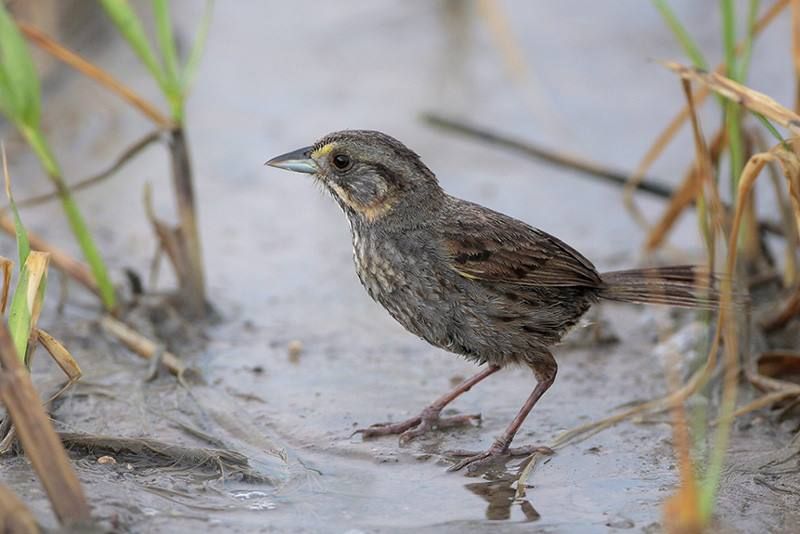 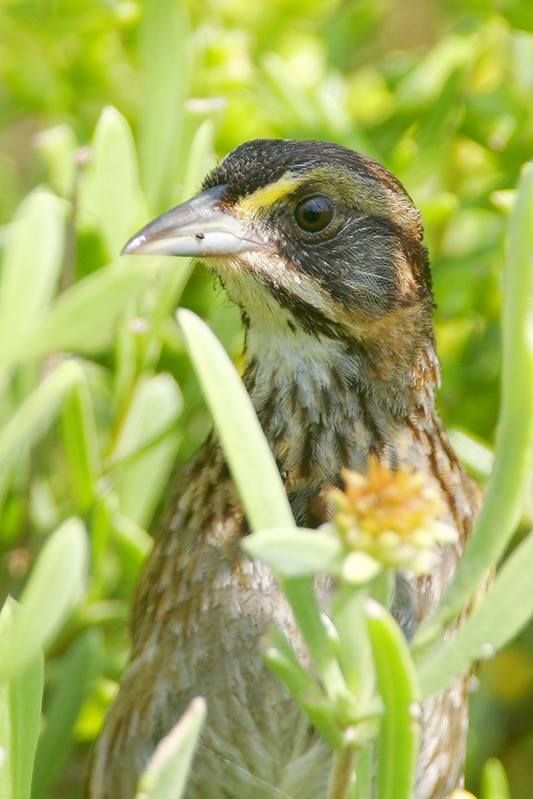 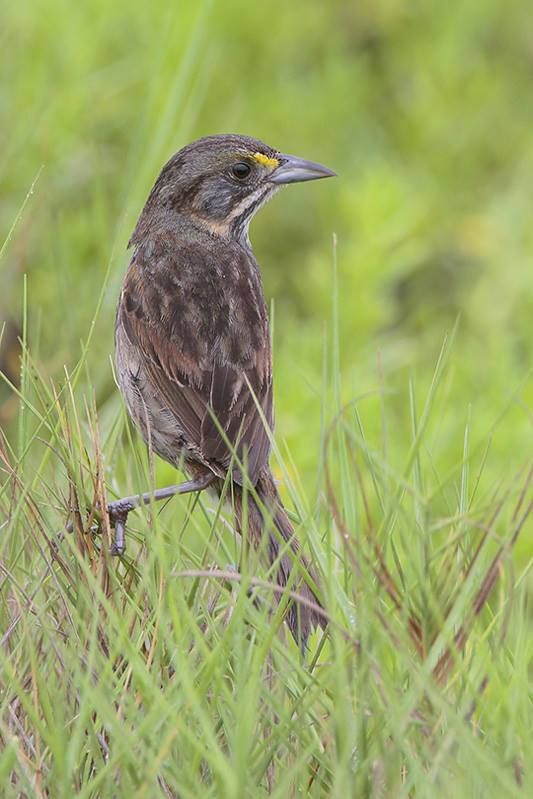