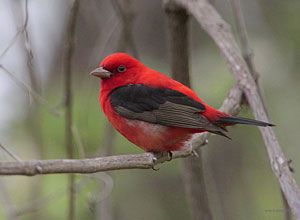 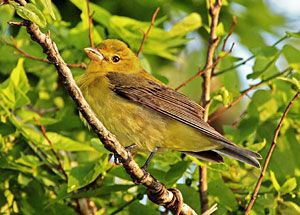 Profile: The breeding Scarlet Tanager male is one of the most brilliantly colored birds that you may encounter during migration. In spring and summer, the males are scarlet red with jet black wings and tail. Females and fall immatures are olive-yellow with darker olive wings and tails. After breeding, adult males molt to female-like plumage, but with black wings and tail.

Of the more than 230 species of tanagers that occur in the western hemisphere, only four regularly migrate to North America to breed, almost as if to tempt us to visit the Neotropics to see their colorful kin. Wintering in Amazonia and nesting in deciduous forests in the eastern half of North America, the Scarlet Tanager migrates farther than any other tanager.

Despite their brilliant coloring, Scarlet Tanagers can be difficult to spot as they are birds of the tree top canopy where they forage for insects such as weevils, wood borers, leaf beetles, cicadas, scale insects, dragonflies, ants, termites caterpillars, wasps and bees. Their call is a hoarse chip or chick-burr, unlike other tanagers. Some say their song sounds like a robin with a sore throat.

Our Beak of the Week for March 13, 2021 is one of 12 birds featured in Confluence, a public art installation currently in progress along the Bayou Greenway trail at the confluence of White Oak and Buffalo Bayous. The 223-foot mural, created by artist Jane Kim, founder of Ink Dwell Studio, showcases the birds that call Houston's bayous home. Confluence is commissioned by Houston Parks Board and hosted in collaboration with Buffalo Bayou Partnership. Houston Audubon is pleased to provide ornithological expertise and collaborate on programming and promotion of the mural. #ConfluenceHOU 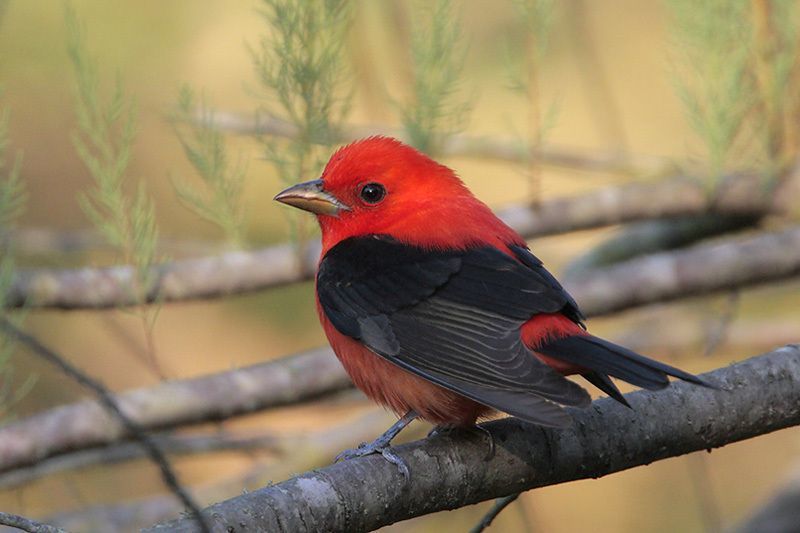 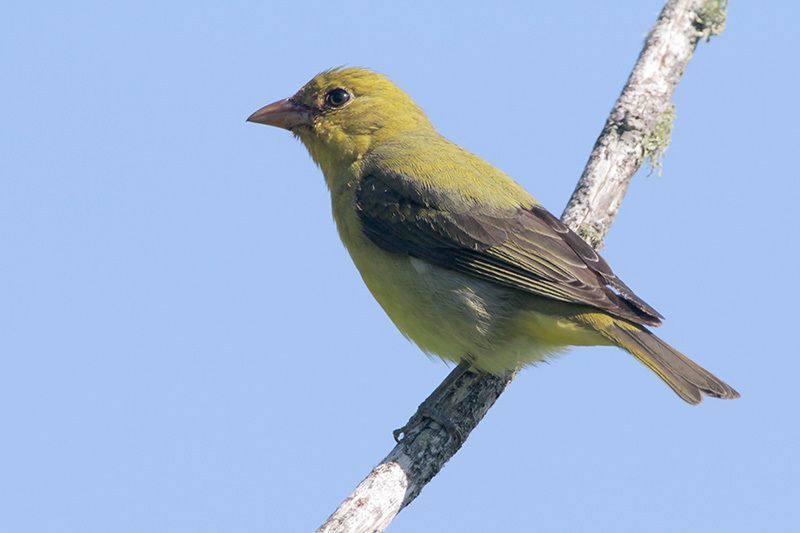 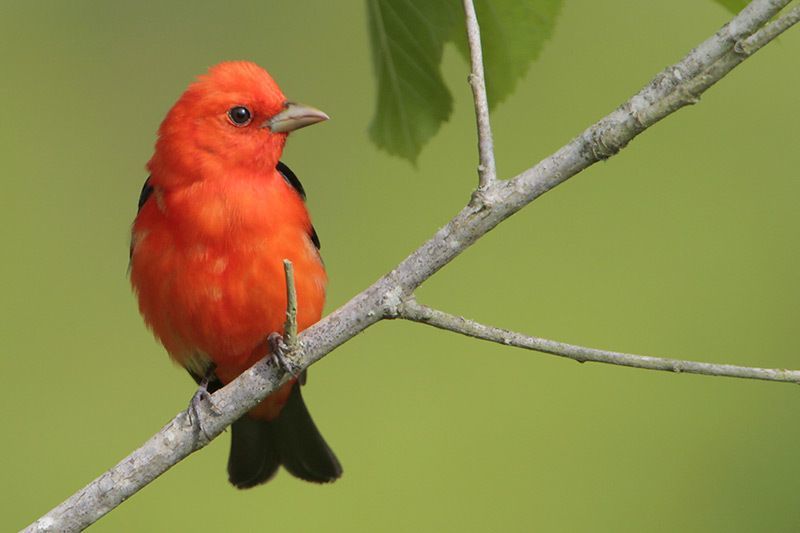