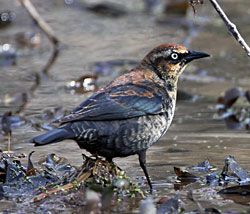 Notes: Rusty Blackbirds are an increasingly rare member of the blackbird family. Population numbers appear to be in steep decline. They breed in the wooded swamps of Canada and Alaska and are most likely to be seen on the Upper Texas Coast October through March. The birds seen here are normally in winter plumage: adults of both sexes have rusty feather edges. First winter males and females look very similar, but females have gray rather than black plumage. In breeding plumage, males are glossy black, and females are gray. In our area, Brazos Bend State Park and Bear Creek County Park have been productive locations. Both photos on this page were taken at Brazos Bend State Park in January, 2009. 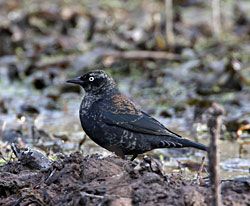 Profile by Phoebe Honscheid: Rusty Blackbirds have been the talk of High Island in the late winter of 2021, as they are currently being seen in Smith Oaks Sanctuary for the first time. They winter in the Eastern United States and are relatively uncommon in Southern Texas.

These birds have a thin, curved bill and a shorter tail than Common Grackles. Breeding males have the glossy black plumage that is characteristic of Icterids. Nonbreeding males, however, have black or dark brown feathers with rusty edging. A black mask surrounds their pale iris, bordered above by a pale supercilium. Females look similar to nonbreeding males but are lighter overall with a gray rump.

They prefer wooded swamps and pond edges, where they forage on the ground for insects and seeds, often wading through water and flipping over leaves. Rusty Blackbirds form small flocks and may associate with Red-winged Blackbirds and Common Grackles during the nonbreeding season. In the breeding season, they select a wet area to build their nests in the boreal forests of Canada and Alaska.

Unfortunately, Rusty Blackbirds are experiencing an extremely steep decline, with the population reduced approximately 85-99% of what it was 40 years ago (according to the 2014 State of the Birds Report). Although we are not sure what is causing this, it is thought that wetland drainage, deforestation, climate change, and mercury poisoning may be involved. If you want to see these beautiful and vulnerable birds up close, be sure to stop by Smith Oaks Bird Sanctuary soon. 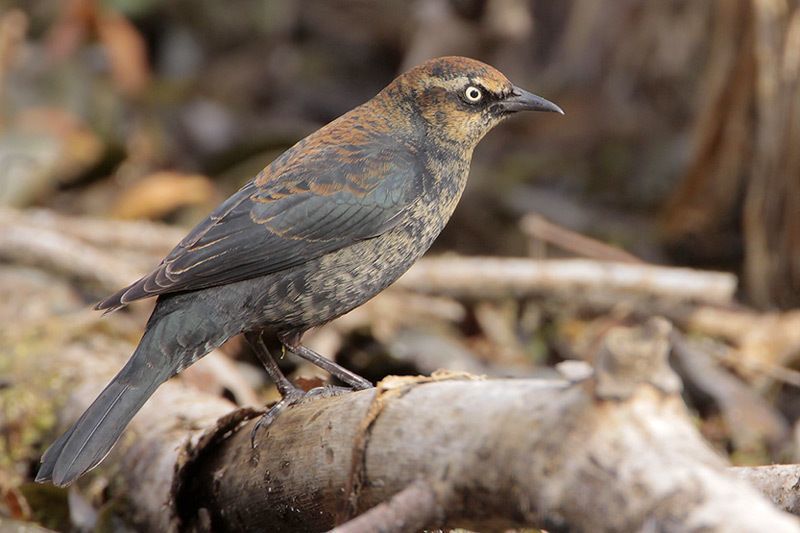 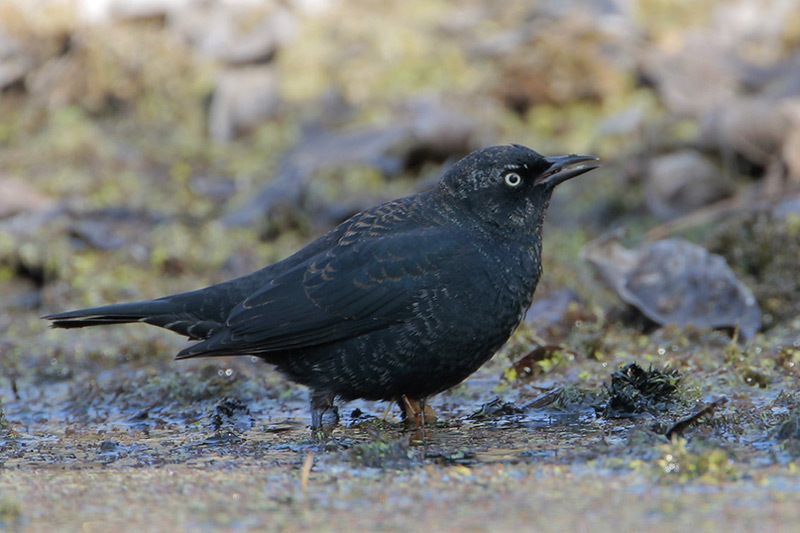 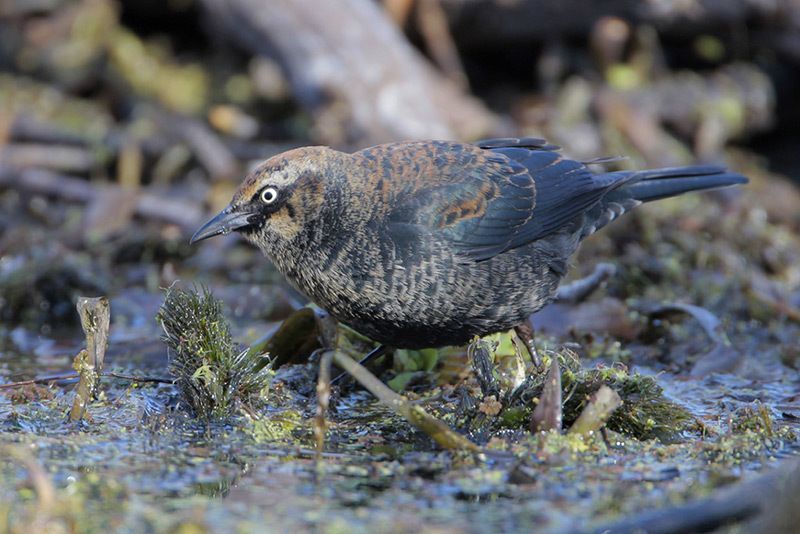