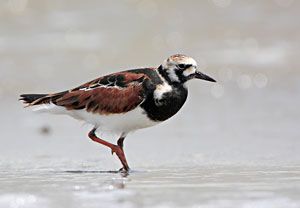 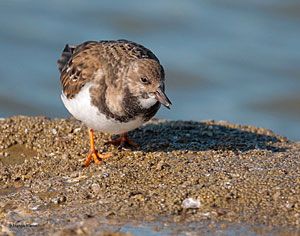 Profile by Bryce Loschen: The Ruddy Turnstone is the calico cat of shorebirds. In the breeding season, both males and females have bright orange legs, an orange-and-black patterned back, white belly, and black-and-white face. As if not yet distinctive enough, a Ruddy Turnstone in flight gives off more clues to ID them, including a white stripe that runs down their back, a white rump, and a black stripe on their tail. The nonbreeding plumage resembles the breeding plumage, but replaced with brown rather than the distinct orange and black. The dark brown chest patch is especially noticeable in the nonbreeding season.

Ruddy Turnstones have acquired their name for an oftentimes overlooked reason: they feed on adult and larval flies by turning over stones along coastlines. Among stones, they will also flip over any other item that can shelter these insects: shells, seaweed, etc. Their bill is stout and slightly upturned, therefore perfectly outfitted for this feeding behavior.

During the breeding season, Turnstones will stick to a strict diet of flies and midges, but they are willing to expand their palate during the nonbreeding season, as they are long distance migrants and need as much fuel as they can get. They breed in the Arctic tundra along rocky shorelines and in North American tundra among bodies of water such as marshes and ponds. They will use beaches, mudflats, and freshwater shorelines as rest stops during migration, which makes Bolivar Flats a near guarantee for a Ruddy Turnstone sighting (and sometimes dozens!). 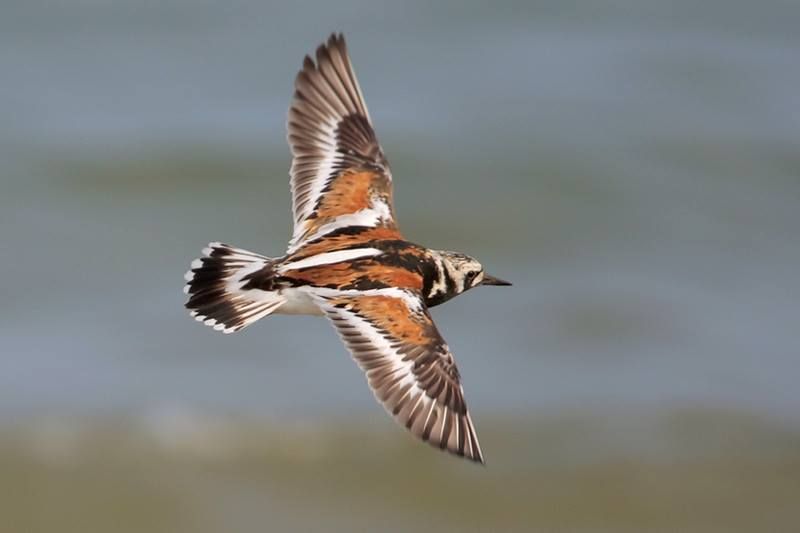 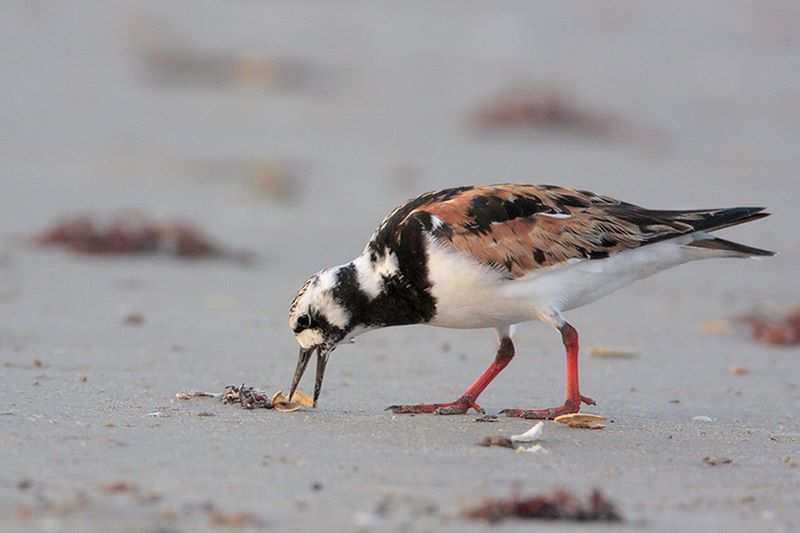 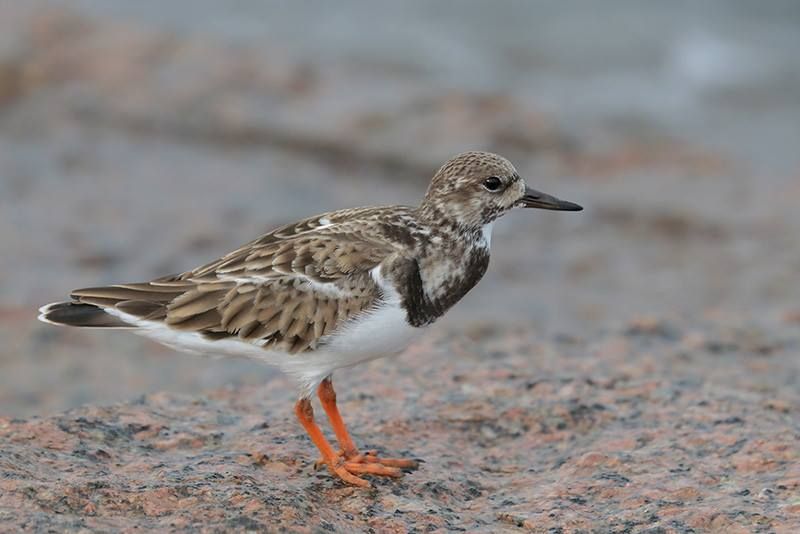