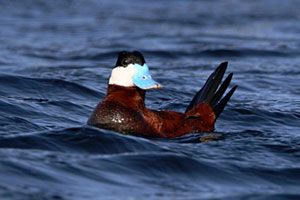 Notes by Susan Billetdeaux: Ruddy Ducks are small, chunky, diving ducks. They are the most common of the stiff-tailed ducks sometimes found in large flocks. In breeding plumage males have a bright blue bill and rufous bodies. In winter, males have slate-gray bills with grayish-brown plumage. Females have a single smudgy horizontal dark line through their white cheek patch. Females are sometimes confused with the much more rare female Masked Duck. Female Masked Ducks are distinguished by two smudgy lines through a buff cheekpatch.

Profile by Phoebe Honscheid: The Ruddy Duck is named after its reddish-brown body, although it is perhaps more easily recognized by its striking light blue bill. Ruddy Ducks lay the largest eggs of all waterfowl, proportionately. The ducklings are already well-developed when hatched and need minimal parental care.

This small and compact duck often raises its spiky tail vertically while swimming. In fact, the genus name Oxyura means “sharp tail” in Greek. Only breeding males have the distinctive blue bill. They also have a chestnut body, black head, and well-defined white cheek. The rest of the year, males are brownish-gray with a gray bill, although they retain the black cap and white cheek. Their plumage looks similar to that of a nonbreeding Black Scoter, but Ruddy Ducks are smaller with a long, raised tail. Females have a dark brown cap and an arched line across their cheek.

Ruddy Ducks are widespread throughout the United States and are most common in the Houston area during fall, winter, and spring. They mostly breed in the upper Great Plains and Canada and winter in the United States and Mexico on ponds, lakes, and marshes. In the 1950s, Ruddy Ducks escaped from captivity and established a European population, much to the detriment of the related, native, and endangered White-headed Duck.

These stocky waterfowl are diving ducks and form small, unmixed flocks while foraging. They dive to the bottoms of water bodies to strain invertebrates from mud using small plates on their bill. Despite their small size, they are known for their aggression towards other Ruddy Ducks and other species, especially during the breeding season. 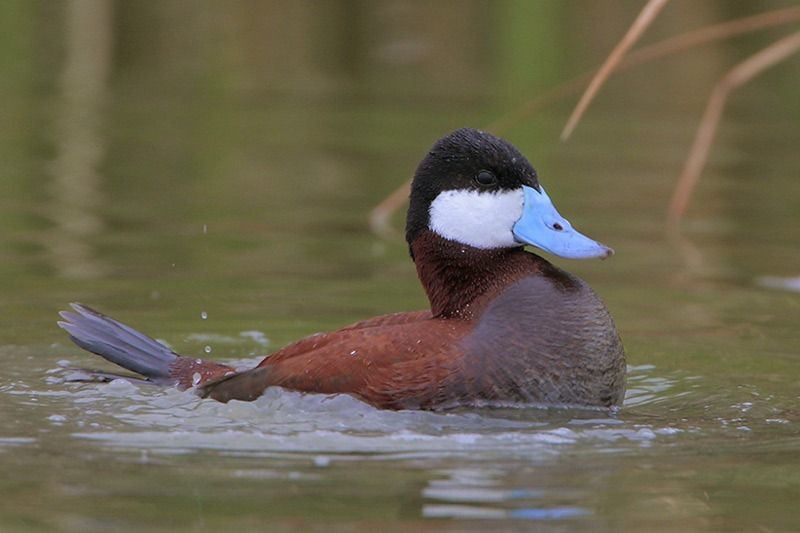 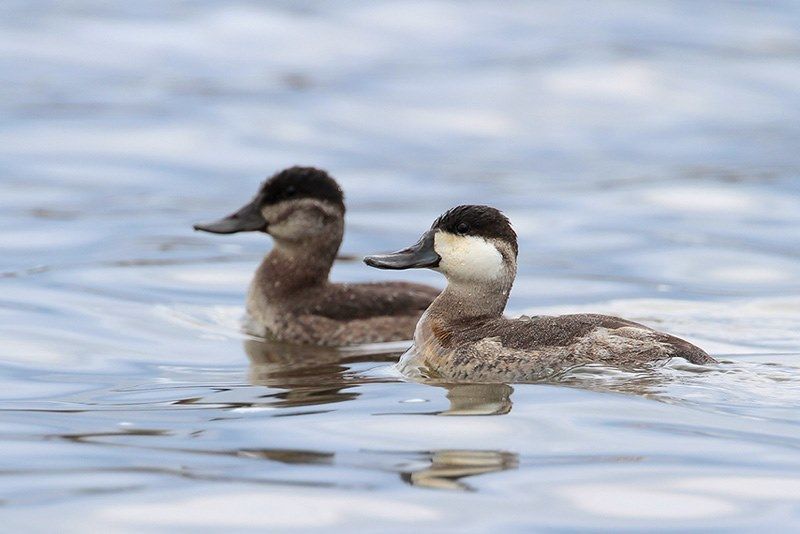 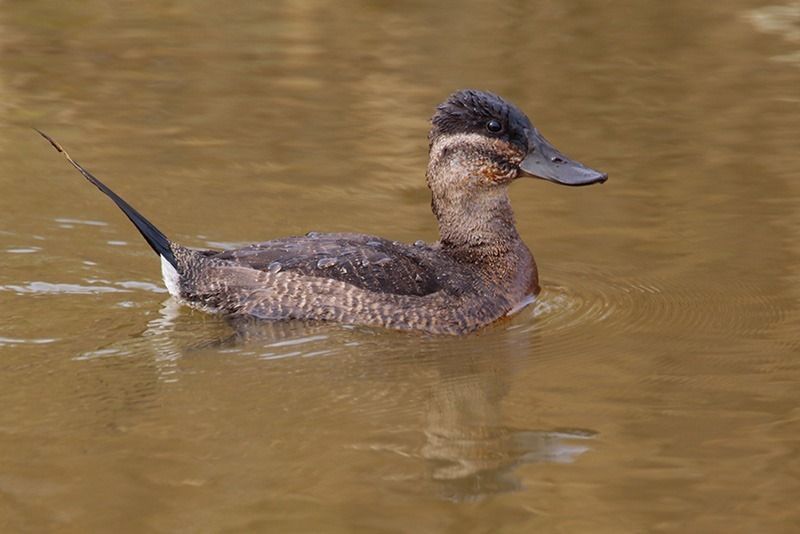