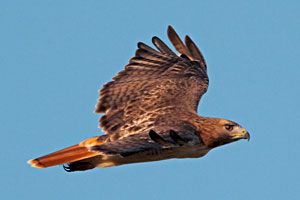 Seasonal Occurrence: Abundant late September through early April. A few may be seen other times of the year. Only occasionally breeds in our area. 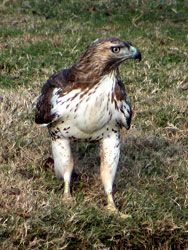 Profile by Glenn Olsen: Red-tailed Hawks are one of my favorite raptors. I enjoy them because their plumage is highly variable. The color pattern ranges from the classic bird with brownish upper parts, whitish underneath with brown markings, and a reddish tail to the almost totally black "Harlan's" Red-tailed Hawk. The "Krider's" Red- tailed Hawk, a pale-colored subspecies, has extensive white throughout and may have a white or pale reddish tail. And just to keep matters exciting, there are variations ranging between these extremes. Complicating matters further are the immature birds of these different forms—they often can appear to most closely resemble a non-Red-tailed species. So if you want to learn to identify hawks, the Red-tailed Hawk is a good place to start! Red-tailed Hawks are often the most numerous raptor in a region. They can be found in various types of open habitat. This includes desert, scrublands, grasslands, roadsides, fields, and pastures, parks, broken or open woodland. In our area we have some breeding birds that can be found throughout the year. However, it is our winter months that are the best time to study Red-tailed Hawks. This is due to the fact that many northern breeding birds move south during the frozen winter of the northern states. Perhaps the best area for Red-tailed Hawks in our region is the Katy Prairie, but they can be seen in many areas that have open habitat. Fall hawk migration begins in August with Mississippi Kites, soon to be followed by many other species of raptors. So turn your eyes to the skies and look for a beautiful Red-tailed Hawk.

Another good characteristic is a dark bar between shoulder and wrist on the underside of the wings, which is present in both adults and juveniles. Red-tailed Hawks make a raspy screaming kee-eeeee-arr call which is often used in Hollywood productions for not just Red-tailed Hawks, but also eagles and other raptors.

Red-tailed Hawks can be found in almost any open habitat including woodlands with scattered clearings, prairie groves, mountains, plains, and roadsides. Their diet is mostly mammals such as mice, rats, rabbits, voles, and ground squirrels. They also occasionally eat birds up to the size of a pheasant or reptiles, especially snakes. Red-tailed Hawks often hunt by watching from a high perch, or flying over a field, then swooping down to catch prey.

Red-tailed Hawk courtship is an impressive display with pairs sometimes grabbing onto one other, clasping talons, and plummeting in spirals toward the ground before pulling away. Pairs typically stay together until one of the pair dies. Pairs create large stick nests at the top of tall trees.

Red-tailed Hawks can be found in every state in the continental United States. They are common and widespread with increasing populations. They can be found in Texas year round, but numbers increase in the winter as hawks from the far north migrate south. Look for them perched on roadside poles or soaring over open fields the next time you are on your way to visit one of Houston Audubon’s sanctuaries! 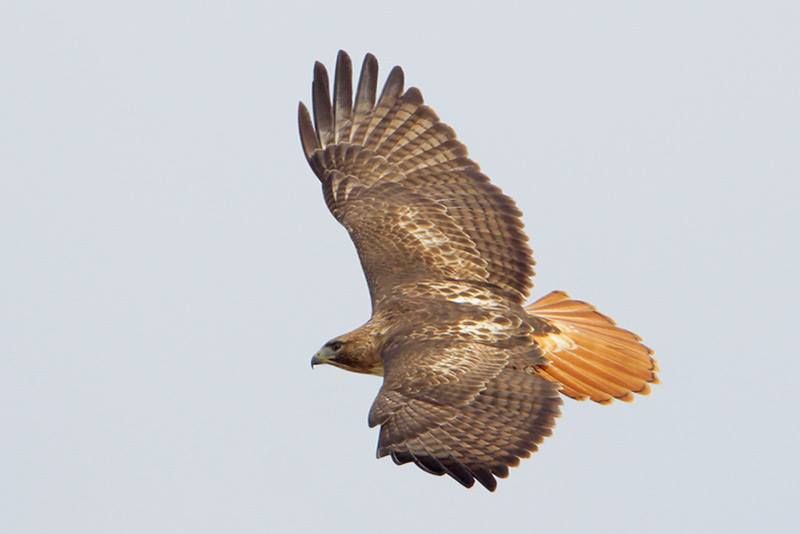 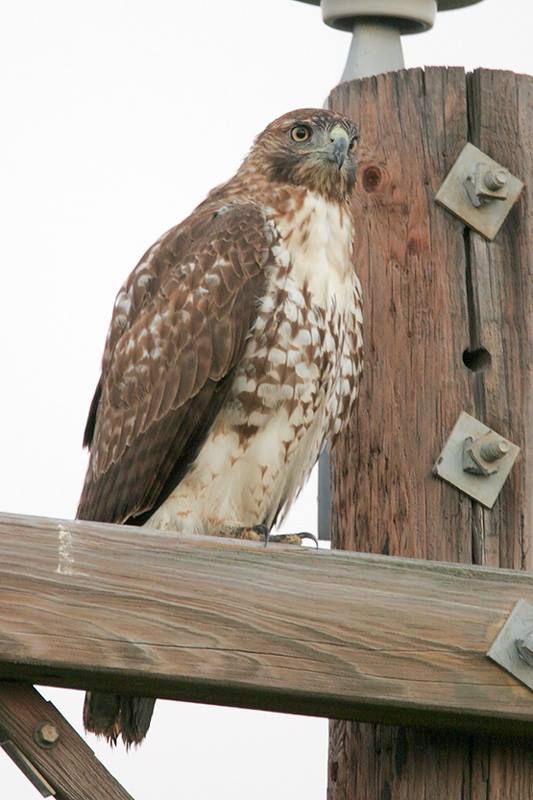 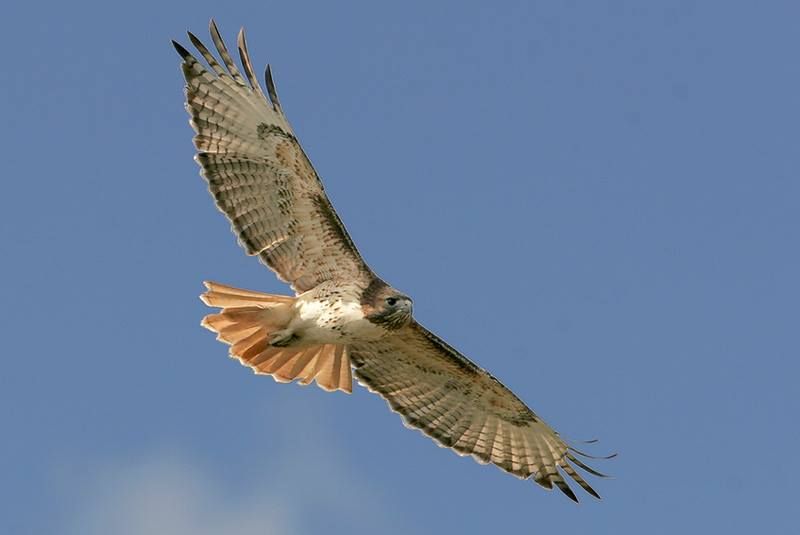