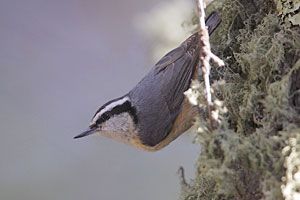 Red-breasted Nuthatches are a small bird with a gray back and wings, a short gray tail, lightly rufous underside, a white head with three black bands passing over the top of the head and through the eyes from the base of the bill.

Equipped with long, thin, black-gray bills, and strong, anisodactyl feet, Red-breasted Nuthatches appear to defy gravity as they walk up, down, and around tree branches and trunks, feeding on insects hiding in the tree bark crevices. They are known to take larger seeds from bird feeders, breaking them against tree bark using their powerful bills.

Because their bills are strong, Red-breasted Nuthatches are able to excavate their own nests in trees, an ability usually reserved for woodpeckers. Both males and females will work at excavating the nest. This species will often chose trees with soft wood, dead or partially dead trees, and trees with damaged crown branches. Pairs of nuthatches will coat the insides and outsides of nest entrances with conifer sap, sometimes using pieces of wood to do so. Populations in the western part of the country live in coniferous forests, while eastern populations can often be found in deciduous forests.

Notes: The Red-breasted Nuthatch is a small, blue-grey songbird with a long pointed bill, short tail, plump chest, and almost no neck. It has a patterned head with a black cap, a black stripe over the eye and a white stripe above it. It’s underparts are rusty-colored, with the coloring paler in females and juveniles than in adult males.

Red-breasted Nuthatches are residents of Canada, Alaska and the northeastern and western United States. While their range does not often extend to Texas, Red-breasted Nuthatches will irrupt further south if their food supplies fail. In bird terms, an irruption is a sudden, irregular migration of birds to areas outside of their typical range, usually caused by low food availability in their wintering grounds.

It is shaping up to be an irruption year for Red-breasted Nuthatches with more sightings than normal in the southern tier of states, including one spotted at our Smith Oaks Bird Sanctuary in High Island last weekend. Keep your eyes peeled for these little birds foraging and creeping up and down tree trunks and branches. The best way to find them is to listen for their distinctive call, a series of nasal, hornlike ‘yank-yank’.

Our High Island sanctuaries and Edith L. Moore Nature Sanctuary are great places to look for Red-breasted Nuthatches, but watch out for them at the feeders in your gardens too! 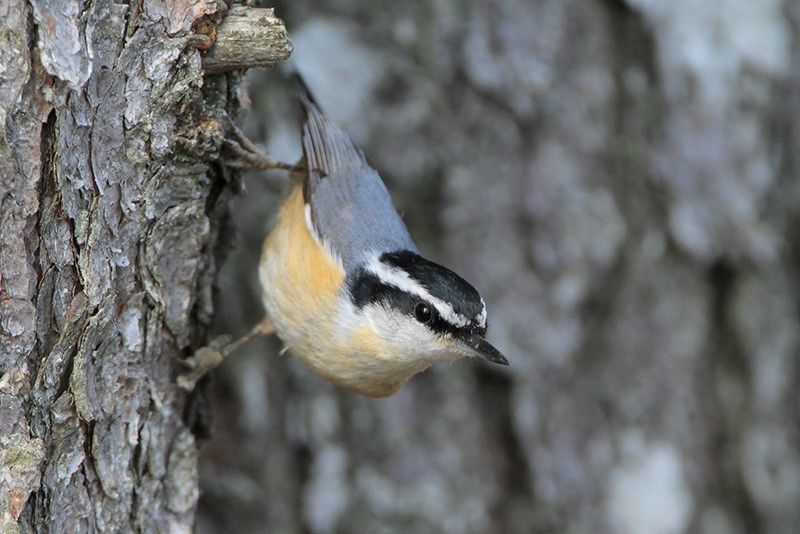 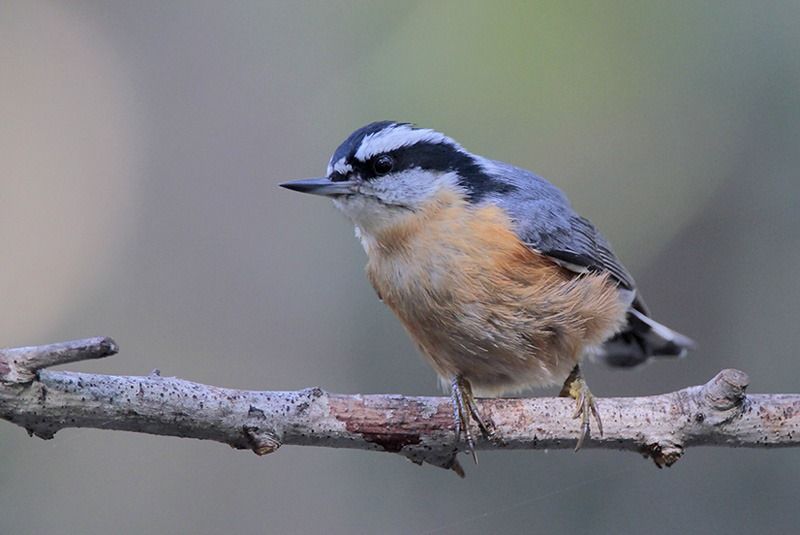 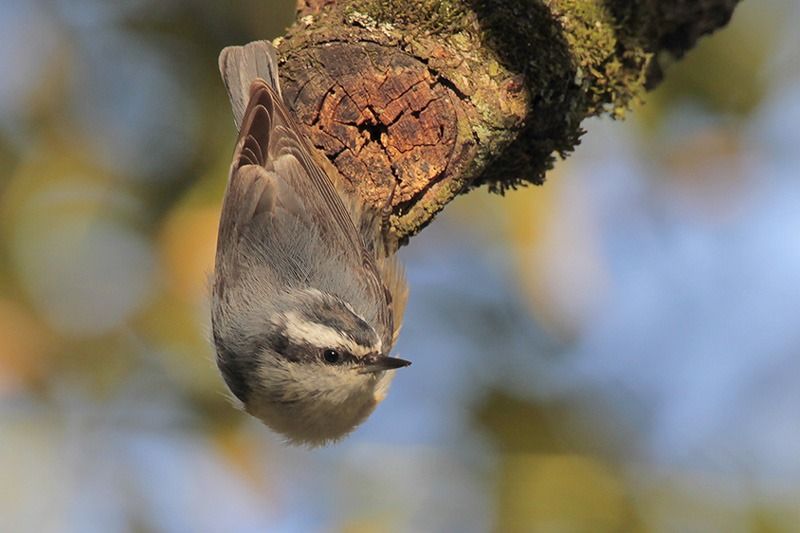