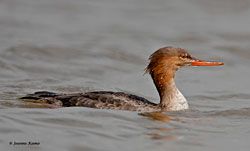 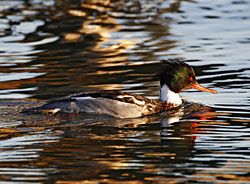 Profile by Richard Gibbons: The Red-breasted Merganser is a member of the dabbling duck family. This species is slender with a long frame and a shaggy, uncombed looking head. Males have a deep green head, a white ring around their neck, and a distinct red bill. Female Red-breasted Mergansers lack the rich coloration of males and have a duller red head with an orange or muted red bill. Both males and females can be identified while in flight by the large white patch on the inner wing, white bellies, and their swift, almost mechanical-like wing beats.

This species of Merganser is very well adapted to aquatic life. Their legs are located towards the rear of their frame which makes it difficult to get around on land. The placement of their legs assist them with getting a running start on the water, which helps them to be some of the fastest flyers of all waterfowl. They have even been recorded flying over 80 miles per hour!

During breeding season, Red-breasted Mergansers are common in the northern portion of North America, primarily in boreal forests as well as in areas of open water in the tundra region. They can be found during the winter months in lakes, rivers, or any other type of open water near the coast. They seem to prefer salt water more than the similar species, Common Merganser, which typically prefer freshwater habitat.

While nesting, female Red-breasted Mergansers choose areas with vegetative cover near rivers, streams, lakes, or marshes. They excavate a small cavity in the ground and fill it with small vegetation as well as their own feathers for insulation.

Red-breasted Mergansers use their serrated bills to forage primarily for fish in shallow waters but they have also been known to consume crustaceans and a variety of aquatic insects. They have also been observed hunting as a group to heard schools of small fish into shallow waters where they can be easily snatched up without diving. Look for them floating or foraging for fish next time you are at Bolivar Flats! 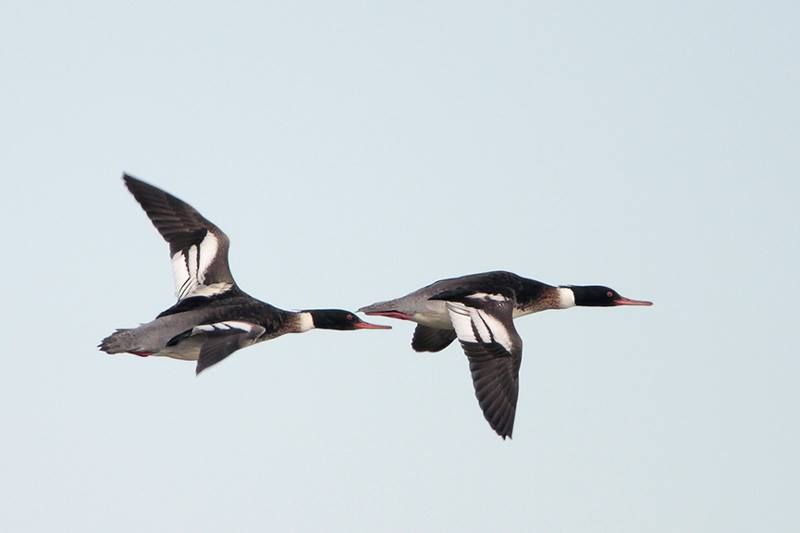 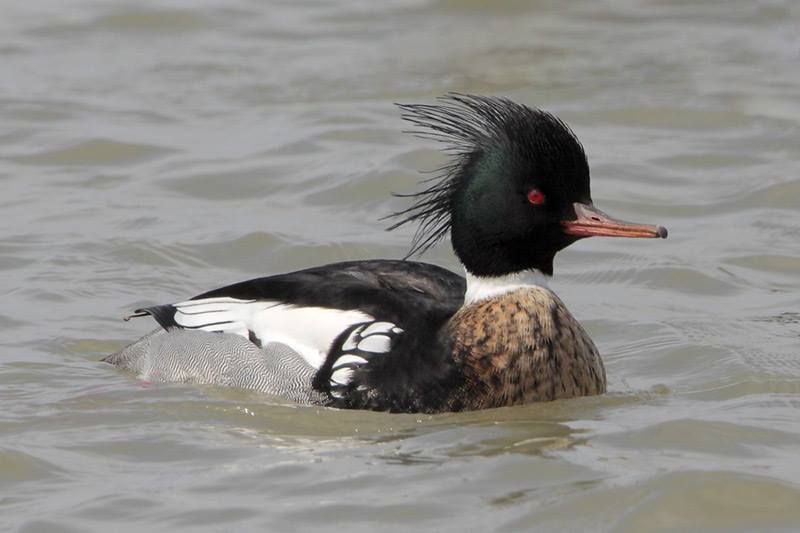 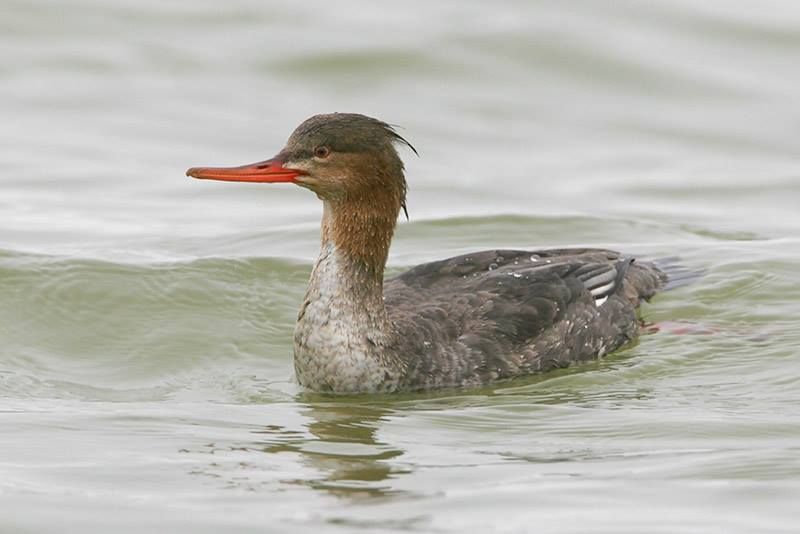 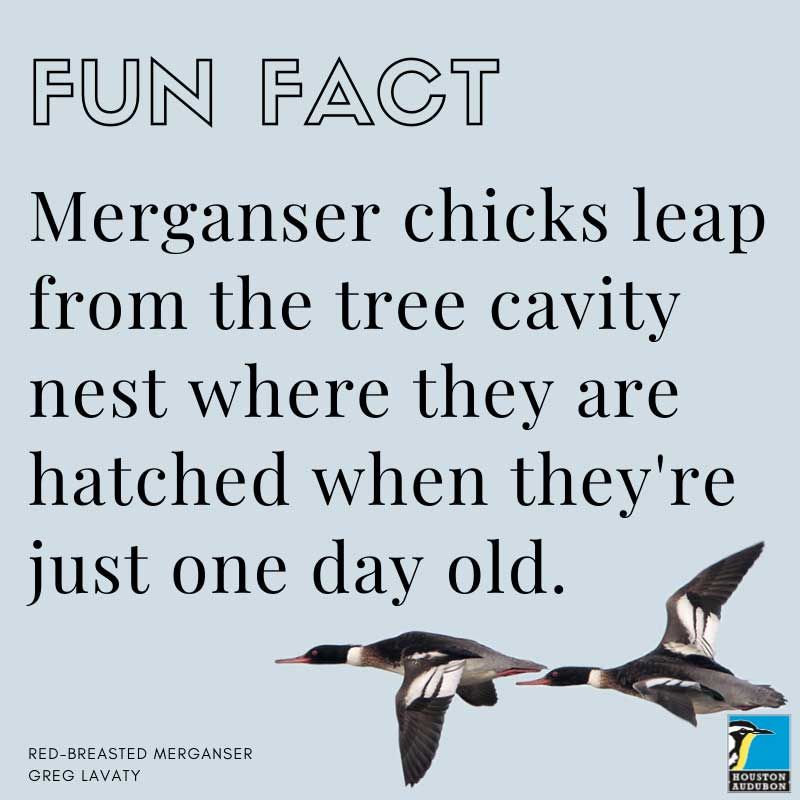