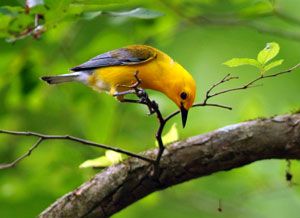 Profile by Glenn Olsen: The Prothonotary Warbler is the iconic breeding warbler of bottomlands, wooded bayous, creeks, rivers, and swamplands of the eastern United States, including those habitats in the eastern half of Texas.

This breeding warbler of the dark bottomlands and swamps glistens like a golden flame as it darts about defending territory or in search of food. The head, throat, breast, and belly of the male are a rich, bright, golden yellow. The blue-gray wings and yellow green back go almost completely unnoticed, so compelling is the bright yellow. The female looks very similar but is not as brightly colored. A.C. Bent thought that a more befitting common name for this species should be Golden Swamp Warbler. This name seems quite appropriate both for the color and habitat of the bird, but it just makes too much sense to be accepted. The common name and the genus are derived from the Latin protonotarius and refer to yellow robes worn by legal notaries and/or Vatican Registrars.

This species begins arriving in Texas mid to late March. Many more arrive in April and most continue northward to other breeding ranges. Once a suitable territory is located, the Golden Swamp Warbler begins to search for nesting cavities. This species has the unique habit of nesting in natural cavities and abandoned woodpecker holes within bottomlands and swamps. It is the only eastern warbler known to do so. Females arrive, courtship begins, and the timeless story of raising a family is retold. Once the young are self sufficient, much quicker in warblers than humans, individual birds begin their fall migration to the southern areas of Central America and northern South America where they will remain until the following March. Most individuals have left the U.S, by the end of October.

Unfortunately, this species, like many others, faces the potential of even more declines in its population due to loss of bottomlands and freshwater swamps where it breeds as well as loss of habitat in non-breeding areas.

During migration, these warblers can be found at Houston Audubon Sanctuaries at High Island. During Breeding months, look for them along secluded wooded bayous, in bottomlands or a swamp. I encourage you to search for this strikingly beautiful bird when they begin arriving in our area.

Comments by Don Verser: Prothonotary Warblers nest nearby but not at any of the coastal census locations. They start appearing on the coast is late July, suggesting the start of migration. The very bright yellow head and underparts with white undertail usually make identification very straightforward.

Profile by Bryce Loschen: The brilliant contrast between blue-gray wings, bright yellow body, and solid black eye makes the Prothonotary Warbler easy to identify as they hop from tree to tree just above the water in swamp forests or forested bottomlands. These birds rely on the forested wetland habitat that is declining in the southeastern United States. With their large bills, they glean insects off of low lying branches and snatch up snails and other small molluscs from the water’s edge. They sometimes also climb up tree trunks while feeding, as a Black-and-white Warbler does. The Prothonotary Warbler is amazingly one of only two warbler species that nest in cavities.

The population of the Prothonotary Warbler is decreasing due to habitat loss. You can help their population by placing nest boxes of the right size in your backyard if you live near the warbler’s preferred habitat. As these birds are starting to migrate as far as South America for the winter, they also will hang around coastal Texas and Mexico. So come take a hike around High Island trails and you just might see one! 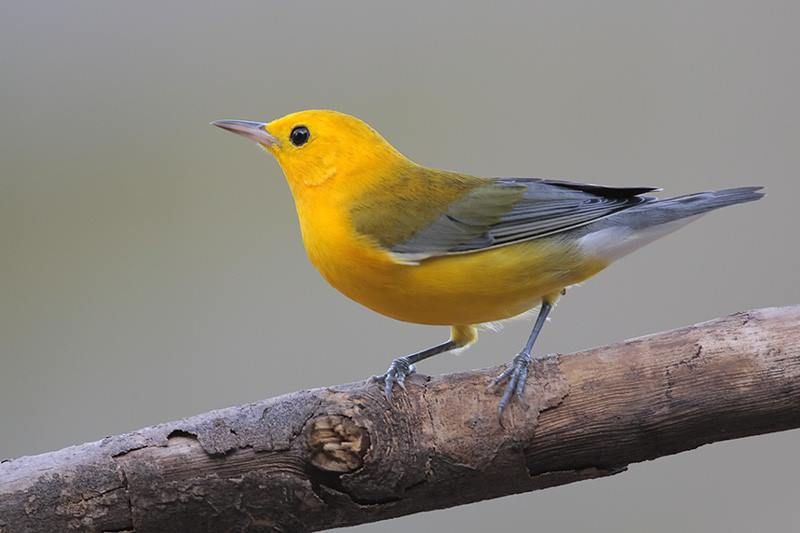 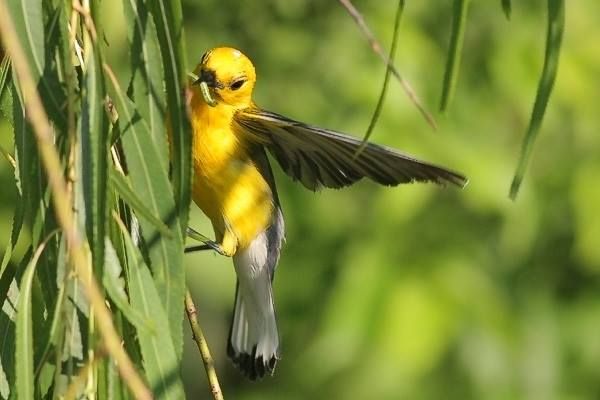 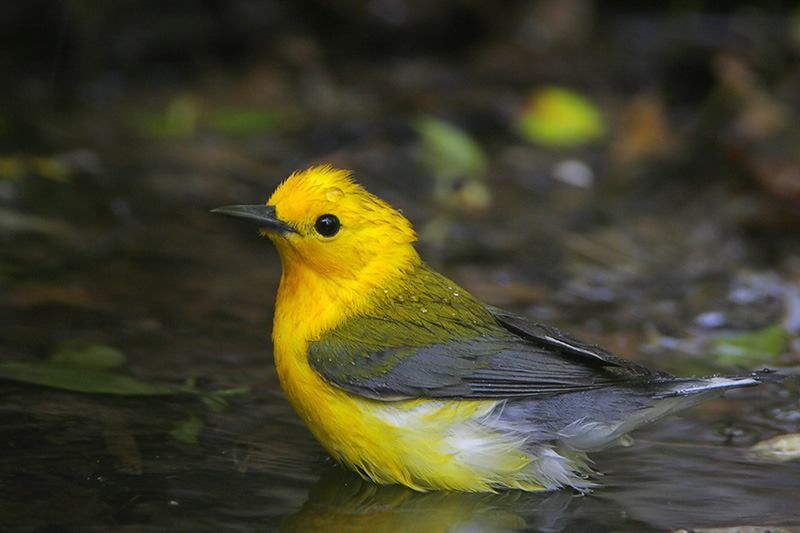 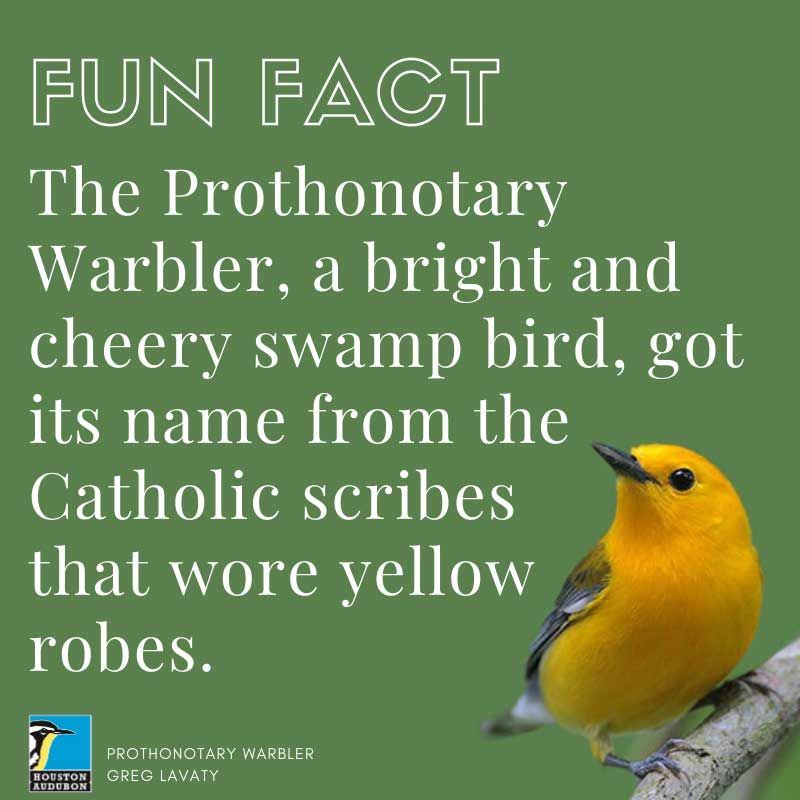