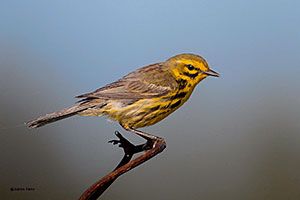 Profile by Glenn Olsen: This attractive warbler is an uncommon but frequently occurring spring migrant on the Upper TX Coast. Most Prairie Warblers migrate farther east of us as they move from the wintering grounds of the Caribbean Islands up through Florida and westward along the Gulf Coast into east Texas where some breed.

In the spring, male Prairie Warblers are bright yellow underneath with black, pronounced streaking along the sides and flanks, giving the bird a very distinctive appearance. The head and back are olive-green with faint chestnut-colored streaking on the back—a feature not always easily seen, by the way. Females are not as brightly colored and much duller in appearance. In general, this species may look similar to a Pine Warbler, especially females, but most noticeably, the Pine Warbler’s lower belly and undertail coverts are white, not yellowish like the Prairie Warbler. The male Prairie Warbler also has a distinctive black eye line with another line that loops under the eye enclosing and forming a yellow patch below the eye.

This distinction may be helpful if you are birding in east Texas where both species breed. However, the preferred breeding micro-habitat of the Prairie Warbler is different from the Pine Warbler. While they both breed in the pine woods macro-habitat, the Prairie Warbler seeks areas where most of the pine trees have been cut and which are now overgrown with weeds and young pine saplings. So if you miss seeing this attractive warbler in migration, take a trip over to the Pineywoods of East Texas and see it in breeding habitat and in its finest plumage.

Comments by Don Verser: Prairie Warblers are more likely to be found in shrub or willow situations such as Anahuac NWR or Sea Rim State Park or Quintana. In fall, early in the season is the time to look. They can be very dull in the fall but all still have a distinctive face pattern with pale crescent under eye and gray moustachial crescent below that. 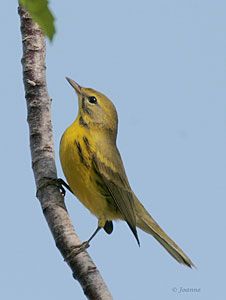 Profile by Aidan Healey: Now that it’s officially the second half of March (2020), we’re all getting excited because warbler migration season is almost here! Some warblers are beginning to show up around Houston already, and we’re looking forward to seeing them all in our sanctuaries (and backyards) again. Warblers are always a sure sign of the arrival of spring, and many bird enthusiasts enjoy watching their bright colors and active behaviors as they migrate north for the breeding season.

While warblers are best known for their amazing variety of colors and patterns, they also liven up the outdoors with their songs. The Prairie Warbler’s song consists of a series of 15 or so short notes that rise in pitch. While Prairie Warblers sing most vigorously after they arrive on their summer breeding grounds, they can also be heard singing while they are making their way north for the season. 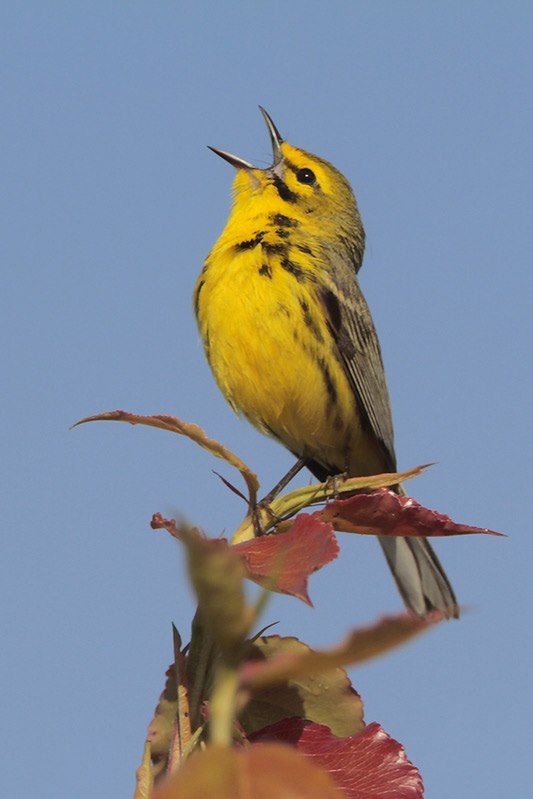 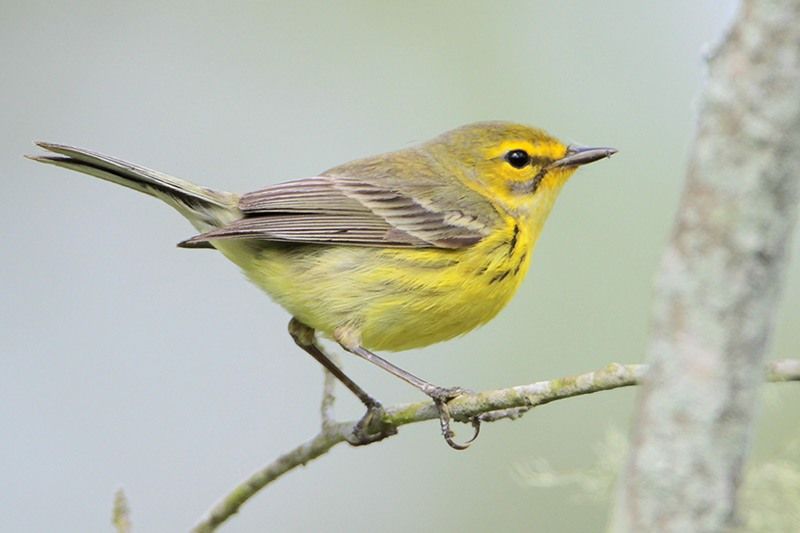 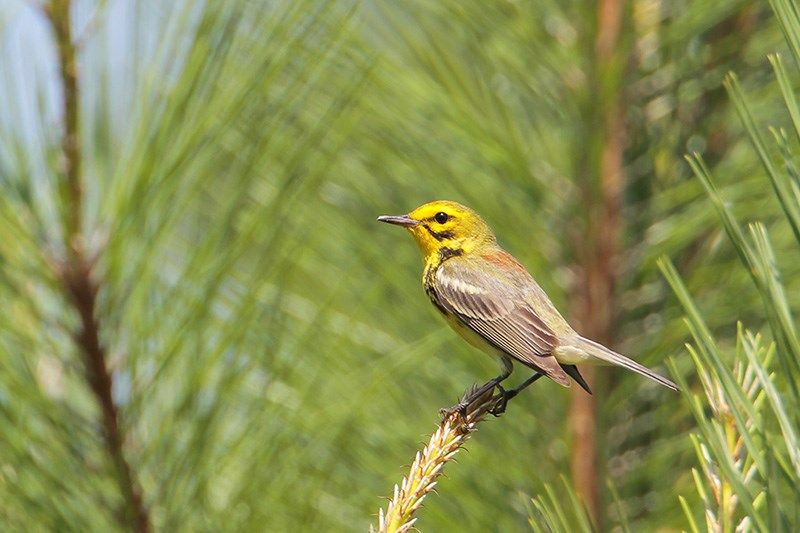