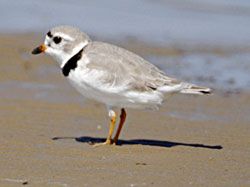 Profile by Glenn Olsen: Not only do many of us have difficulty identifying plovers, we also find it confusing to pronounce the group name. Is it pronounced PLUH-ver or PLO-ver? Although the jury's still out as far as the pronunciation, identification can be simplified for this group of shorebirds. The Piping Plover is found on our beaches most often from the end of July to early April. Our coastal shoreline, mudflats, and beaches are where an estimated 35% of the Piping Plover population spend the winter. However, a few non-breeding birds may be found during the spring and summer also.

The Piping Plover is a small bird (about 7 inches) with white breast and belly and upper parts the color of dry sand. Its orange legs are the quickest way to distinguish it from the Snowy Plover. Their short, stubby bills are black in late winter but in late summer or early spring most have some noticeable orange in the basal half of the bill with a black tip to the bill. The Piping Plover's "dry sand" color of the back is much lighter than the dark brown (wet sand) back of the Semipalmated Plover and is a key feature to distinguish the two.

The Piping Plover breeds in three major regions, namely, along the Atlantic coast from North Carolina to Canada, the gravel shores and sandbars of the Great Lakes Region, and the wetlands of the Great Plains of United States and Canada. This species is endangered or threatened in its breeding range and is threatened in Texas where many birds spend the winter. 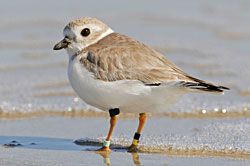 Profile by Steven Garcia: This exceptionally cute and charismatic plover can be seen all along the Texas shores up to nine months of the year. In fact, the Texas coast is the winter home for 35% of the known Piping Plover population. Piping Plovers are round and stocky little birds supported by bright yellow legs. Their dry-sand colored upper parts and white underparts are embellished with a black eyebrow and a black neck band. Like most plovers, the Piping Plover has a short and stubby bill, colored yellow with a black tip. Breeding males will show a higher contrast between the colors of their bill and bands on the head and neck. During the non-breeding season, the bill turns black and the bands fade to a dry sand color.

Thanks to this coloration the Piping Plover is nearly invisible when still, perfectly blending into the sand and shells around them. Camouflage is the first line of defense for the Piping Plover. When picking a nesting site, male Piping Plovers will create several shallow depressions known as scrapes in the sand within a territory they find favorable due to several factors such as height from sea level, shell cover, and vegetation cover. From here they will deem one of these scrapes their favorite, decorating them with seashells and other beach litter to camouflage the nest. Males will stay near their scrape, awaiting an interested female where they will often tilt their body and fan their tails and wings to advertise to interested females. Males will continue to court females by tipping side to side in flight with slow and deep wing beats above their territories, further advertising their fitness.

Inland breeding populations within north-central US and south-central Canada will migrate to the Gulf of Mexico while eastern Canada and Atlantic coast populations migrate south along the coast spending their winter anywhere between the coastal regions of South Carolina and the Caribbean. The Piping Plover is a rare shorebird with a global breeding population of just 8,400 individuals. Due to a declining population the species is Federally threatened but listed as endangered in many states. Habitat alteration and destruction is the main cause of their decline. Breeding success can be greatly affected by human disturbance through vehicular and foot traffic as well as the walking of pets on beaches. Additionally, the well-known practice of beach raking within areas of high recreation serve to disrupt nutrient cycles further compromising the foraging potential of the habitat. 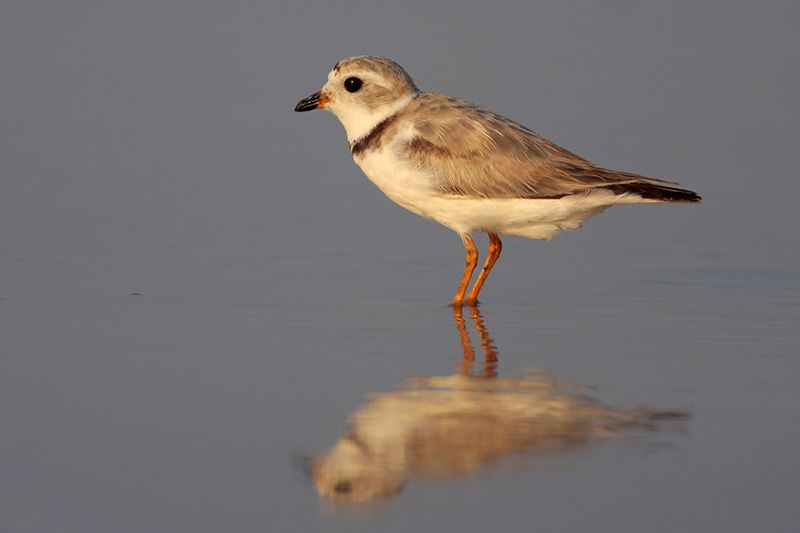 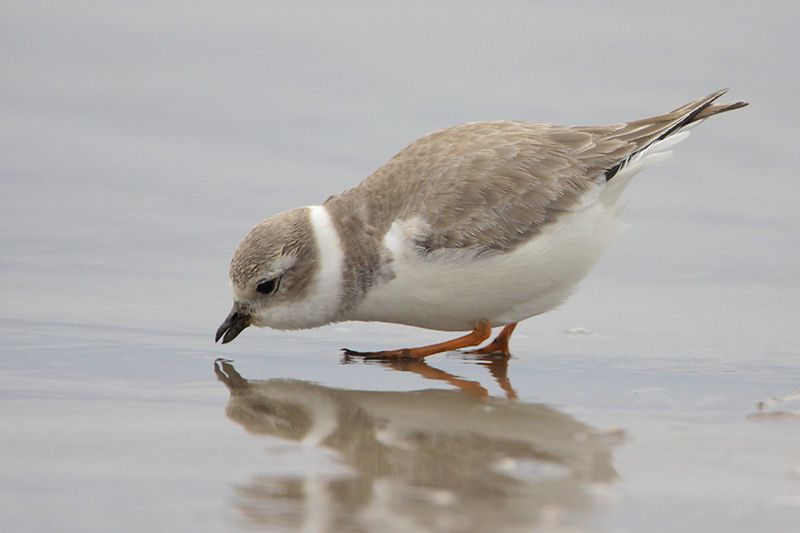 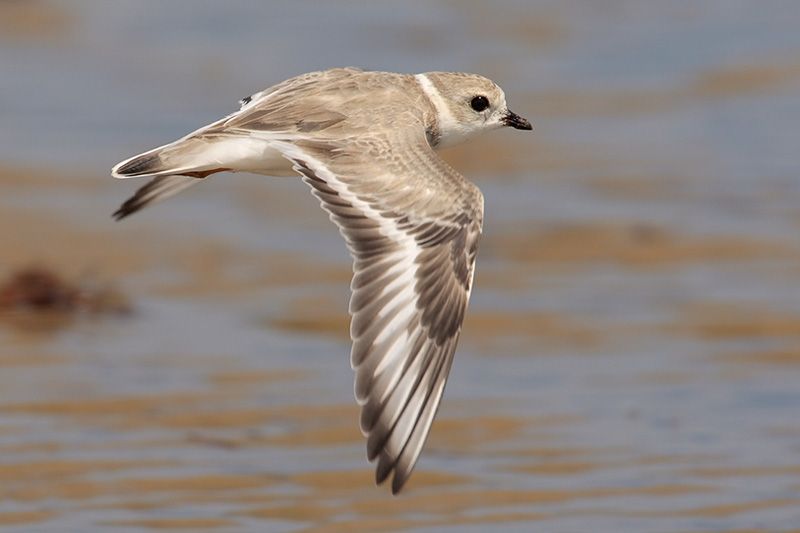