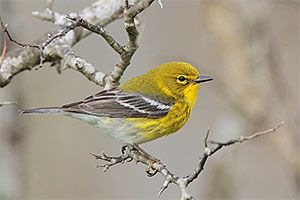 Profile by Vicki Stittleburg: Pine Warblers are yellowish birds with olive backs, whitish bellies, and two prominent white wingbars on gray wings. They have a faint dark eye line and a broken, faint yellow eye ring. Adult males are the brightest; females and immatures are duller and can appear gray-brown. Pine Warblers feed in pines, sing in pines, and nest in pines. American painter and naturalist Gerald Thayer wrote, "Never was a bird more aptly named than the Pine Warbler...it sticks to pine woods as a cocklebur sticks to a dog’s tail.”

While Pine Warblers primarily eat insects and spiders, they are the only warbler that will consume large quantities of seeds. You may find them visiting your seed and suet feeders. They also supplement their diet with berries and tree sap. Though Pine Warblers are common throughout the year and are permanent residents, they can be difficult to spot as they typically forage near the top of tall pine trees. Males may sing at any time of year. Listen for their melodic trill in areas with mature pine trees. Their song is very similar to both Chipping Sparrow and Dark-eyed Junco songs, but tends to be a bit slower and more musical.

Profile: Pine Warblers are yellowish birds with olive backs, whitish bellies, and two prominent white wingbars on gray wings. Adult males are the brightest; females and immatures are more subdued and can even appear gray-brown. No bird is more aptly named: it nests exclusively in pine trees, spends much of its life there, and only during migration is found in shrubbery or the deciduous growth of parks and gardens.

Pine warblers are more easily heard than seen high in the pines. Their song is a musical trill that Audubon described phonetically as a trr-rr-rr-rr which sounds similar to that of a Chipping Sparrow or Dark-eyed Junco, both common piney-woods sounds through much of the year.

Pine Warblers are year-round residents of our area, although our resident birds are joined in winter by flocks of Pine Warblers coming from further north. Primarily insect eaters, they are among the few warblers that readily eats seeds and also supplement their diet with berries. You may find them at both your seed feeders and suet feeders. Their adaptability to foods other than insects probably accounts for their ability to remain here all year.

Invite Pine Warblers to Your Yard 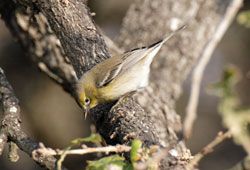 Pine Warblers prefer yards with mature pine trees. They build their nests from pine needles and pieces of pine bark. The nests are hidden among clumps of pine needles or pine cones. Pine Warblers eat primarily insects and spiders. So if you want Pine Warblers, don't use insecticides! They are also the only warbler that regularly eats seeds and also supplement their diet with berries. You may find them at both your seed feeders and suet feeders. 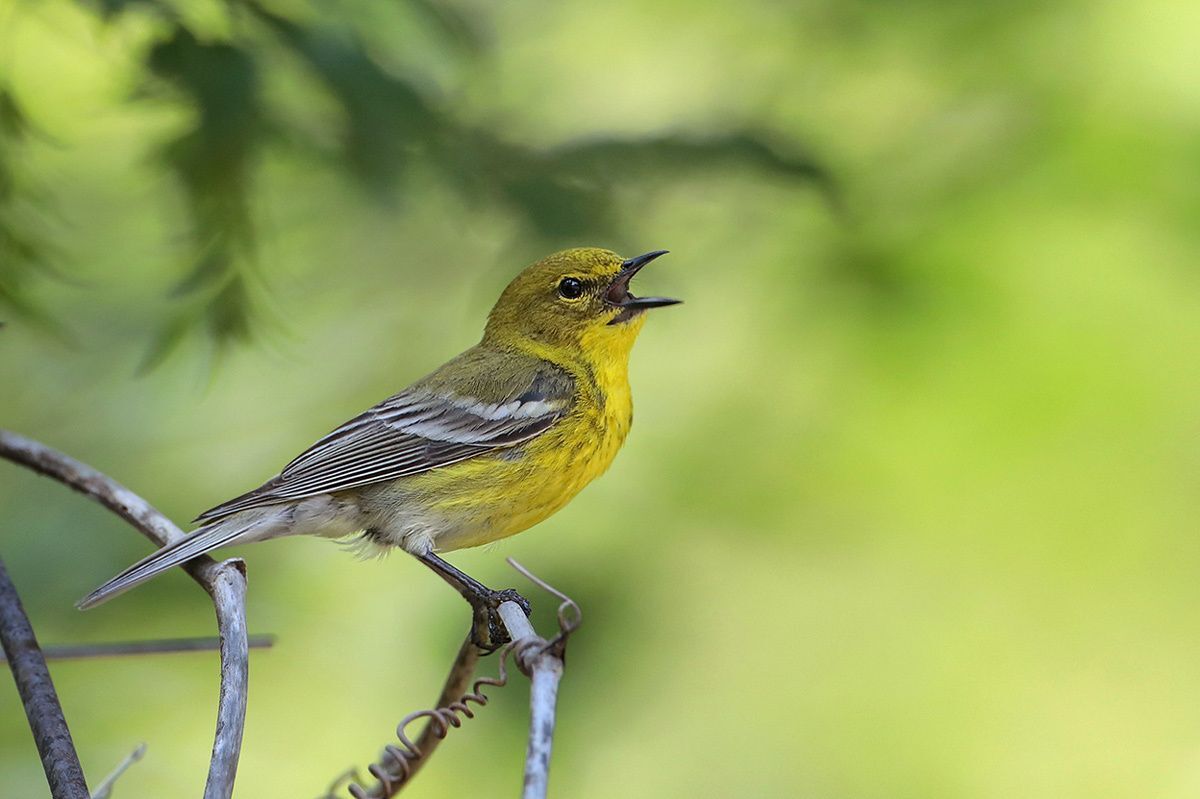 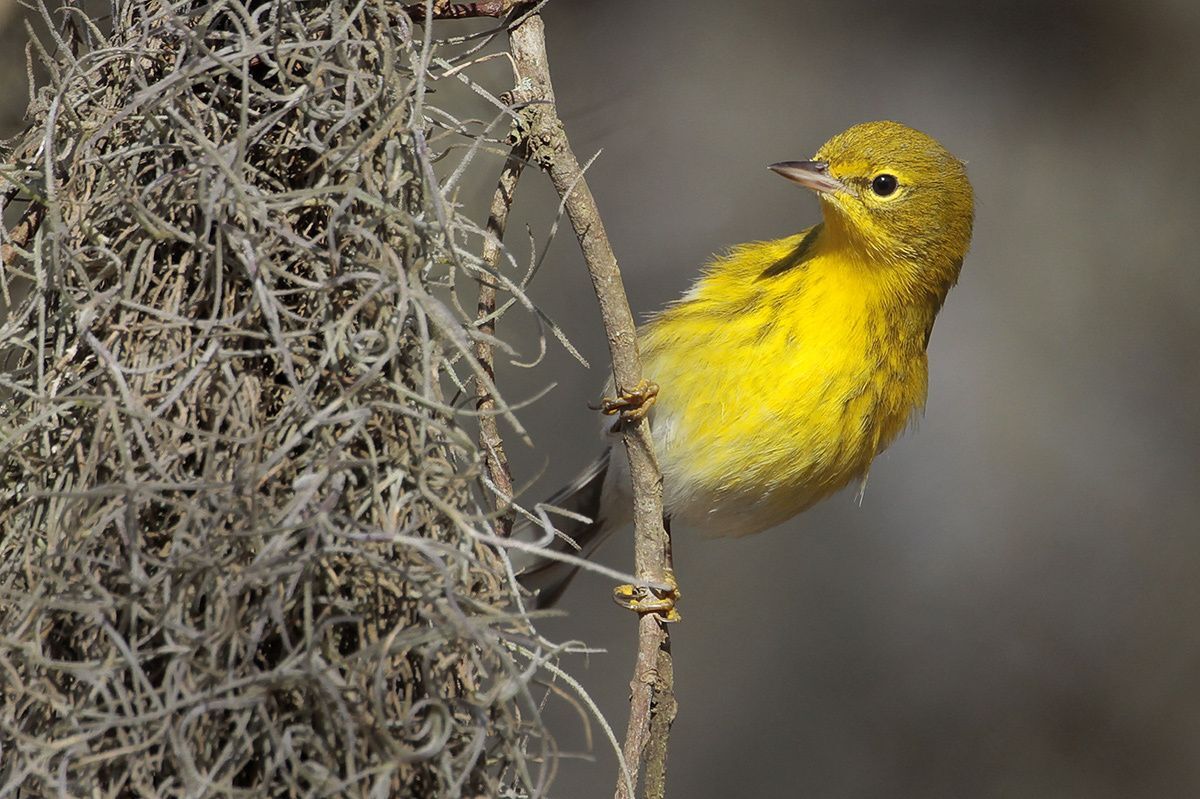 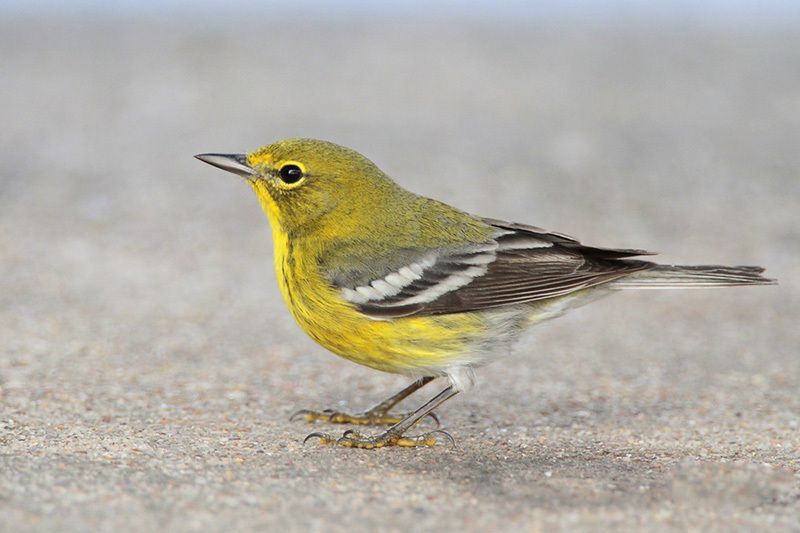 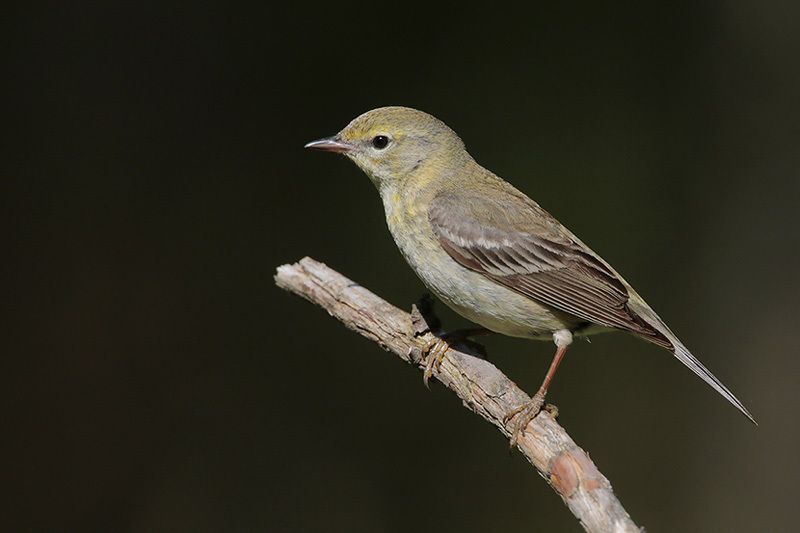