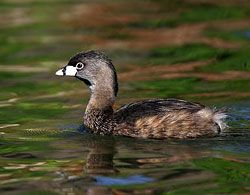 Seasonal Occurrence: Greatest abundance in winter; also common in the spring. Lesser numbers at other times. Breeds in our area.

Notes by Daniel Elting:  The Pied-billed Grebe is a small species of waterbird with a chunky brown body and thick gray bill with a black vertical stripe through it in the breeding season. These birds are the most widespread of all grebes in North America and are seen in every state of the U.S. They can be seen on pretty much anybody of fresh water from ponds, to rivers, to lakes, to sewage drainages.

Pied-billed Grebes, like other grebes, spend pretty much their entire life on the water and are rarely seen in flight. They forage by diving below the surface to catch a large variety of aquatic invertebrates with their big bills. Grebes will often eat their own feathers, the feathers in their stomach act as a sieve to stop any harmful prey parts from entering their intestines.

Pied-billed Grebes nest on the water by constructing floating nests. They usually place nests around stands of tall emergent vegetation and construct a circular nest-bowl atop floating vegetation such as bull rushes or lily pads. Both sexes contribute to nest building and often create a nest that can hold eggs after only one day. Young grebe chicks will spend a lot of time riding on the backs of their parents until they can swim well on their own; adults with young chicks sometimes have to dive to escape predators and clamp their young under their wings during the dive.

Pied-billed Grebes are year-round residents across the entire state of Texas. They are known to breed on many water bodies across the state, including Clay Bottom Pond in our Smith Oaks Sanctuary! Come visit our sanctuaries and see if you can spot these birds swimming or popping out of the water from a dive. 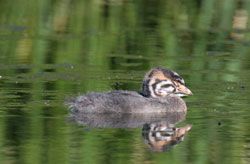 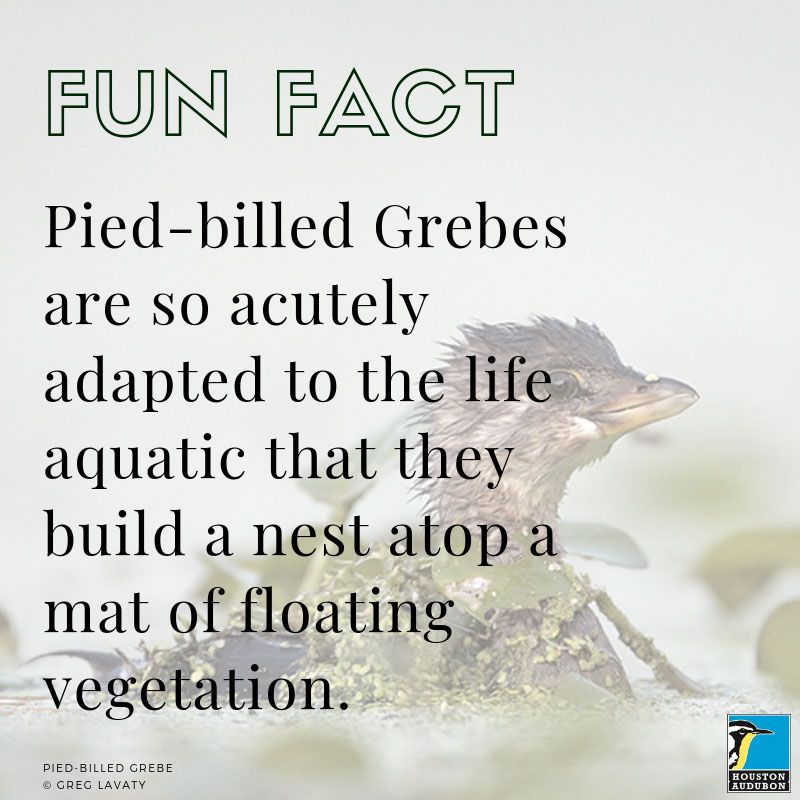