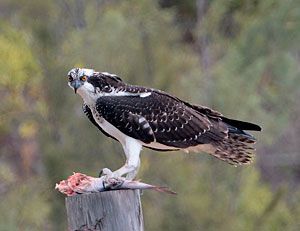 Notes: One of the most widely distributed birds, the Osprey occurs on all continents except Antarctica and can be found around nearly any body of water. Overall Ospreys are whiter than most raptors; their crown, forehead, neck, breast and belly are all white while their back and wings are dark brown. Their head has a distinctive broad brown stripe through their yellow eye. Juveniles have white spots on the back and buffy shading on the breast.

The Osprey is one of the only raptors that feed almost entirely on fish and is often called "Fish Hawk". In North America, more than 80 species of live fresh and saltwater fish account for 99 percent of the Osprey’s diet. Ospreys are unusual among hawks in possessing a reversible outer toe that allows them to grasp with two toes in front and two behind. In addition to sharp talons, ospreys have spicules, specialized spines on the pads of their feet that help them grip slippery fish. When flying with prey, an Osprey lines up its catch head first, making it more aerodynamic in flight.

Ospreys may be spotted along Houston's bayous within the city limits. Listen for their whistling or chirping calls overhead and look for this bird's distinctive flight profile; ospreys fly with a marked kink in their wings, making an M-shape when seen from below.

Profile by Will McDaniel: The Osprey is a widespread and iconic raptor with a white head and underparts contrasted with a brown back and facial mask. Reaching over 2 feet in height with an impressive wingspan of up to 6 feet, these large cosmopolitan birds are widespread across the coasts and waterways of the world, found on every continent except Antarctica. They are easily recognized in flight by their size, short tails, and the splayed feathers on their long and narrow wings which resemble four 'fingers' and a shorter 'thumb.'

Though its classification has often been a subject of debate, the Osprey is most often considered the sole living species of the family Pandionidae. It is separated from other raptors such as eagles and falcons by a number of traits, including a reversible hind toe which allows it to grip its prey from both the front and back; a useful ability for holding onto the slippery fish that typically make up the entirety of its diet. Other traits which enhance the fishing abilities of these birds include oily water-proof feathers, rough anti-slip scales on its talons, nostrils that may be closed when diving, and tremendously powerful eyesight that can spot a fish underwater from as high as 130 feet above the surface.

New World Ospreys typically migrate to South America for the winter, but may remain year-round in warm southern states such as Texas, where they are often sighted along the Gulf Coast and over large bodies of water. In the spring, Ospreys will build huge conspicuous nests on high vantage points near fresh or brackish water, such as trees, cliffsides, or man-made structures like utility poles or transmission towers. These birds usually mate for life, and will often re-use and renovate the same nests each year for generations. 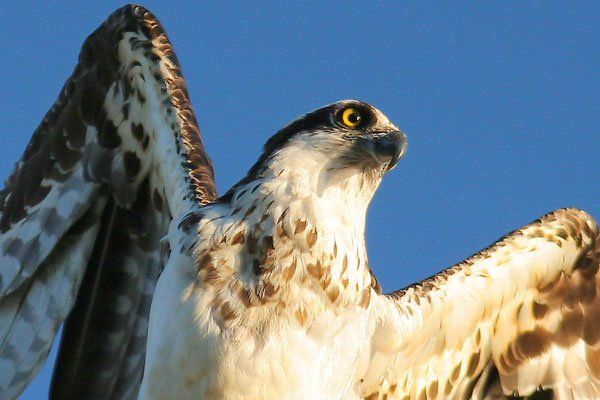 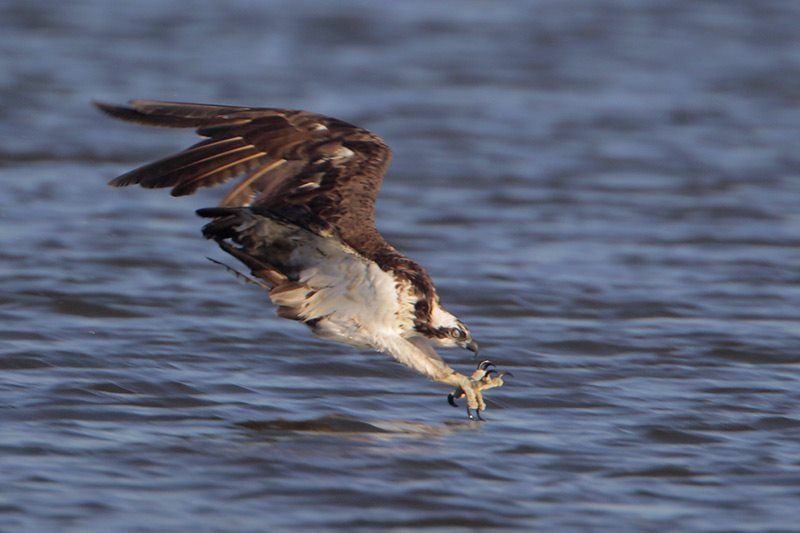 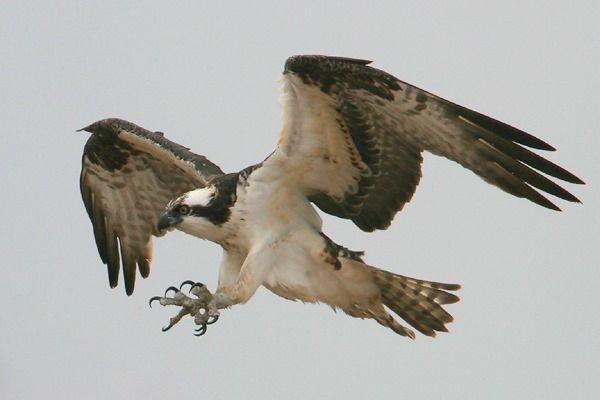 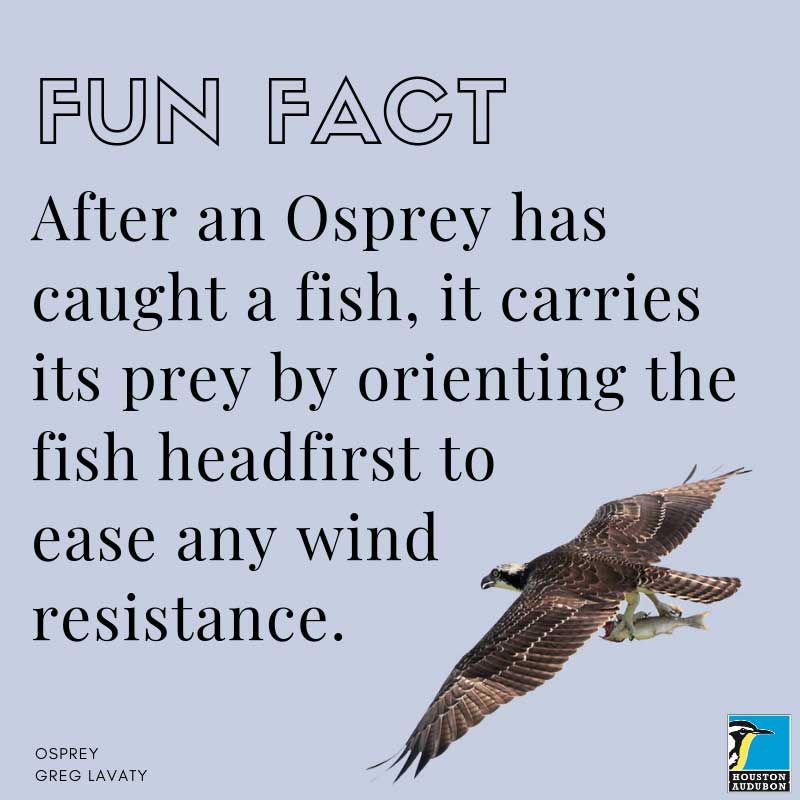