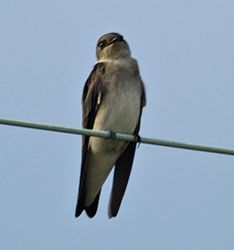 Notes by Susan Billetdeaux: Unlike most swallows, Northern Rough-winged Swallows are not very social and do not nest in colonies; they are commonly found in isolated pairs. Preferred nesting sites are dirt banks or holes in buildings and cliffs. They used to be common nesters on the Upper Texas Coast but there are no recent records. Northern Rough-winged Swallows have a distinctive flight pattern which is slower than other swallows. Juveniles have slightly brighter coloring than their parents with cinnamon wing-bars. 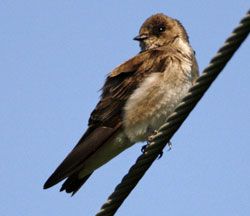 Profile by Will McDaniel: The Northern Rough-winged Swallow is a small species ranging from 5 to 6 inches in length, and a wingspan of 11 to 12 inches. Sharing the small head, tiny bill, and long pointed wings of other swallow species, these birds can be distinguished by their squared tails, brown upperparts, pale underparts, and particularly the dusky color of their breast and throat.

These birds are named for the ridges of hooked barbs found along the outer edges of their wings, though these serrations, which are smaller and less barbed on female birds, are almost impossible to notice unless the bird is in hand. Juveniles can be distinguished from adults by the characteristic rusty bars on their wings.

These swallows feed almost exclusively on flying insects, intercepting them with a low, gliding flight over water or open ground, with a slower and smoother wingbeat than other swallows.

The Northern Rough-winged Swallow breeds throughout most of the continental United States and southern Canada. Unlike the similar-appearing Bank Swallow, this species is a solitary nest-builder, constructing a cup nest in hillside burrows or crevices and culverts in human structures. In the fall, most populations migrate to Central and South America, though warm areas such as the Texas Gulf Coast and southern Florida host populations year round. “Rough-wings” can be seen swooping over the marshes and coastal prairies of the Bolivar Peninsula, catching the abundant dragonflies and mosquitoes. 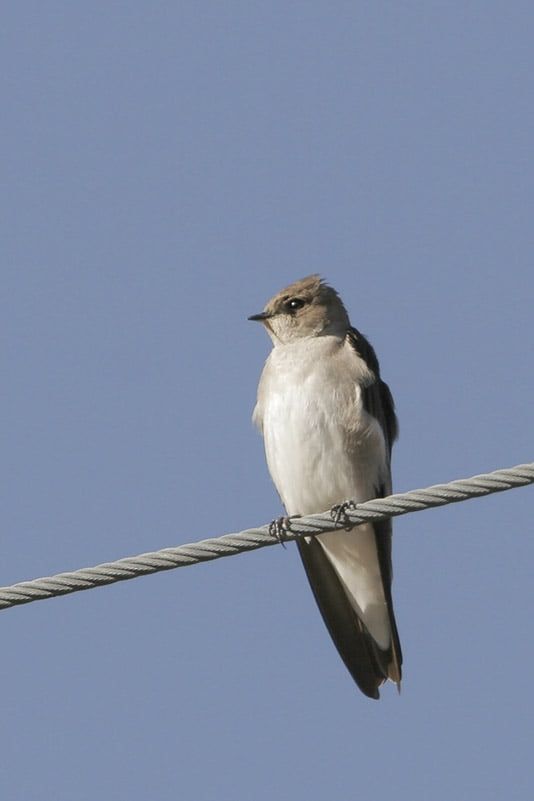 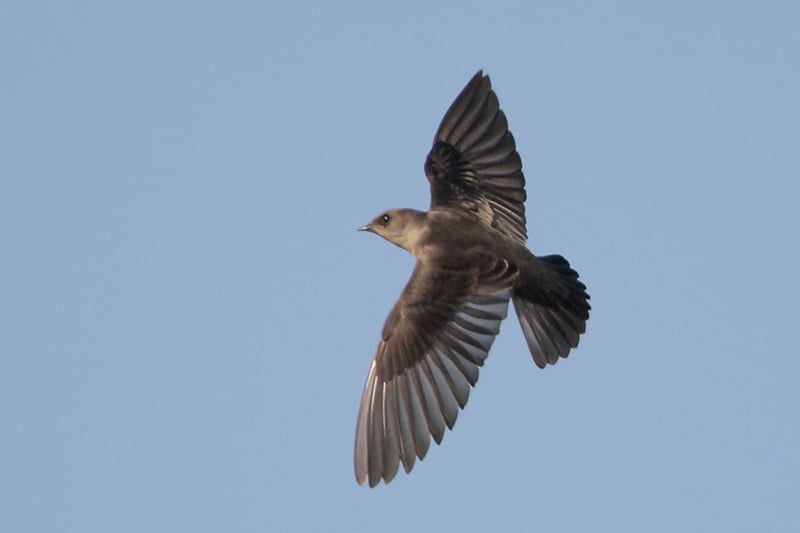 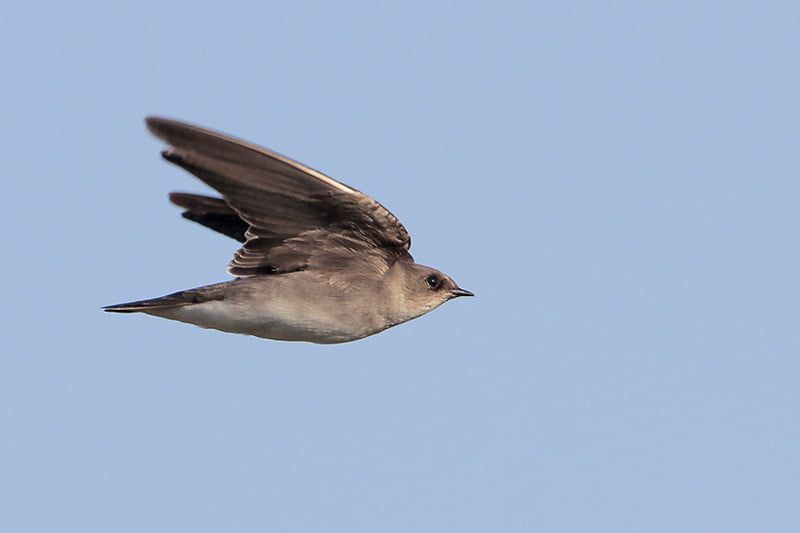