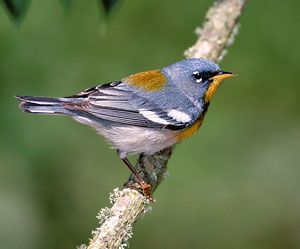 Profile by Vicki Stittleburg: Northern Parulas are among the first warblers to arrive in the spring, showing up in March well before the main migration onslaught. Northern Parulas have a yellowish green back, a blue-gray head, conspicuous white eye crescents, a yellow lower mandible, blue-gray wings with bold white wing bars, a yellow throat and breast and a white belly and undertail coverts. Males and females look similar except only adult males have a narrow blue and rufous breast band.

Northern Parulas regularly nest in our Smith Oaks sanctuary where they find abundant Spanish moss to weave their nests. Females do most of the nest building, creating a sock-like cup nest within a clump of Spanish moss. Nests are about 3 inches across and 2 inches deep and are suspended from a tree branch. A pair will incubate 4-5 brown-marked, whitish eggs for 12-14 days.

Parulas are small birds, even by wood-warbler standards. They are often hard to see as they forage in the dense foliage of the upper canopy. However, they are easy to hear; the male seems to repeat his buzzy trickle-up song constantly from early spring through mid-summer.

Comments by Don Verser: In some years Parulas nest at High Island which confuses the start of migration. Records such as 07 Aug 2004 at Sabine Woods and 05 Aug 2006 at Sea Rim willows suggest migration is underway by the first week of August.

Profile by Lark Heston: At first glance, the Northern Parula looks slightly similar to some other warblers, such as the Nashville Warbler and Canada Warbler. However, learning a few key features will help to easily and quickly identify the Northern Parula from its relatives.

Adult parulas have a blue-gray head and back with a large yellow patch in the middle of the back. A chestnut and black band separates the yellow throat and yellow breast in adults, but not in immature individuals. Rather than the usual white eyering that some other warblers have, Northern Parulas have two white eye crescents, one above the eye and one below. Another distinctive feature they have is a short bill that is gray above and yellow below. They also have two white wingbars on their blue-gray wings, a white belly, and a short tail. Immature females are tinted more greenish-yellow rather than just plain yellow like immature males.

The Northern Parula likes to hang out in the upper canopy of a forest, quickly flitting around branches to look for insects to eat. They make their three-inch-wide nest out of hanging vegetation that is found in the upper canopy. In the southern portion of their range, the nesting material is made of Spanish moss, and in the northern portion of their range it is made of beard lichen.

Their breeding range is fairly distinct: east of the Great Plains from as far south as Florida to as far north as Canada, with one exception. There is a band that goes across parts of Iowa, Wisconsin, Michigan, and some northeastern states where the parulas don’t breed. It has been speculated that a lack of suitable nesting habitat due to deforestation and air pollution is the cause for this gap.

Northern Parulas will start migrating north in early spring, and the best way to keep an eye out for them is actually by listening for their song! The more distinct of their two main songs is a buzzy rising trill that ends with a sharp note: bzzzzzz-zip. The other song has obvious breaks during the rising trill: bzz-zz-zz-zz-zz-zip. 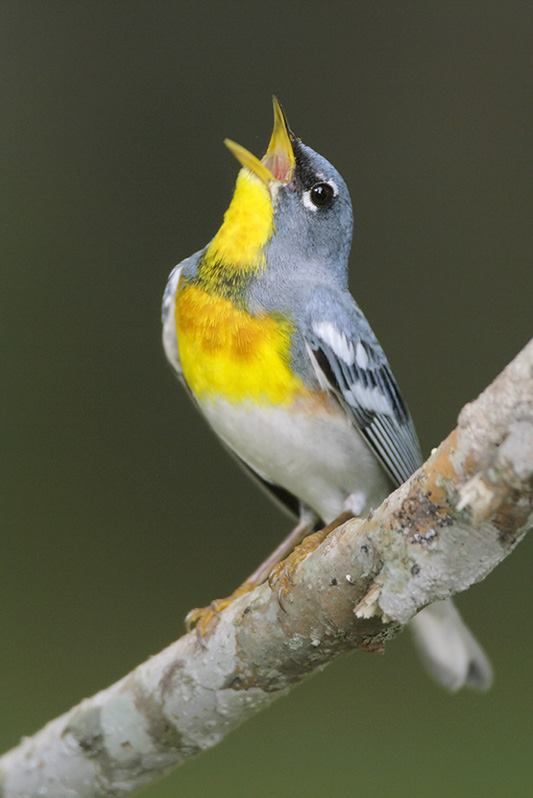 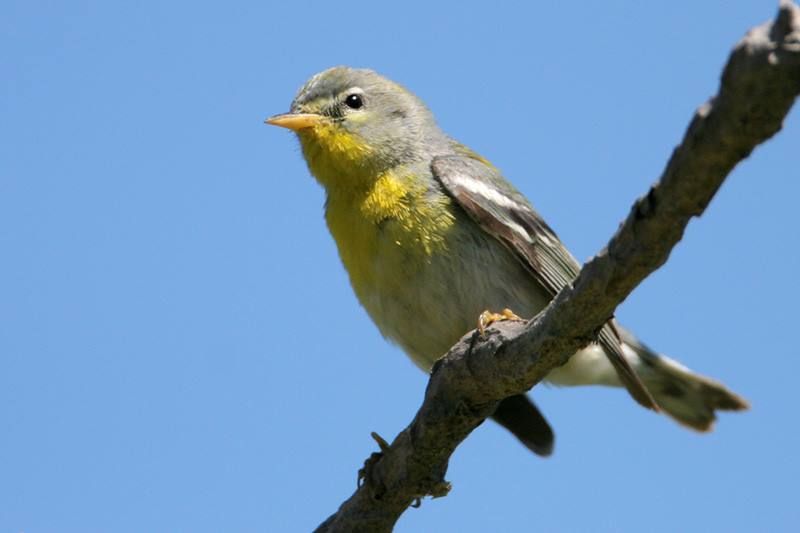 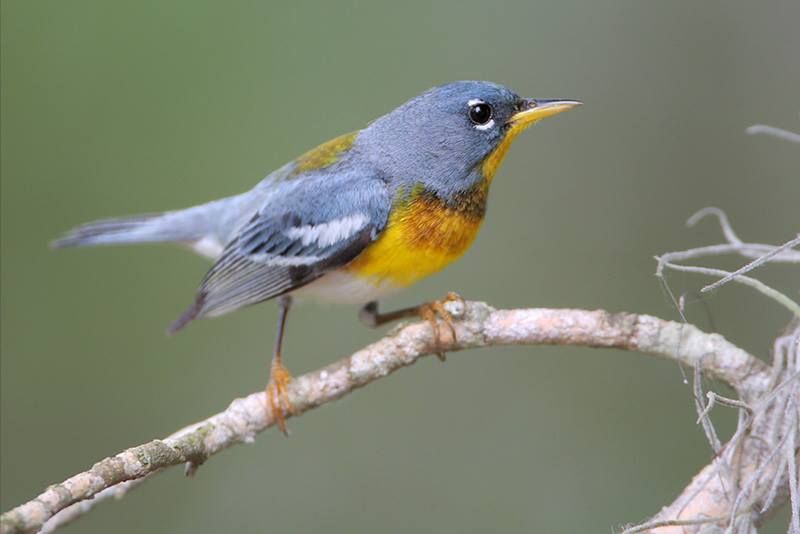