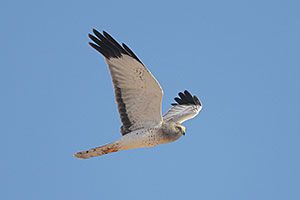 Seasonal Occurrence: Common fall through spring. Lesser numbers in the summer. Nests in our area.

Profile by Glenn Olsen: The Northern Harrier is most readily identified by its graceful and tactical flight of coursing over fields, pastures, and marshes in search of small mammals, rodents, or birds that are the primary prey for this hawk. Flying low to the ground, harriers have a distinctive flight pattern while hunting with a noticeably long tail, and long wings held in a dihedral. The telltale white upper tail coverts are distinctive and add to the visual clues for the bird’s identity. However, there are a few other raptors that also show white in the tail or upper coverts, and beginning birders frequently confuse these hawks with the Harrier, based solely on the white seen. The flight pattern is a much more reliable indicator.

Females, males, and first year (immature) birds are all identifiable by plumage pattern. Adult females have mottled brown upperparts with off-white underparts marked with pronounced brown streaks. First year birds also have mottled brown upperparts but the underparts are washed with a buffy-orange. Adult males are strikingly different with gray to blue upper parts and white under parts often marked with faint buffy-orange spotting. The wing tips of the adult males are black and the trailing tips of the secondaries are also black both of which stand in high contrast to the other colors of the male giving them a distinct appearance. In all stages, this raptor has a facial disk of feathers that aid in hearing prey and gives it an “owl like” appearance. This is easily seen with a good scope and a bird perched on a fence post. With skillful use of binoculars and close distances, it can be seen on birds in flight.

From October to April is the best time to observe Northern Harriers as migrants from the northern range are moving into and through our area. Excellent locations to look for this interesting raptor include Anahuac Refuge, the Katy Prairie area, Brazos Bend area, or any habitat of fields, pastures or marshes along the roadside. With fall hawk migration underway, begin looking for the graceful, bouncing flight of the Northern Harrier over the fields. 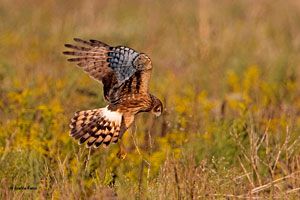 Profile by Jon Piasecki: Northern Harriers are commonly seen gliding low over grassland and marsh habitats throughout most of North America. This species is known to be a year-round resident in parts of the midwestern and western United States. They expand their range to Alaska, Canada, and the northeastern US during the summer breeding season and expand to the southern US, Mexico, and parts of Central and South America in the winter season.

These birds are medium sized hawks with long tails, broad wings, and distinctive white rump patches. The main characteristic that separates Northern Harriers from other hawk species is that they have what is called a “facial disk” similar to owls. This disc shape helps funnel sound directly to the bird’s ears, allowing it to be much more precise and efficient when hunting small animals while soaring over open habitats. Northern Harriers typically prey on small mammals such as mice and voles but have also been known to feed on reptiles, amphibians and even songbird species.

Northern Harriers build nests on the ground, usually in thick, grassy vegetation. Males may help in bringing nest materials to the location, but typically the female is the one that arranges the materials to form the nest. Northern Harriers will lay a clutch of 4-5 eggs that will take between 28 to 36 days to hatch. Females incubate the eggs while the male will provide food for its mate and its chicks upon hatching. Harrier nests have a variety of potential predators including coyotes, foxes, raccoons and even bird species such as Common Ravens and Great Horned Owls. Both sexes will actively aid in defending the nest during the breeding season.

By this time of the year in late fall, many Northern Harriers have already reappeared across the state of Texas. Smith Oaks Sanctuary in High Island or the marshes of Bolivar Peninsula are great places to get a glimpse of these majestic and graceful birds! 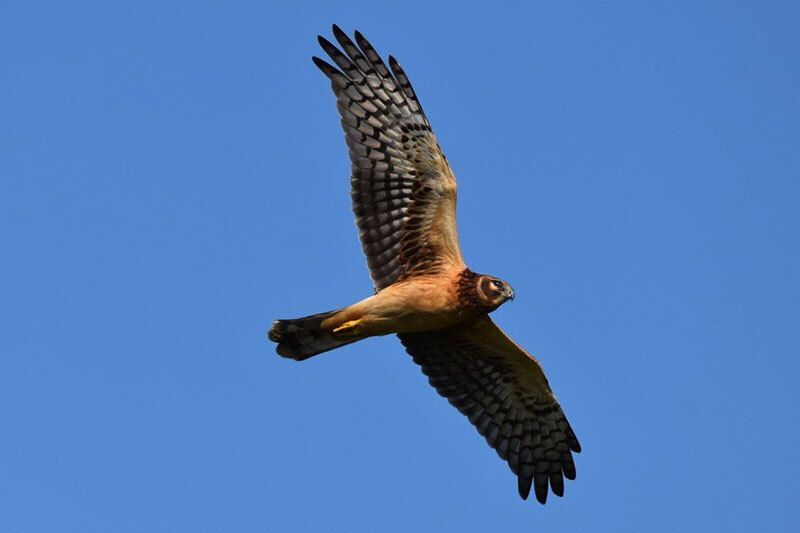 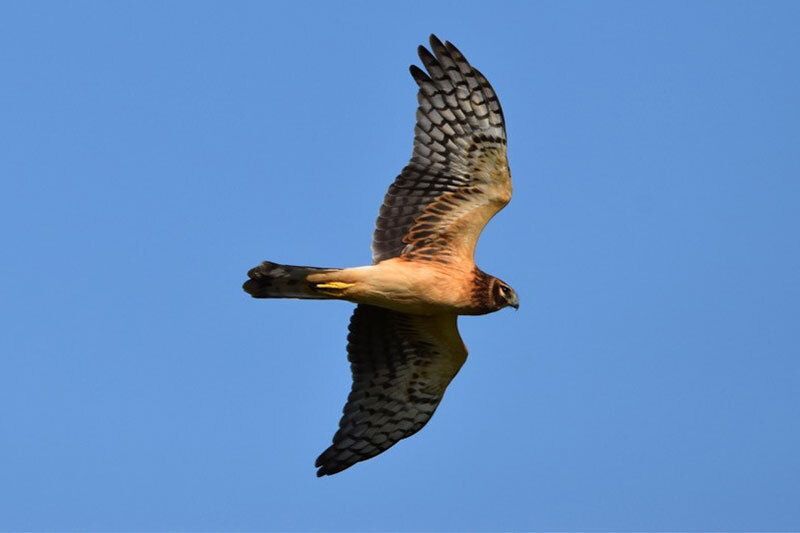 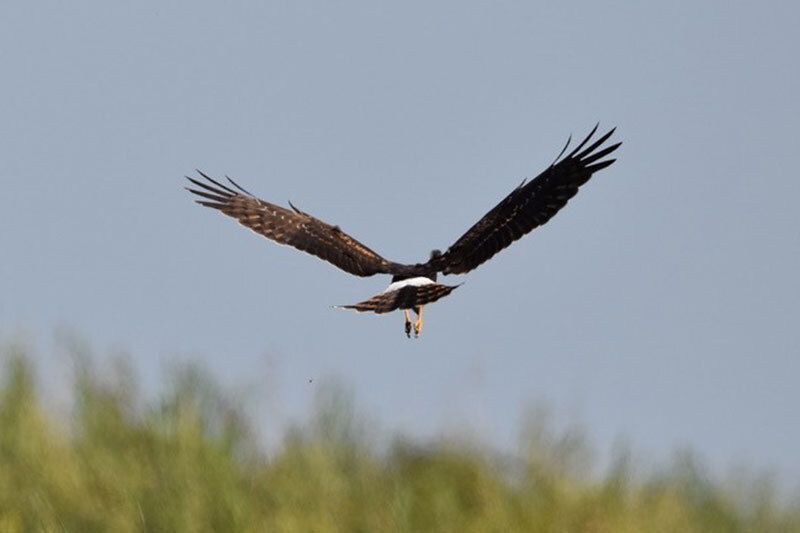