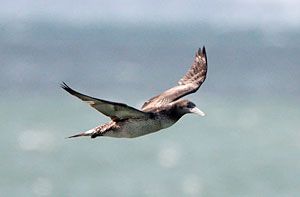 Profile by Sarah Lefoley: The Northern Gannet looks out of this world. While immature Northern Gannets are patchy brown birds, adults are sleek, white, heavy-set birds with black wingtips, yellowish napes, and have spears for bills. If the appearance of this bird wasn’t enough to impress you, just watch it dive.

A Northern Gannet will often reach heights above 100 feet before folding its wings into its body and diving bill-first into the water at about 60 miles per hour trying to catch a fish. They can dive to depths of 72 feet, and use their wings and feet to swim around underwater. Gannets normally forage for fish in saltwater along the continental shelf, and can often be found near fishing ships. During winter, they can be found along the Gulf Coast and eastern coast of the United States. Northern Gannets have recently been found near Galveston, and Sabine Pass, Texas. Northern Gannets breed in large colonies along the eastern coast of Canada.

Because Northern Gannets mate for life, they will reestablish their bond as a mated pair by meeting at their nest site and engaging in courtship rituals at the breeding colonies. Courtship rituals include shaking of heads from side to side, vocalizations, gentle bill fencing, bowing, and preening. The male Northern Gannet will build the majority of the nest. A nest is often built on the edge of a coastal cliff and is made of mud, feathers, algae, plant materials, man-made objects, and gannet feces. Males will aggressively defend their nesting territories against other male gannets using their bills. Nesting pairs are equally aggressive when defending their young, and will stab at other gannets who get too close. The female and the male of each pair will take turns searching for food, and caring for young. At the nesting colonies, second and third-year birds will form groups that roost and explore fishing territories together.

Notes by Susan Billetdeaux: Northern Gannets are a huge seabird, roughly the same size as Magnificent Frigatebirds. They are usually only spotted in the air as they spend most of their lives at sea. They breed in large colonies on the cliffs of a few islands off the Canadian Atlantic coast. Adults are white with black wingtips. Juveniles are dark with light spots. Acquiring adult plumage takes at least 3 years. 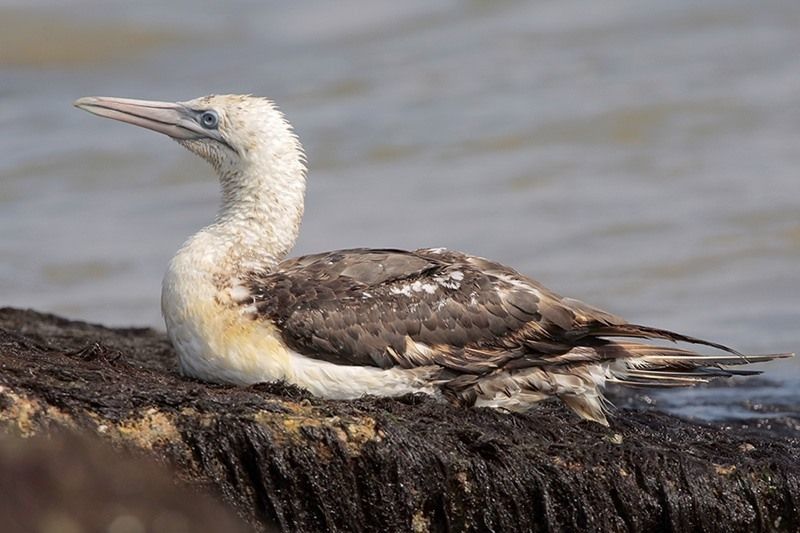 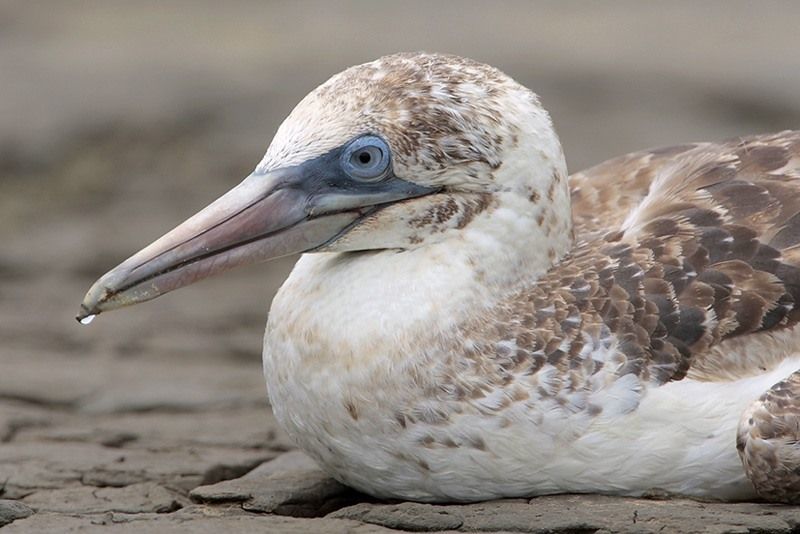 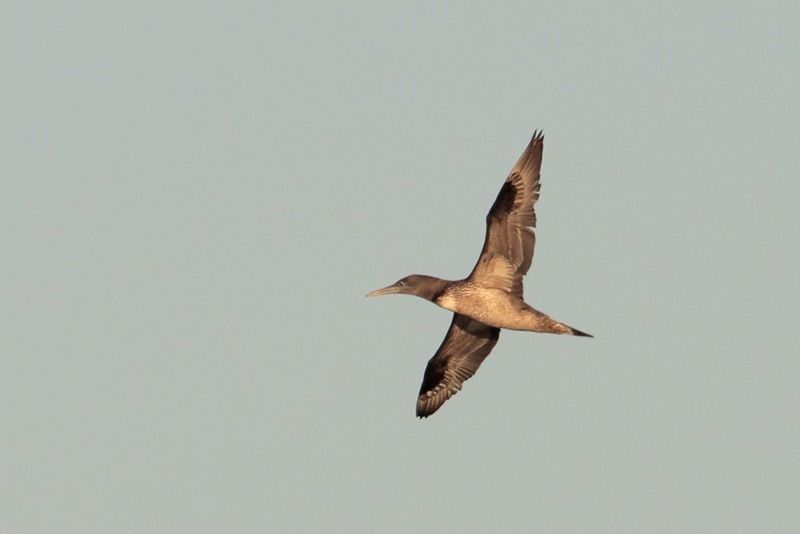