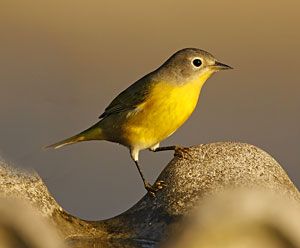 Notes by Susan Billetdeaux: The Nashville Warbler is a more common visitor to our area in fall than in spring. Its bright plumage, even in fall, make a striking impression even to non-birders. The combination of gray head, olive back, yellow throat and breast, and prominent eye ring distinguish this warbler from other species. The song is a series of double notes followed by a faster trill, see-ba, see-ba, see-ba, tetetetetetetetetetah. Nashville Warblers breed in forests in the northern United States and Canada, where they build their nests on the ground.

Profile by Ryan McGinty: The Nashville Warbler is a small bird with a yellow underside, olive back, and gray head. They also have a white eye-ring and a little spot of chestnut on their crown, although this is often not visible. These birds move between branches, picking insects off leaves. They prefer secondary growth and scrubby habitat.

The name of the Nashville Warbler is somewhat ironic because they can only be found in Tennessee during migration, and they go to the northern U.S. and Canada to breed. The female will build a nest on or near the ground hidden in the vegetation. The nest is shaped like a cup, and is primarily made up of moss, bark, and grasses. The female is the main incubator and both parents help feed the chicks.

The Nashville Warbler is the 2022 patch bird at the Houston Audubon High Island sanctuaries. 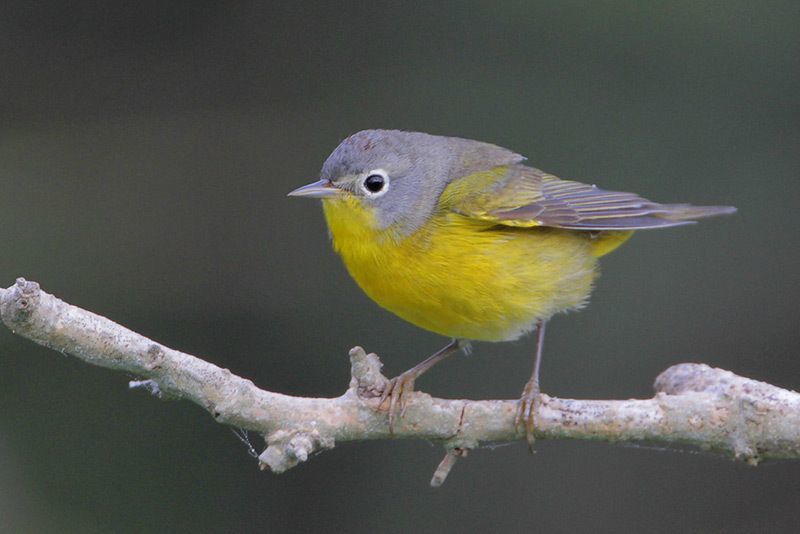 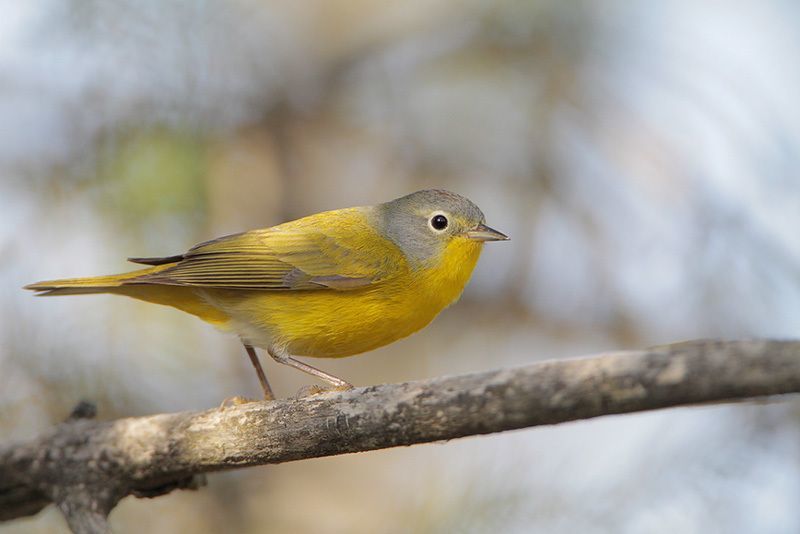 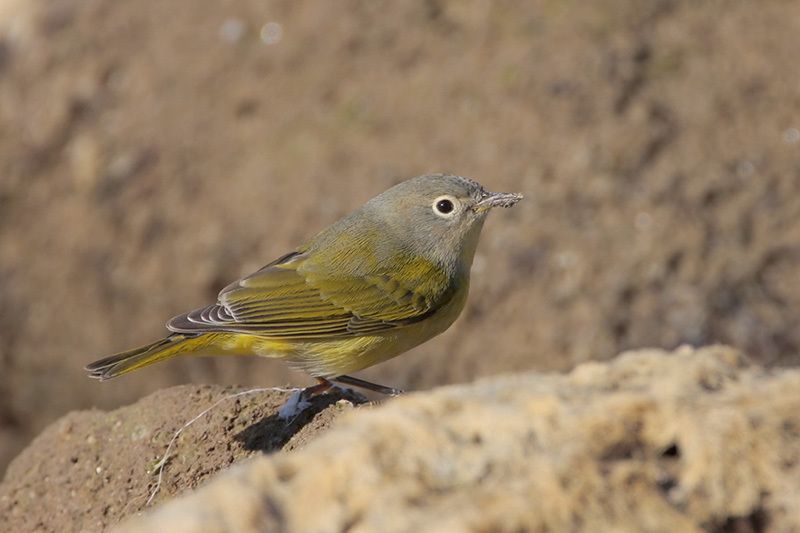