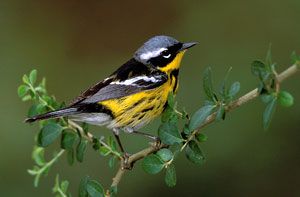 Notes by Susan Billetdeaux: Magnolia Warblers frequently fan their tails, revealing wide white patches on each side of the tail. They prefer to stay low in trees and bushes as they forage for food. The female lacks the black face mask of the male and the breast streaks are much fainter. The song is a weety-weety-weeteo whistle.

Comments by Don Verser: Magnolia Warbler can be surprisingly dull in the fall and look in some ways similar to Nashville. Magnolia, however, has wing bars and white undertail coverts. And my favorite field mark to see on Magnolias in any season is the distinctively patterned undertail that is white on inner half and black on outer half. Only American Redstart has a similar undertail look.

Profile by Phoebe Honscheid: As migration in High Island continues in May (2021), birders are seeing increasingly more mid- and late-season migrants. Among them is the striking Magnolia Warbler. Unlike Pine Warblers, Magnolia Warblers do not forage and nest predominantly in their namesake tree. Rather, the first Magnolia Warbler was collected from a magnolia tree in 1810, similar to how Tennessee and Cape May Warblers are named after their collection site. During migration, they typically forage for caterpillars and insects with their short, sharp bill in dense, mid-elevation wooded areas. They pass through the Eastern United States on their way to their northern breeding grounds and to their wintering grounds in Central America.

A distinctive feature of all Magnolia Warblers is their white undertail with a black tip. In a similar manner as American Redstarts, male Magnolia Warblers will fan and raise their tails to display the white feathers in both courtship and territorial disputes. 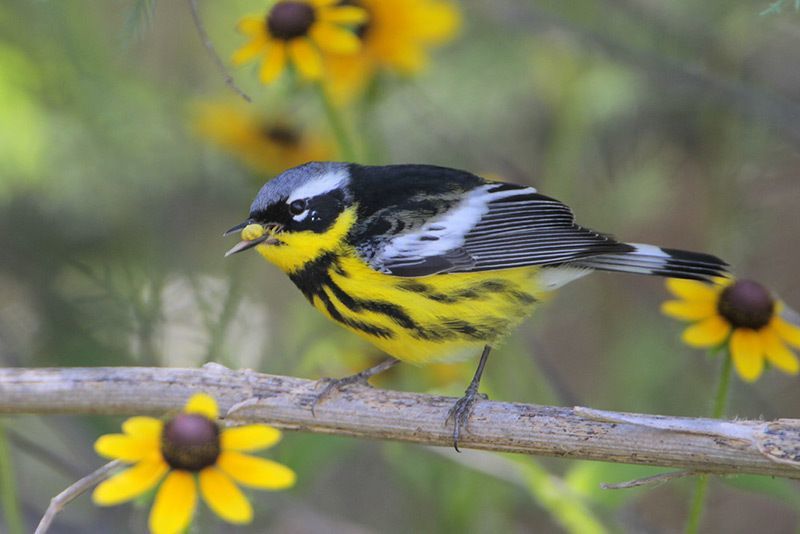 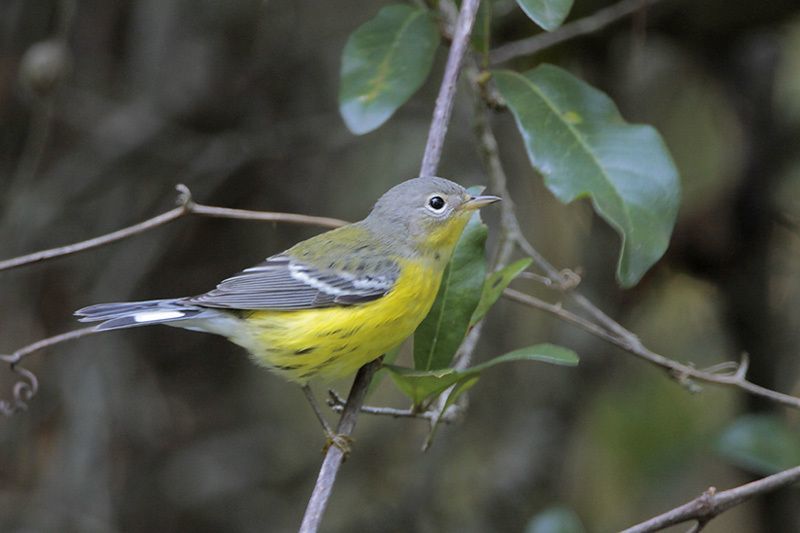 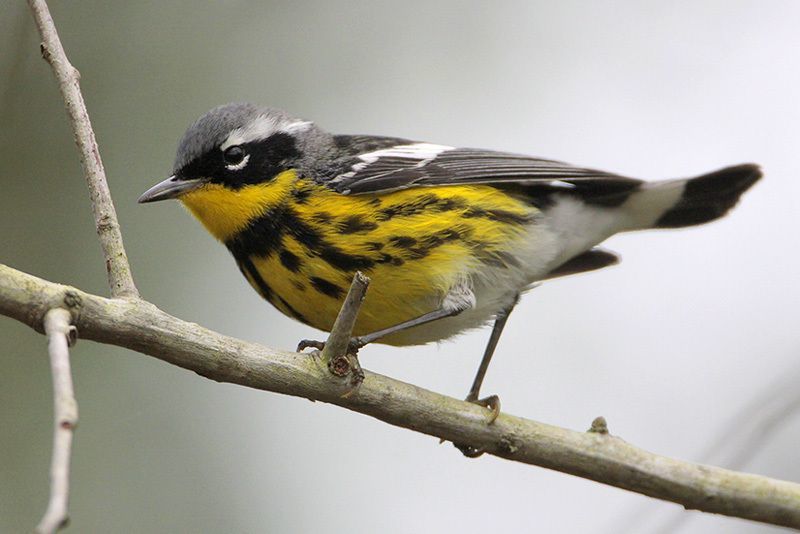