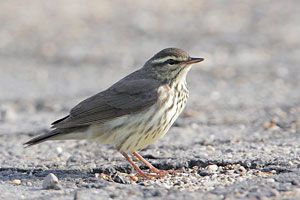 Profile by Vicki Stittleburg: The Louisiana Waterthrush resembles a thrush or sparrow more than the warbler it is. The bird has brown upperparts, white underparts with dark streaks, a buff orange wash on its flanks, pink legs, a white throat, long bill, and a buff and white eyebrow. Adults, both male and female, and juveniles all look alike. The Louisiana Waterthrush is usually spotted on the ground along woodland streams as it forages for food such as insects, spiders, earthworms, and occasionally small frogs and fish.

Waterthrushes can be easily identified by their habit of bobbing their heads and moving their tails up and down as they walk. The species name of the bird is motacilla which is Latin for "wagtail".

Louisiana Waterthrush breed in eastern Texas. When establishing his territory, a male sings vigorously nearly all day. After he acquires a mate, singing decreases quickly and he concentrates his singing into the morning hours.

Comments by Don Verser: Louisiana Waterthrush are very early migrants but the bulk of migration must be inland since few are found on the coast. After early August Northern is the expected waterthrush. Louisiana Waterthrush can normally be quickly identified by the large very white eyebrow that contrasts with the duller underparts.

Profile by Ryan McGinty: The Louisiana Waterthrush is a large brown warbler with a large bill, long legs, and a short tail. They have a white underside with brown streaking, and a white supercilium that contrasts with the bird’s dark brown back and head. These birds can be found near water, often along streams, and will bob their tail as they forage by wading along the edges of streams, preying mostly on insects and small invertebrates; however, they may also prey upon small frogs and salamanders.

These birds breed in much of the eastern United States and are one of the earliest arrivals in spring. They nest along stream banks usually tucked under a log or root system. Both sexes work together to build a cup nest out of plant material and mud, lining the interior with plant stems, hair, and mosses. They lay between two to six eggs in a clutch that are a cream color with brown spots.

Louisiana Waterthrush can be heard singing during spring in the Houston Audubon Sanctuaries at High Island, TX. Come down to see them as well as other migrating birds in the spring. 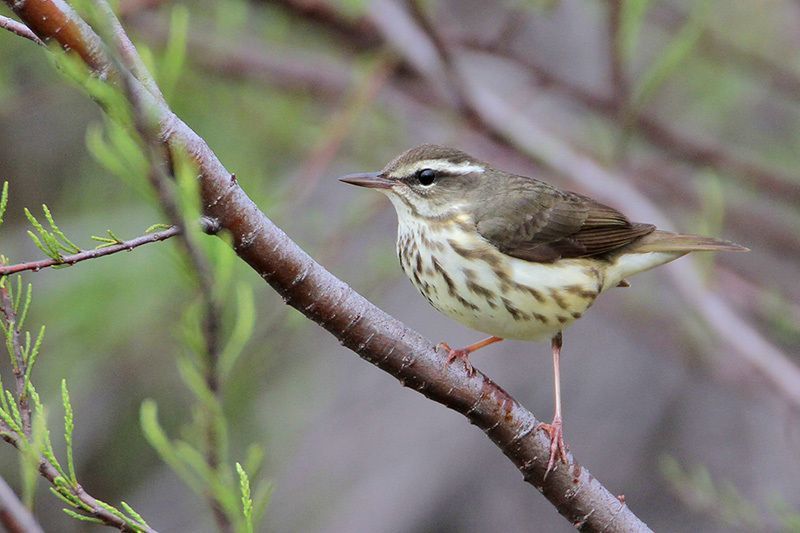 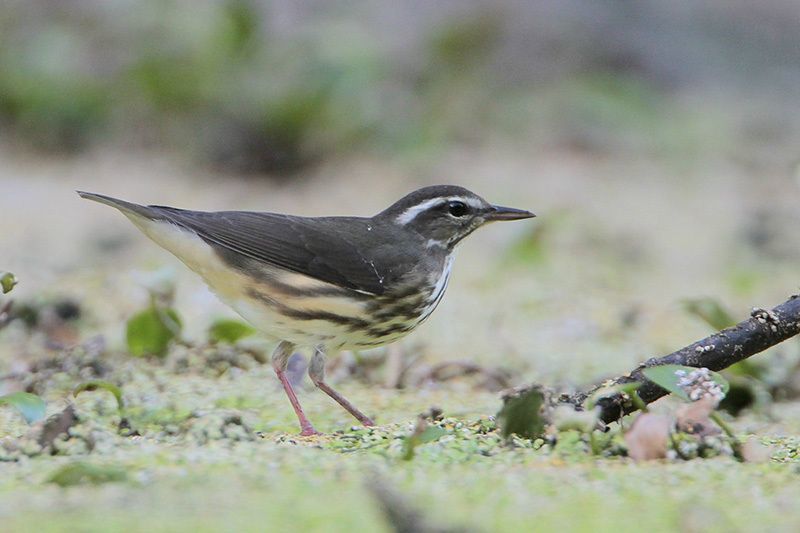 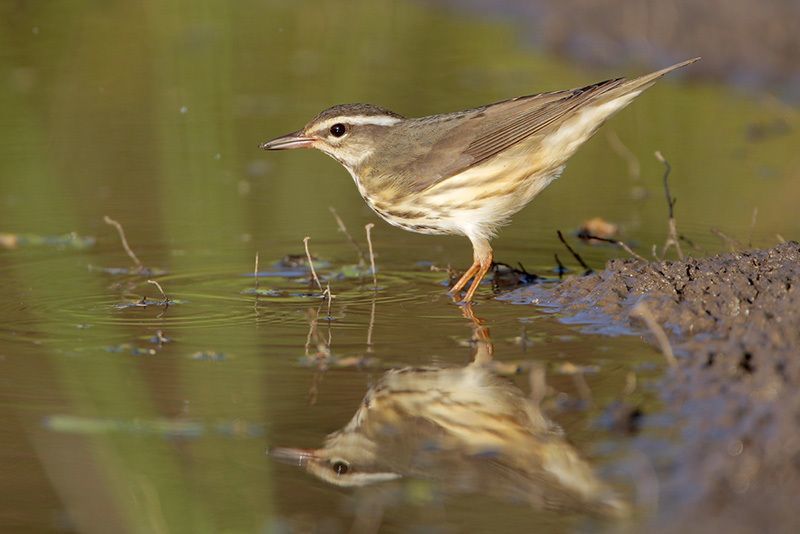