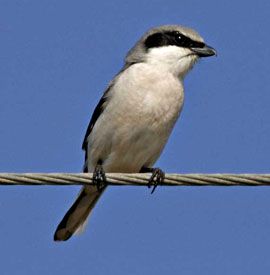 Profile by Vicki Stittleburg: With a gray back and crown, white throat and long tail, the Loggerhead Shrike can somewhat resemble a Northern Mockingbird, but the black mask, black wing plumage and blocky head with a heavy bill are distinguishing features.

The Loggerhead Shrike is a member of the songbird family, but it behaves more like a raptor. Often spotted perching atop trees, utility poles, fence posts, or wires, this predatory bird watches for prey such as insects, birds, lizards and small mammals. Lacking the talons and strong feet of hawks and owls, the shrike must impale its prey on thorns or barbed wire. This behavior earned the shrike the nickname "butcher bird". The scientific genus name for shrike, Lanius, means butcher. Open country with scattered shrubs and trees is the typical habitat of the Loggerhead Shrike. Look for this predatory songbird in pastures, fields, and suburban parks.

Though Loggerhead Shrikes are fairly numerous across Texas, their populations have fallen sharply during recent decades. Loggerhead Shrikes have been listed as endangered, threatened, or of special concern in several states and Canada. Reasons for the decline are poorly understood, but may be related to pesticides and habitat alteration. Given this bird’s potentially high reproductive rate, and provided that adequate habitat continues to be available, Loggerhead Shrike populations may be able to recover if the causes of the bird’s decline can be identified and eliminated.

Profile by Will McDaniel: The Loggerhead Shrike is a medium-sized, 9-inch long perching bird with a pale belly, slate-gray back, and black wings with white patches. Its name comes from the proportionally large size of its head, which is marked by a black ‘robber’s mask.’ Seen perching on telephone wires and barbwire fences along fields and pastures throughout Texas, the sharp falcon-like hook in its thick black beak hint at the morbid habits that have earned this innocuous looking animal the nickname of ‘Butcherbird.’

Famous for being voracious carnivores despite their small frame and seeming frailty, shrikes compensate for their weak legs and talons with tremendous neck strength, allowing them to peck, seize, and carry off insects, lizards, mice, and even smaller birds. Unable to hold their prey down while eating it as raptors do, shrikes will carry their meal to a thorn bush, cactus, or barbwire fence, where they will impale it to hold it in place while eating or leave it for later consumption. These grim ‘larders’ are a sure sign of a shrike’s presence in an area, and are often found near open areas with short vegetation and plenty of vantage points from which the shrike may watch for prey, not too different from a hawk. In the spring, shrikes will form monogamous pairs and nest inside hedgerows or juniper and hawthorn trees, which afford both protection from predators and plenty of places to store prey, where they will raise a clutch of 4 to 8 eggs. 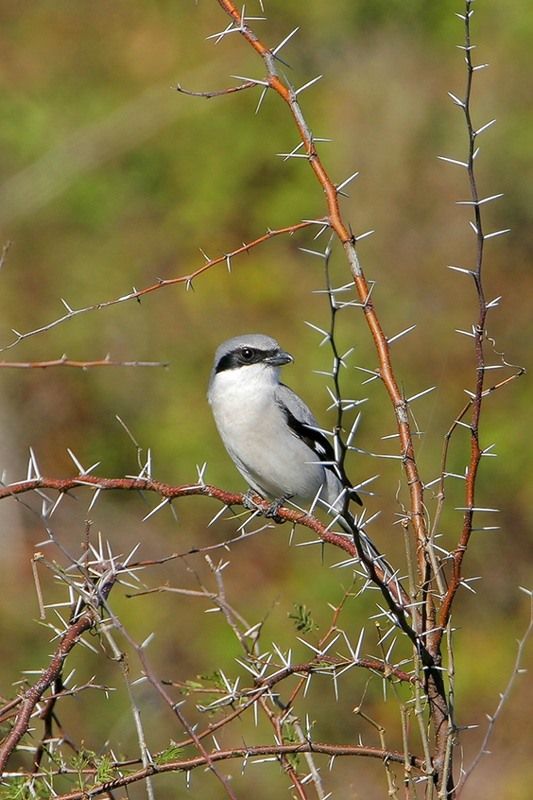 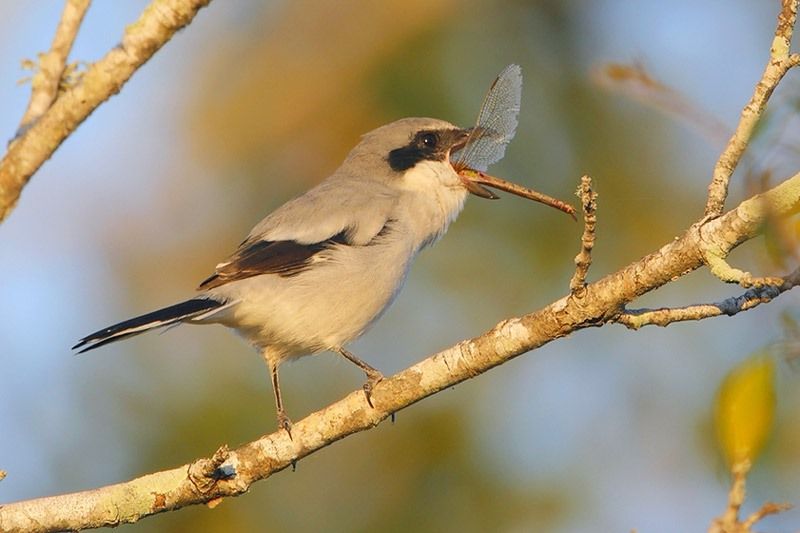 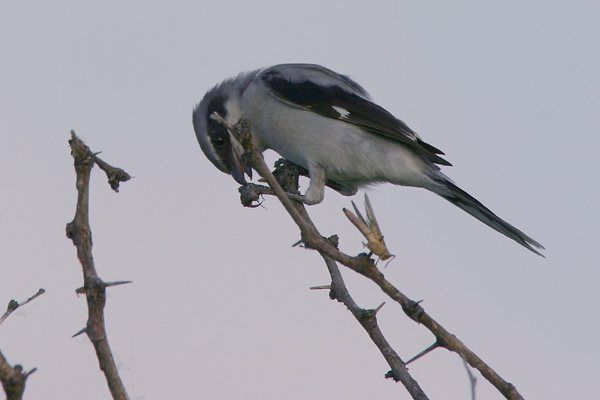 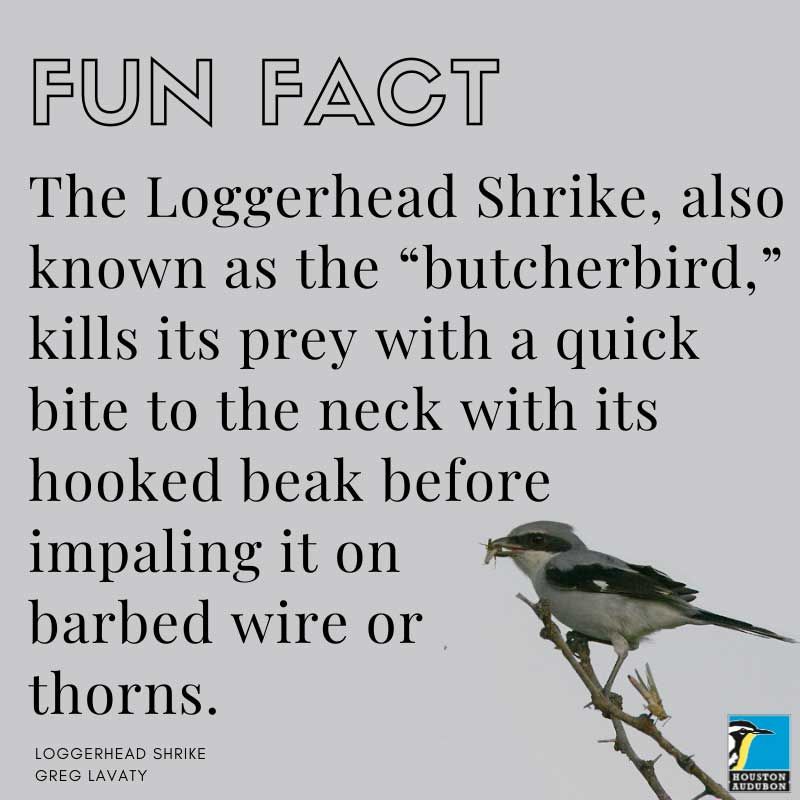