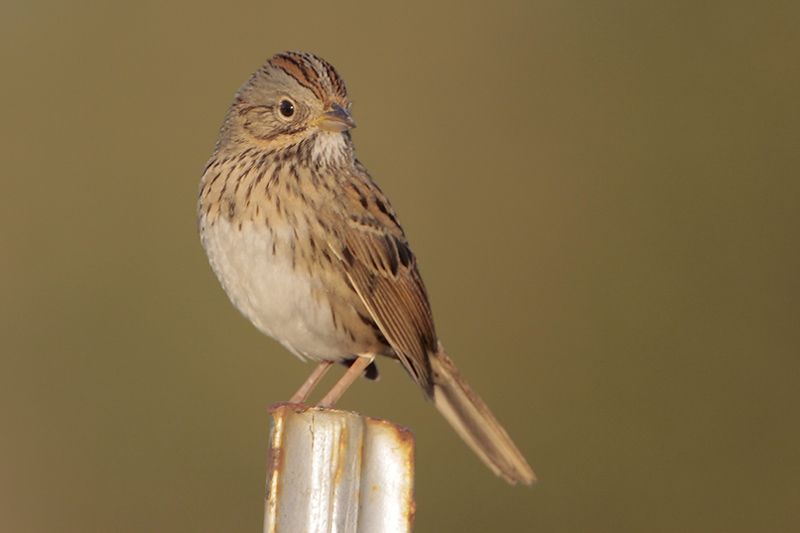 Profile by Glenn Olsen: All of our native sparrows are uniquely attractive birds. I would choose watercolors to paint the softness, subtlety, and nuances of the browns, grays, and whites of these intriguing winter visitors.

Before we learn to identify sparrows, we often refer to them as LBBs (little brown birds) or LBJs (little brown jobs) as they all look so much alike. Without a doubt sparrows are challenging to identify but with practice, patience and experience they become fun and exciting. I look forward to winter and the arrival of sparrows and thoroughly enjoy seeing these remarkable and attractive birds every year.

Lincoln's Sparrow is named after Thomas Lincoln, a companion to John James Audubon. When Lincoln and Audubon were in Labrador on a collecting expedition, Lincoln collected (shot) a specimen, and it became the first “described” of this species. Audubon named the species after his friend. Originally the species was called Lincoln's Finch. We now refer to certain members of the Emberizidae family as sparrows, hence Lincoln's Sparrow. The primary breeding range of this species extends throughout Canada, southern Alaska, and into parts of the north central United States. The wintering range includes the Pacific coast, the southern United States, Mexico, and parts of Central America.

Early migrants begin to arrive on the Upper Coast in early October but they are more readily located in November and later, but they are not abundant. By the end of April most have departed our area to return to their breeding grounds.

Like many other sparrows, the Lincoln's back and wings are streaked with shades of brown and black. However, the distinctive characteristic of the adult is a pale, buffy orange breast band with thin, fine, dark brown streaking and a white belly. The grayish face, reddish brown crown with a central gray stripe, buffy eye ring and buffy orange submoustachial stripe (along the chin) and flanks (along the sides) give the Lincoln's Sparrow a distinctive appearance that helps in identifying this attractive species. The Lincoln's Sparrow is frequently found around freshwater marshes, around brushy edges of ponds and lakes and the edges of damp weedy fields. Song and Swamp Sparrows are sometimes found in the same habitat. When this occurs, it presents a great opportunity to compare and contrast the three species. I encourage you to take a trip to a marsh to observe and learn about our wintering sparrows. You may find that you enjoy, as I do, the subtle beauty of sparrows. If so they will no longer be just LBBs (little brown birds), but become BLBs (beautiful little birds).

Profile by Bryce Loschen: Lincoln's Sparrows are a medium-sized sparrow with a relatively short thin bill and short tail compared to most other sparrows. Overall Lincoln’s Sparrows are a streaky brown, gray and buffy color, but they are readily identified by their buffy sides and chest with crisp dark streaks fading into a white belly. Lincoln’s Sparrows also have a distinctive buffy mustache strip, a buffy eyering, and a dark eyeline. On the breeding grounds males sing a rich wrenlike mix of trills, gurgles, and buzzes. They also have a high-pitched, insectlike zeet and more aggressive sounding chip calls.

In the winter Lincoln’s Sparrows can be found throughout dense thickets and overgrown fields. Lincoln’s Sparrows are a secretive sparrow especially in the winter months, and they spend a lot of time sneaking around through dense cover on the ground in search of insects or small seeds. They will scratch the ground under thickets to uncover insects and seeds or pick them off low shrubs. Lincoln’s Sparrows primarily breed in the mountainous regions of Canada and the western United States. On the breeding grounds males will defend nesting territories by singing. The females build small cup nests of grasses and sedges on or near the ground.

Lincoln’s Sparrows can be found throughout most of the state of Texas from about October through the end of April. They are not easy to find because of their secretive behavior, but listen for their calls and look for one peeking out of the brush in a field or shrubby area. The Houston Audubon Boy Scout Woods Sanctuary is a good place to look for them, so come on down in the winter and spring before they depart for the summer! 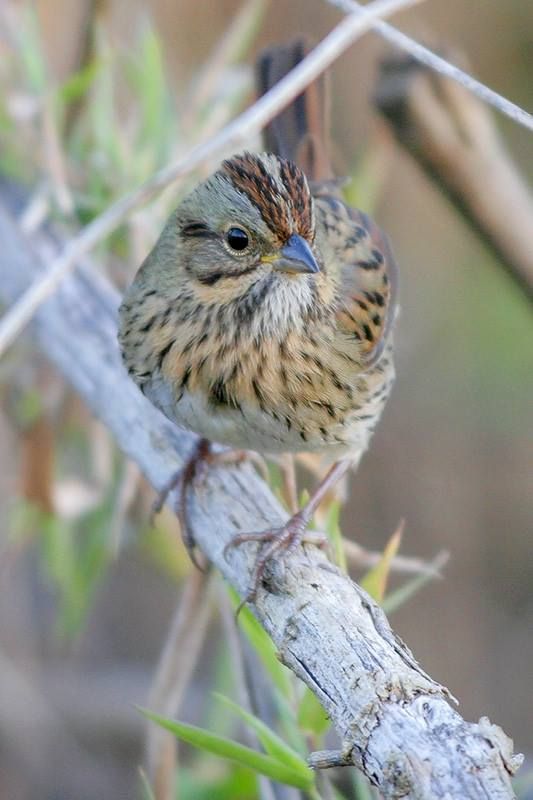 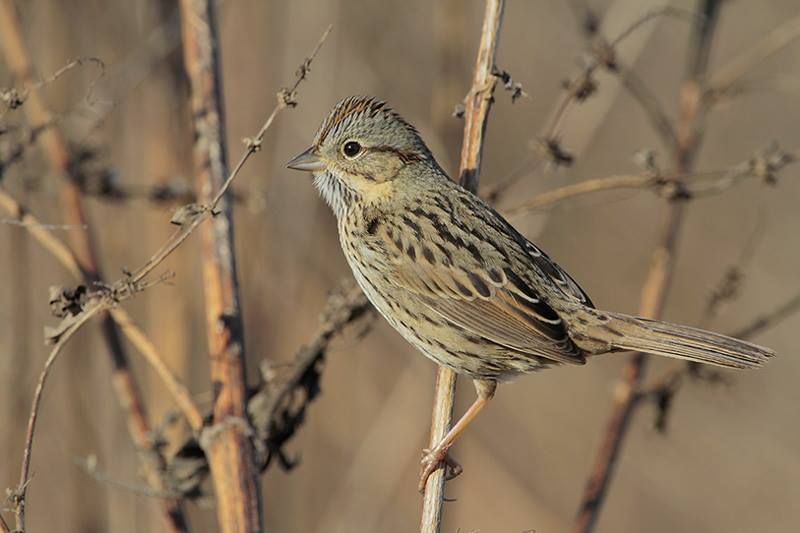 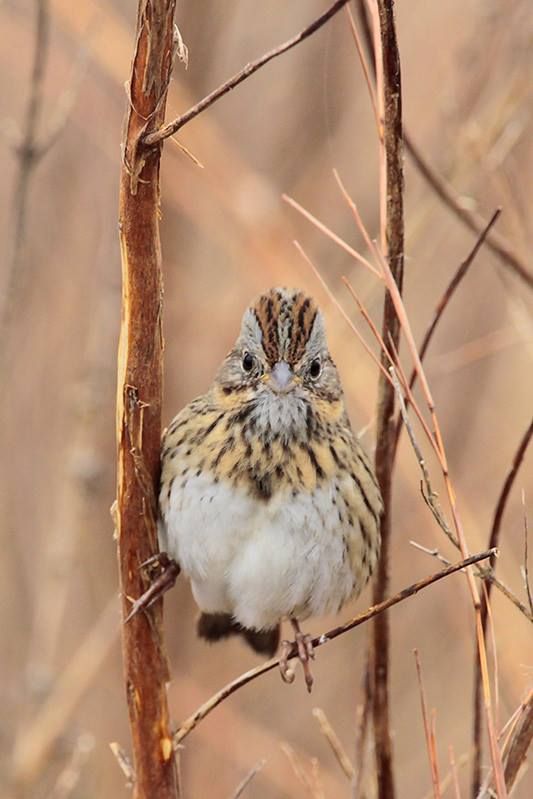