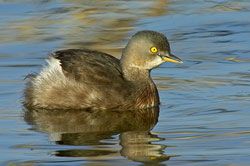 Notes: The Least Grebe is common in south Texas but only rarely ventures into our region. It is a smaller, darker version of the Pied-billed Grebe. At close range, its yellow eye and thin dark bill also help to distinguish it from its more common relative. Least Grebes normally do not migrate. They like shallow ponds and ditches with abundant vegetation. In Houston Least Grebe are sometimes spotted in Cullinan Park.
- Susan Billetdeaux 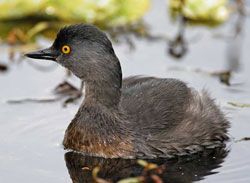