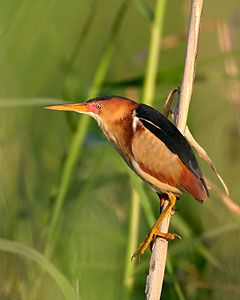 Seasonal Occurrence:  Most likely to be seen June through August. Occasionally found at other times. Breeds in our area.

Profile by Azure Bevington: The Least Bittern is the smallest North American heron and blends into its marshy habitat exceptionally well. Measuring only about 12-13 inches, these tiny herons have a long neck, with a dark brown to black crown and back blending to warm tan on the sides and tan and white stripes on the neck and underside. This coloring allows the Least Bittern to blend into the upright reeds and grasses where it prefers to forage. These small herons are light enough that they can easily move through the marsh by grasping the stems of standing vegetation. They will often perch between stems and strike down at the water to catch their prey, giving them access to water too deep for much larger herons.

When startled the Least Bittern puts its fantastic camouflage to good use by freezing in place with its bill facing upwards and its striped neck and belly facing toward the disturbance. They are even known to sway gently in the breeze, mimicking the wind-blown marsh grass.

The Least Bittern breeds in the eastern United States during the summer months and can be found in coastal areas of Central and South America in the winter. They prefer fresh and brackish wetlands with dense grassy vegetation and forage mainly on small fish and insects. Least Bittern populations are difficult to survey because of their inconspicuous nature, but the North American Breeding Bird Survey reported that their numbers appeared relatively stable between 1966 and 2015. This is good news, but they still face threats due to loss of wetland habitat and shifts in marsh vegetation, due to the expansion of invasive species.

Next time you are near a dense grassy marsh, if you are very patient – or very lucky – you just might catch a glimpse of an elusive Least Bittern balancing on the cattails.

Profile by Maria Hart: The inconspicuous Least Bittern is the smallest member of the heron family, measuring in at 28-36 cm and weighing only 80 grams! They blend in remarkably well with their surroundings as they creep through reeds hunchbacked, using their long and sharply clawed feet to cling to surrounding vegetation. Least Bitterns have long yellow dagger-like bills and chestnut and white streaking on their chest. Males have a deep green crown while females and juveniles have a lighter brown and black crown.

While most herons choose to wade through shallow water, the Least Bittern uses vegetation such as cattails or low hanging branches to crawl on while foraging for food. This species has also been known to construct foraging platforms out of bent reeds in order to easily hunt for prey. The diet of a Least Bittern mainly consists of minnows, small amphibians, insects, and many other creatures that inhabit the water’s surface.

When it is time to breed, Least Bitterns will re-use their foraging platforms. Males will arrange sticks and grasses to form a nest on top of the pre-existing structure. While these nests are often dispersed throughout the marsh, Least Bitterns will also breed in colonies as they provide protection. Least Bitterns breed in fresh and brackish marshes of the eastern United States as well as in parts of California and the southwest.

Least Bittern populations seem to be stable but their covert nature makes it difficult to collect data. Although they may be difficult to see, Least Bitterns have been regularly seen at High Island’s Smith Oaks Sanctuary. Make sure to take a look at what is crawling through the reeds next time you visit! 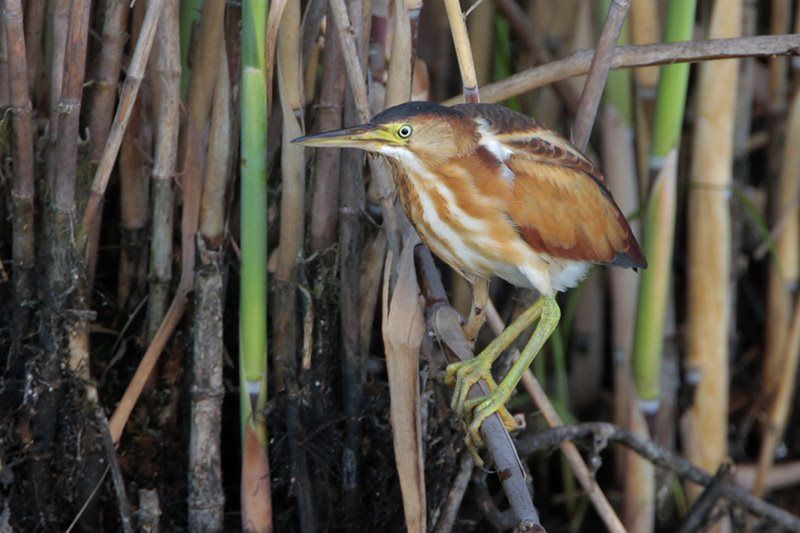 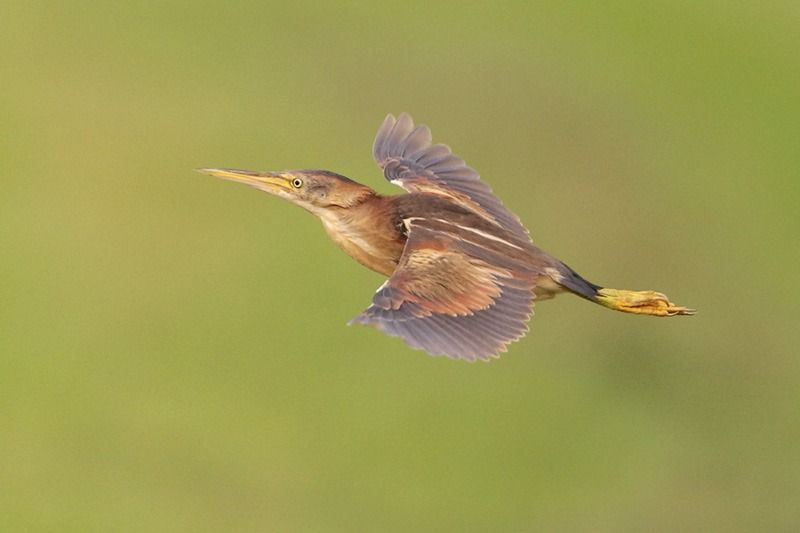 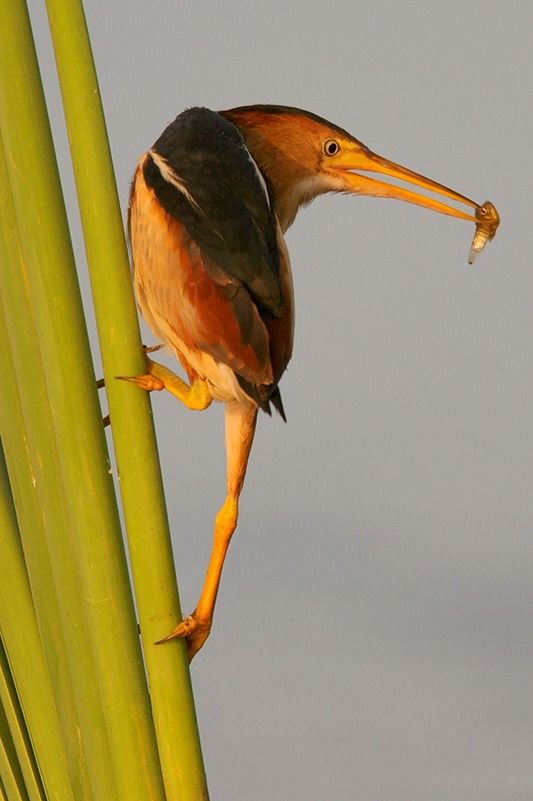