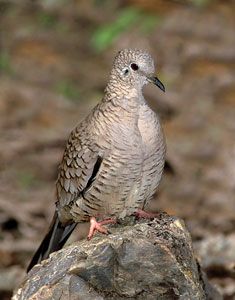 Notes by Susan Billetdeaux: Inca Doves have been expanding their range northward from Mexico and the Rio Grande Valley. They are now common in Houston's backyards. Smaller than Mourning Doves, Inca Doves are distinguished by the scaly appearance of their feathers. In flight, they display bright copper wing patches, unlike the white ones of Mourning Doves. The Cornell Lab of Ornithology has much more information about Inca and other doves.

Profile by Steven Garcia: The Inca Dove is a small, slender dove that is smaller than a Mourning Dove, but slightly larger than a Common Ground-Dove. Adults can be distinguished by their sand colored body feathers, embellished with dark brown outer trim giving the Inca Dove a scaly appearance. The upperparts and back of neck are darker than the rest of the body, with the exception of hidden rufous underwings, only to be appreciated during flight. Juveniles lack scaling, exhibiting a clean look, maintaining the pale underparts. Both the adults and juveniles sport red eyes that get brighter when threatened by an intruder.

Once infrequent north of Mexico, Inca doves are expanding their year-round range into the American Southwest, probably in response to human transformation of desert habitat into open sparsely vegetated areas. Their diet of almost exclusively seeds restricts them to ground foraging, picking seeds from the ground or low-lying vegetation. The Inca Dove has a distinctive mournful coo said to sound like “No Hope” or "In-ca." Despite the name, Inca Dove doesn't occur anywhere near the Inca Empire and is long overdue for a better name, e.g. Long-tailed Ground-Dove, Scaled Ground-Dove, Hopeless Ground-Dove, Aztec Ground-Dove.

The Inca Dove is highly sensitive to low temperatures, in fact, when the temperature drops to around 20 degrees Fahrenheit the Inca Doves take action by huddling together in the sun to stay warm. Sometimes they will sit on top of each other forming a dove pyramid 3 doves high, a behavior referred to as pyramid roosting. The oldest Inca Dove was recorded here in Texas and was at least 10 years, 10 months old before its demise by an outdoor cat. 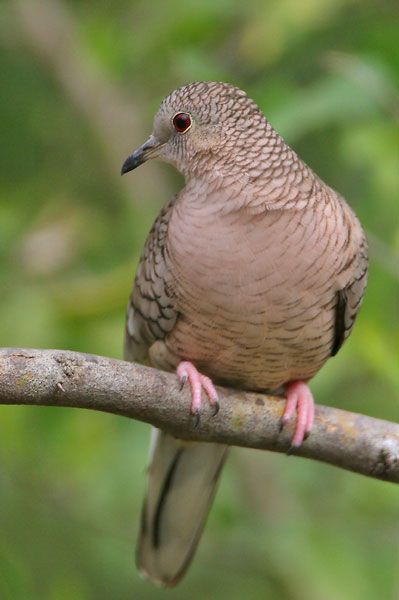 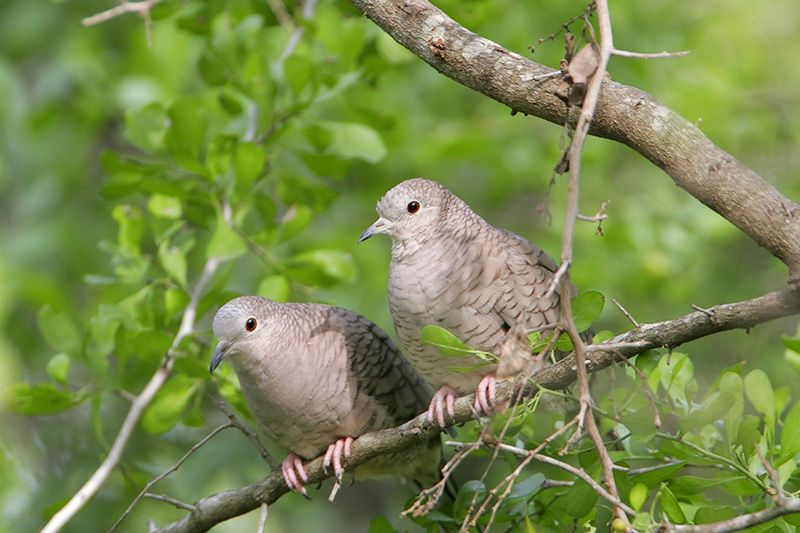 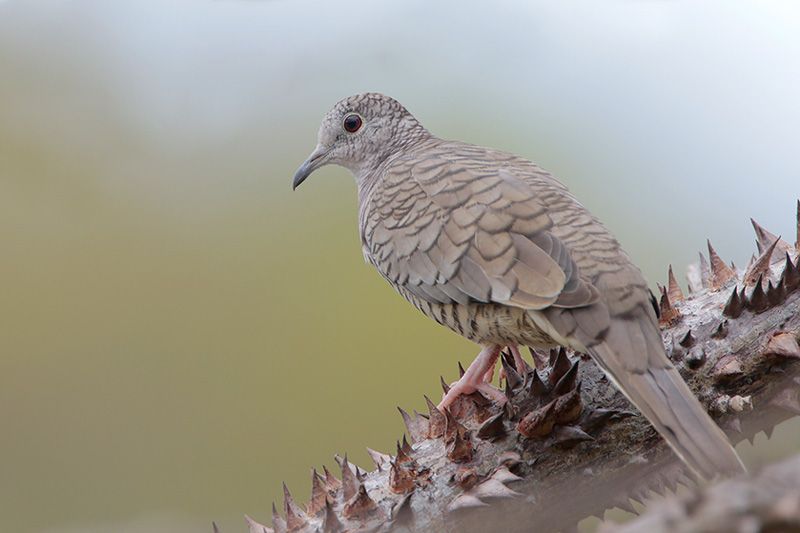