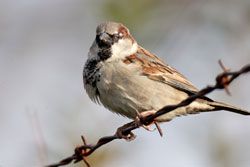 Notes by Susan Billetdeaux: The House Sparrow was introduced into the United States via a release in Brooklyn in 1851 and by the turn of the century had already spread to the Rocky Mountains. House Sparrows are stockier with thicker bills than native sparrows. They are generally found close to people and are absent from less populated areas. They are one of the few birds that almost everyone, even in the densest of city settings, has the opportunity to study. House Sparrows are unpopular with many, since their aggressive competition for nesting cavities has led to the decline of many native species including the Purple Martin. But there is much that is fascinating about them.  The Cornell Lab of Ornithology reports that a House Sparrow can swim when necessary, even to the point of swimming underwater to escape a trap! 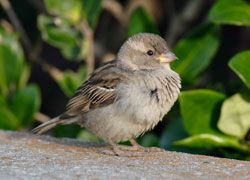 Profile by Aidan Healey: The House Sparrow is easy to find year-round, even in the heat of summer. House Sparrows thrive in urban environments, where there are often very few resources available for birds, but they can also be found in a variety of suburban and agricultural landscapes. Where food is available, large flocks of House Sparrows are commonly seen congregating in hedgerows. House Sparrows will visit feeders, but they are just as likely to be found hopping around parks and searching picnic areas for crumbs.

Despite sharing a common name with many other well-known species of North American birds, the House Sparrow is in a different family from other “sparrows” of North America. It is originally native to Eurasia and northern Africa, though it has spread alongside human development and is now established in urban areas almost worldwide. 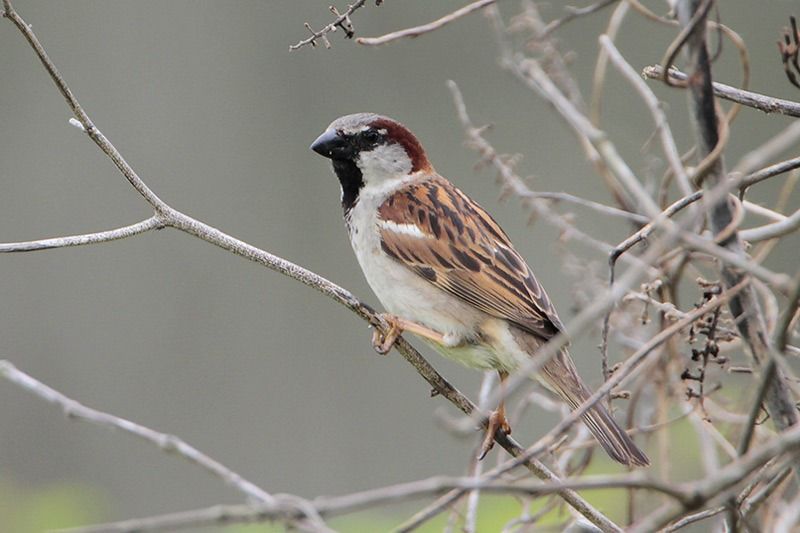 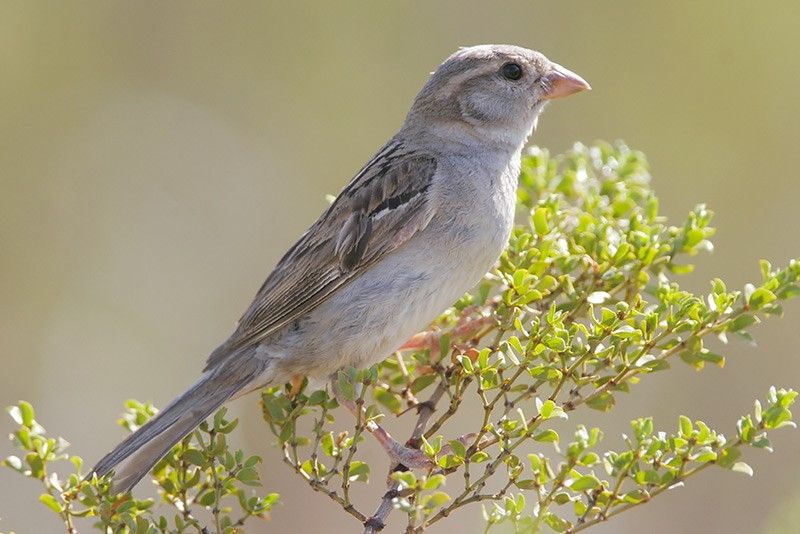 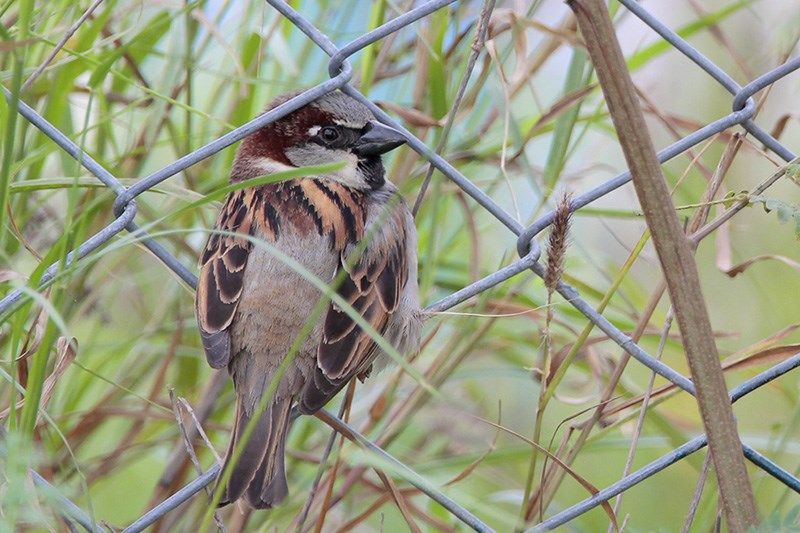