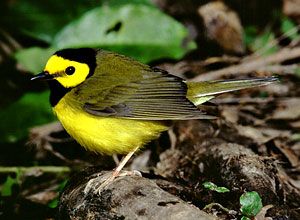 During migration Hooded Warblers prefer any wooded habitat with a dense understory. When they arrive at their wintering grounds in Mexico and South America, the male and females segregate. Males use mature forests while females utilize scrubbier forests and seasonally flooded areas. This winter habitat segregation was first detected with this species and is now known to occur in other neotropical migrants such as the American Redstart, Northern Parula, and Black-throated Blue Warbler. Look for these small striking birds in migrant traps as they journey south. They have recently been observed at our Edith L. Moore Nature Sanctuary and our Sims Bayou Urban Nature Center. 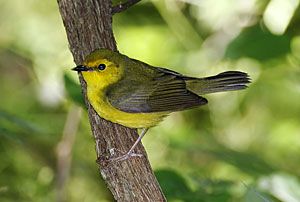 Profile by Sarah Lefoley: Spring (written in March, 2020) has arrived, and so have Hooded Warblers. You may have noticed this beautiful warbler hopping about and flashing its light-edged tail feathers in shrubs near you. The males of this species are yellow, have a darker yellow back and tail, and a distinct black “hood.” The females and immature birds are less distinguishable, possessing a darker yellow crown instead of a hood. Females and immature birds have pale pink bills, rather than the black bills of the mature males. Males will move out of the shadows of the forest understory to sing a song that sounds like “weeta weeta weeta weetee a” to some.

One male and one female normally occupy and defend a territory together during breeding season. Males defend their territories from other males by spreading their wings out, tucking their heads down, and moving their heads side to side before chasing or attacking the intruder. Males will often mate with other females besides their partner.

Hooded warbler nests are often parasitized by cowbirds. Parent Hooded Warblers divide the work of caring for their young, with the mother caring for half of the chicks and the father caring for the other half. The Hooded Warbler’s diet consists of insects such as moths, beetles, grasshoppers, flies, and small spiders. They will either pick the insects off of the ground and leaves or will catch them in the air. Because Hooded Warblers are insectivorous, they will use the shrubs, trees, and water sources in your yard if they happen to visit you this migration. 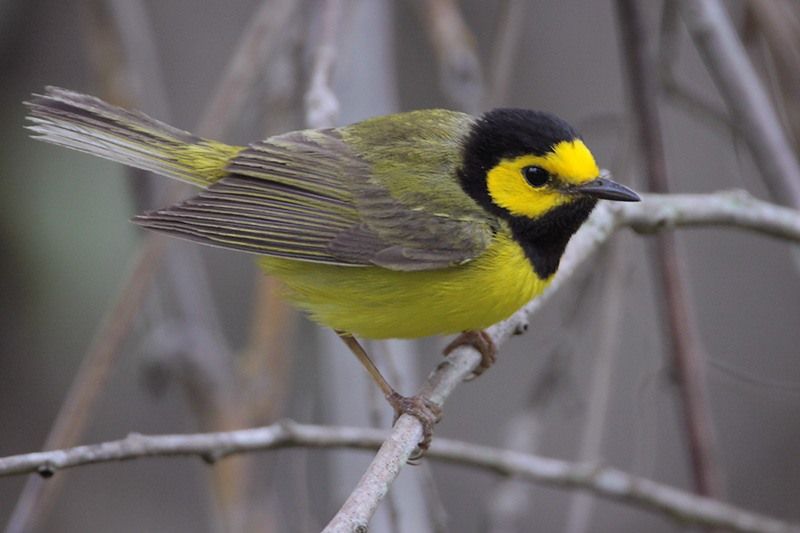 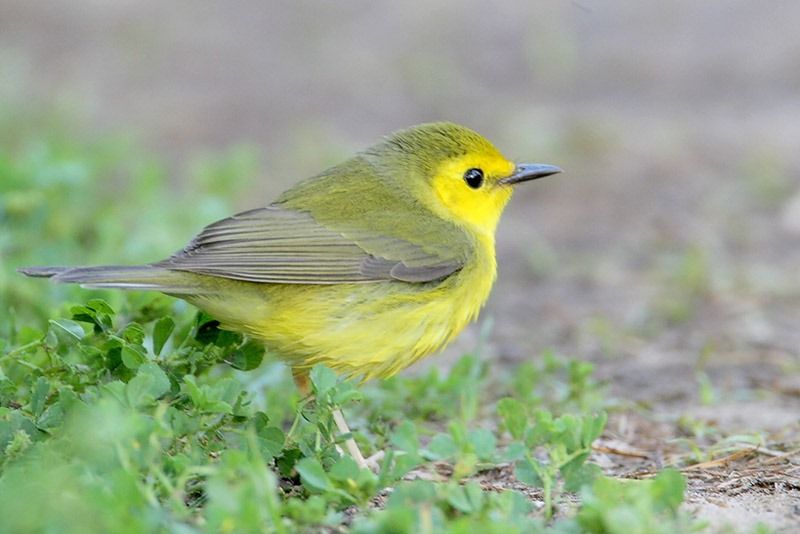 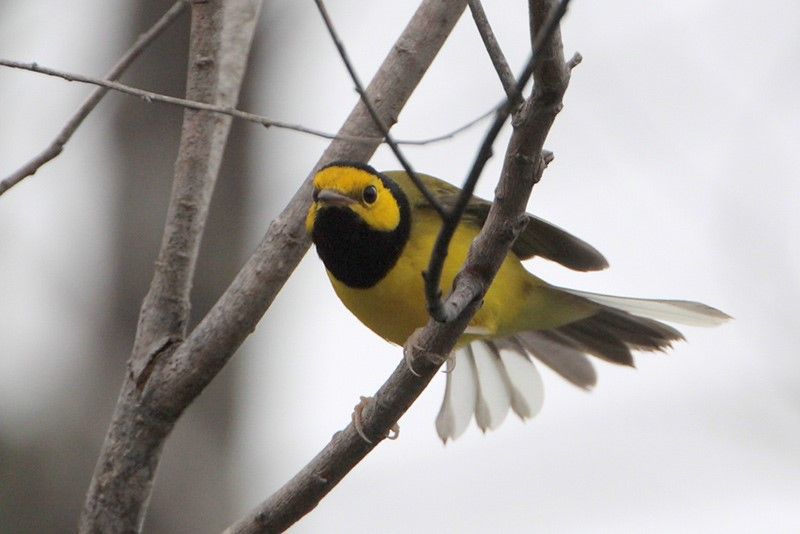