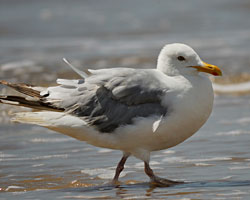 Notes by Susan Billetdeaux: The Herring Gull is the largest common gull seen on the Upper Texas Coast. It is also the most abundant and widespread gull in the United States. Herring Gulls are highly variable in color and size and can be difficult to distinguish from other large gulls. Adult plumage is acquired in the fourth year. In winter adults acquire streaking on their heads and breasts. All adults have yellow bills. Winter sub-adults vary in bill color and amount of streaking. All birds have pink legs. 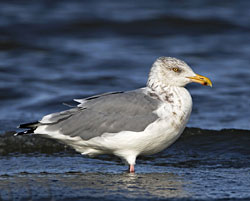 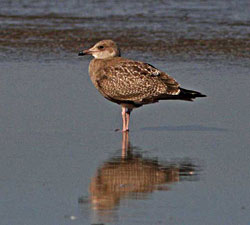 Profile by Aidan Healey: Distinguished from other local gulls by its larger size and generally bulky shape, the Herring Gull can be found in our area during the cooler months. While wintering in the Gulf Houston Area, Herring Gulls will scavenge for food along coastlines and in mudflats – as well as in agricultural fields, urban areas, and wherever else they can get a bite to eat. If you spot a Herring Gull flying close by, you might notice that it has a distinctive red spot near the tip of its yellow bill. When standing, a Herring Gull’s pink legs can also be a helpful identifier. Most adult Herring Gulls will have some gray mixed in with the white feathers on their head and neck during the winter and will molt into a cleaner white just before the summer breeding season.

Juvenile Herring Gulls don’t grow into the familiar light gray coloration until they are about four years old. They’re about the same size and shape as adult birds, but younger Herring Gulls are generally darker gray-brown with some blackish spots on their wingtips and tail. 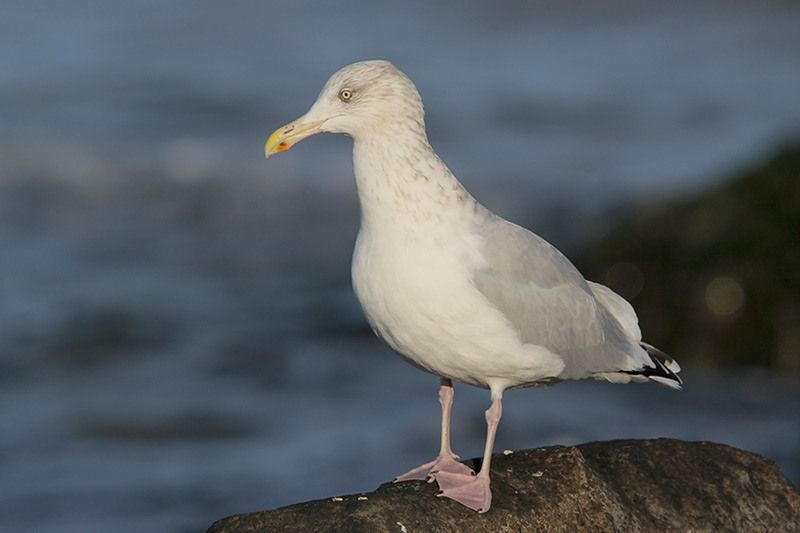 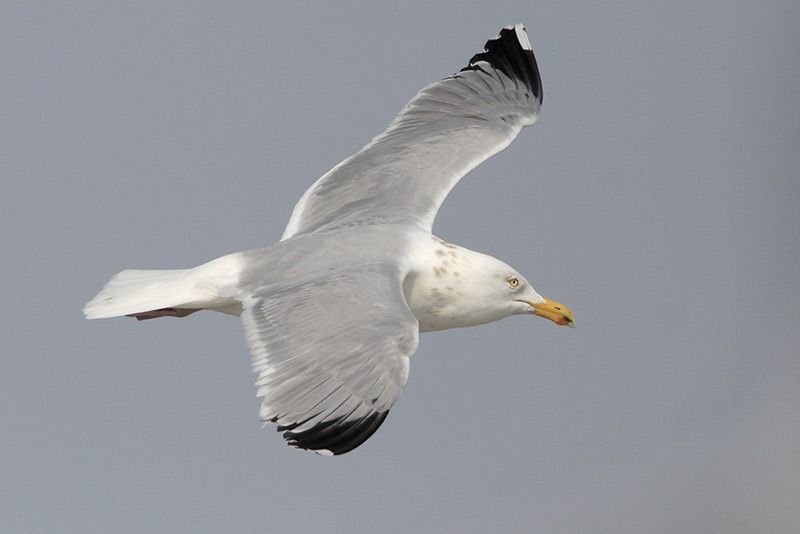 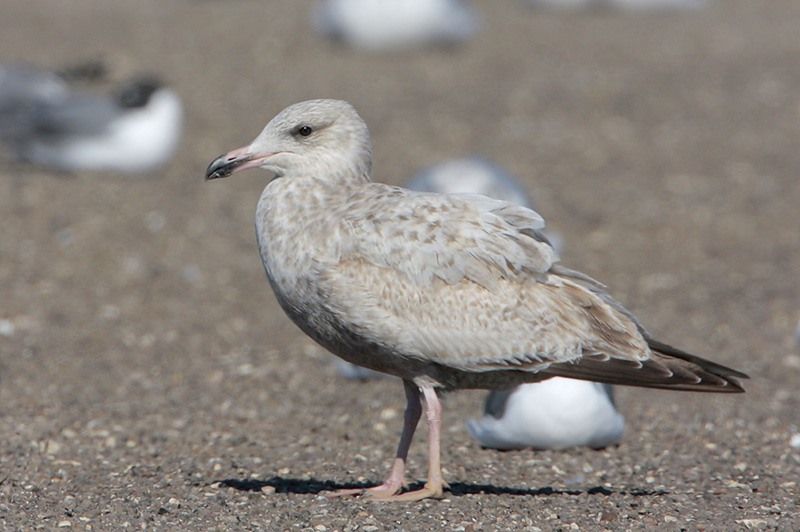