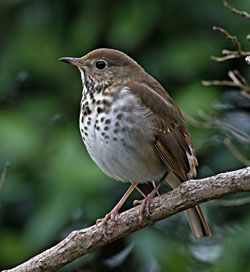 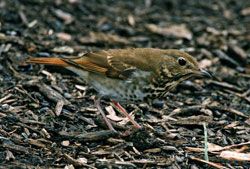 Profile by Phoebe Honscheid: Houston birders are starting to see ever more Hermit Thrushes appear in the forest. These spotted birds fly to the Southern United States and Mexico in the fall to spend the winter before flying north again in the spring.

Like other thrushes, the Hermit Thrush prefers to forage for insects in leaf litter and dense brush. It may pick up leaves with its bill and shake grasses to find prey like beetles, ants, and caterpillars, although a considerable portion of their diet is composed of berries in the winter. Hermit Thrushes often venture out into open areas like forest clearings and edges.

While they may come off as a rather plain bird, they sing an ethereal, flute-like song that many people find particularly beautiful. In fact, the notes of a Hermit Thrush’s song form pleasing, harmonious chords that are often found in human music and follow the same mathematical principles as our tonal system. It’s no wonder that poets like Walt Whitman and T.S. Eliot and composers like Amy Beach have drawn inspiration from the Hermit Thrush’s pure yet melancholy song.

Notes by Susan Billetdeaux: Hermit Thrushes are most likely to be found December through early April. They have a bright eye ring with the plumage of the upperparts varying from soft grayish-brown to russet. In all cases the tail is reddish-brown and usually forms a contrast with the back. One of the best identification clues is their habit of frequently flicking their wings and tails. Hermit Thrushes are usually found singly, close to the ground. 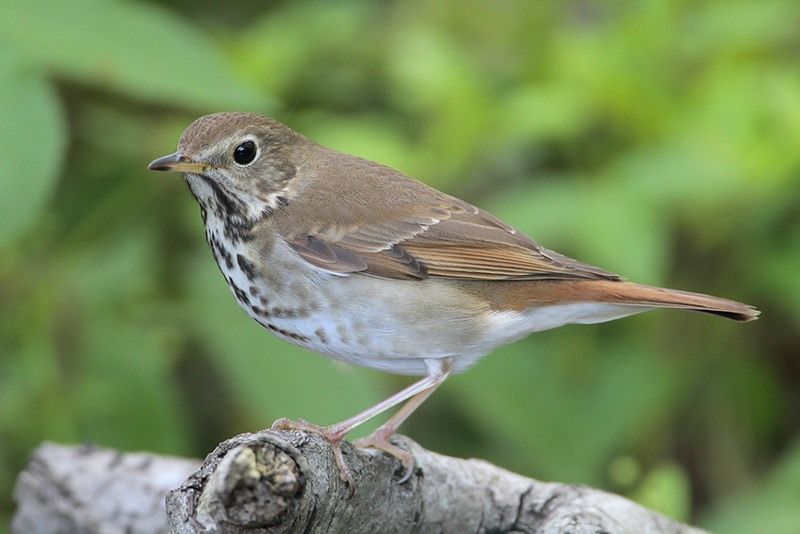 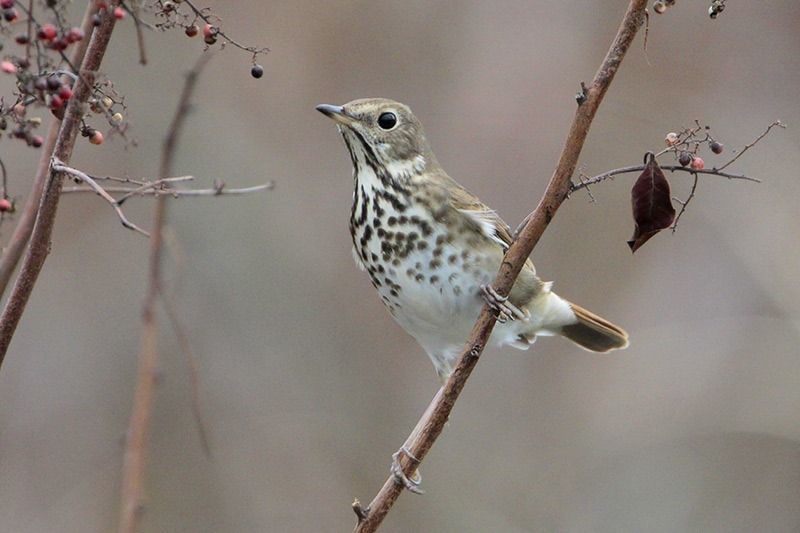 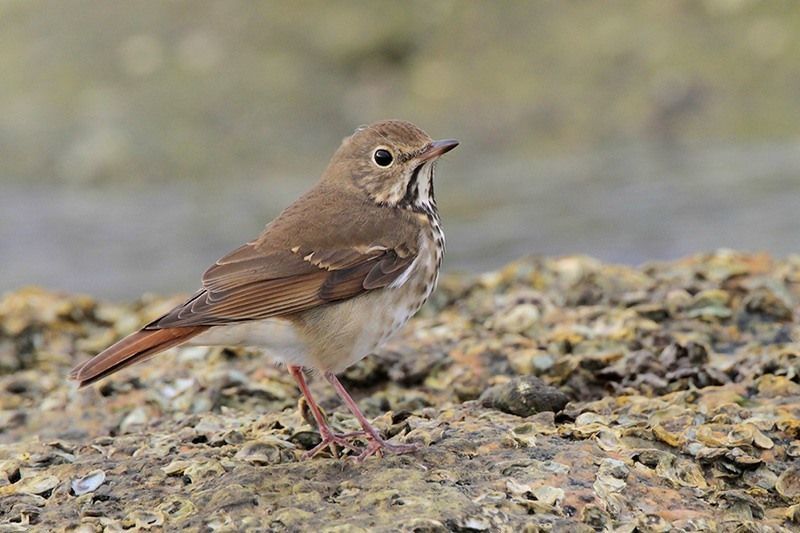