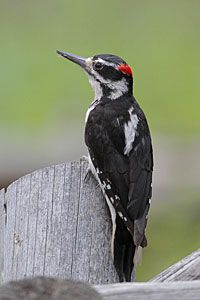 Notes by Susan Billetdeaux: Hairy Woodpeckers are a larger version of the more common Downy Woodpecker. Overall body length is about 2 inches longer. Bill length is much longer than the short stub-like bill of the Downy. The call of the Hairy Woodpecker is generally on one pitch, unlike the descending whinny of the Downy. The male may be told from the female by the small red patch on the back of his head. Generally Hairy Woodpeckers prefer tall, mature trees and are not found on shorter understory plants. A few Hairies breed in our area, but they are predominantly found during the cooler months, November through April. They are difficult to find within the city limits, but occasionally have been spotted at Edith L. Moore Nature Sanctuary in west Houston.

Profile by Jamie Waltenburg: The Hairy Woodpecker is in the mid-range of woodpeckers. It is described as having a somewhat square head that is about the same size as their beak. Their beak is used for excavating trees and is shaped like a chiseling tool. They have a contrasting black and white pattern. Both male and females will have a white patch on their back. Only the males will carry the small red patch on the back of their heads.

These birds are not fussy when it comes to territory. They can be found in most of North America, granted there are large enough trees for them to use. Trees are very important to the Hairy Woodpecker because they use them as a source for both nesting as well as foraging. These birds are cavity nesters. They often take advantage of heart rot and/or dead trees to excavate their nesting site. They like to create the entry to these cavities so that flying squirrels or sapsuckers cannot easily steal them. They place the entrance to their nests on the underside of a portion of tree that is leaning. They also bore into the tree to gain access to their diets, which consist mostly of various larval forms that use the tree for protection. 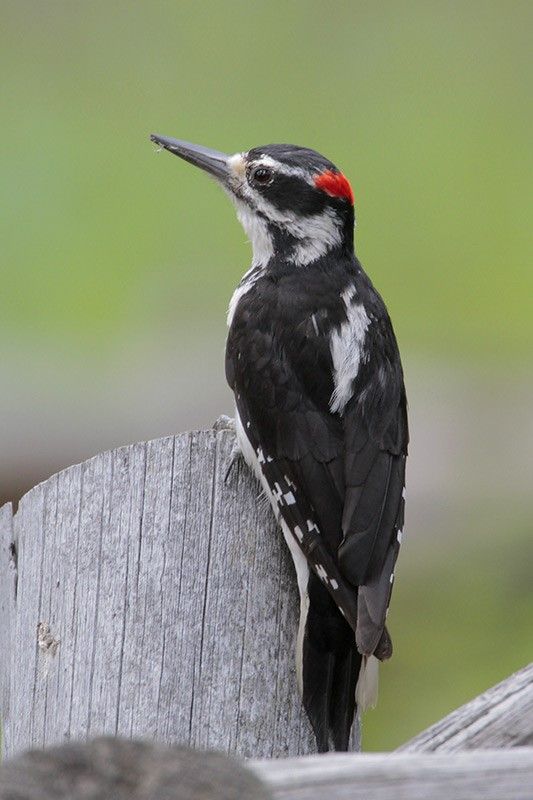 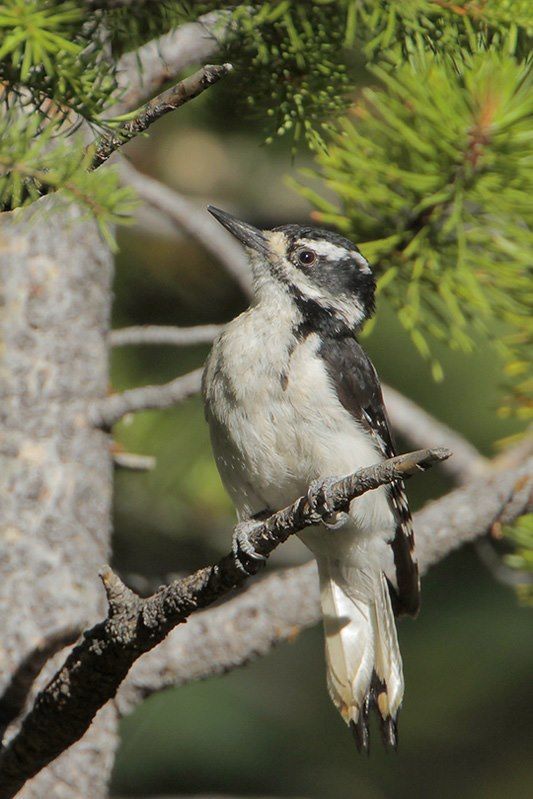 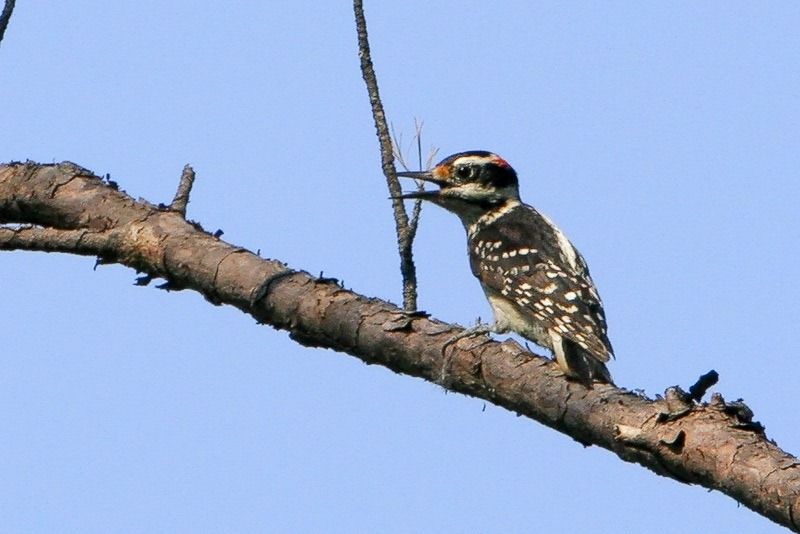