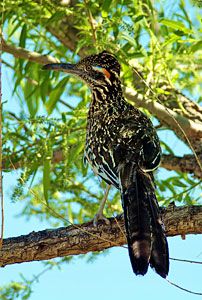 Notes by Susan Billetdeaux: The Greater Roadrunner occurs in small numbers on the Upper Texas Coast. In recent years multiple sightings have occurred at Kleb Woods Nature Preserve, northwest of Houston in Tomball. Other good areas to look for roadrunners are the Katy Prairie and Brazos Bend State Park. Although roadrunners can fly, they prefer to run on the ground and are famous for their quick bursts of speed to catch prey such as snakes, lizards, and small rodents. Male and female birds look alike. They build their nests in small trees, bushes or cactus. 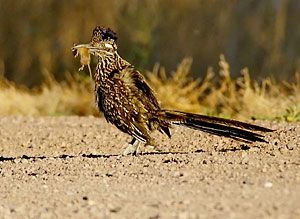 Profile by Ryan McGinty: The Greater Roadrunner is a large cuckoo that was born to run. While it is a weak flier, this bird is able to outrun a human, reaching speeds upward of 15 mph when running and even faster spurts when chasing prey. Tail to bill, the Greater Roadrunner can reach a length of two feet. It has a large dark crest on its head and a distinctively long neck, tail, and legs. It has a brown streaky body with a light belly. During the breeding season, it can show bright red and blue skin on its face. The Greater Roadrunner's wings are broad and round with a glossy sheen on its dark feathers. Males and females look similar, making it difficult to tell them apart.

While Greater Roadrunners prefer open shrublands, they can also be found in grasslands, riparian woodlands, and canyons. They have evolved multiple adaptations to deal with hot and arid conditions. For example, they secrete a highly concentrated salt solution through a gland in front of their eye, which is more water efficient than using their kidneys and urinary tract. Greater Roadrunners also have an unfeathered region below their chin that they flutter to dissipate heat.

Greater Roadrunners can typically be found running along roads preying upon lizards, rodents, insects, and anything else they can fit in their mouth. They can eat some poisonous and venomous prey with no ill effect, and will even team up to kill rattlesnakes. One will distract the snake by jumping and flapping while the other sneaks up and pins its head. Keep your eyes peeled while driving on quiet country roads for a chance to get a glimpse of this speedy bird. 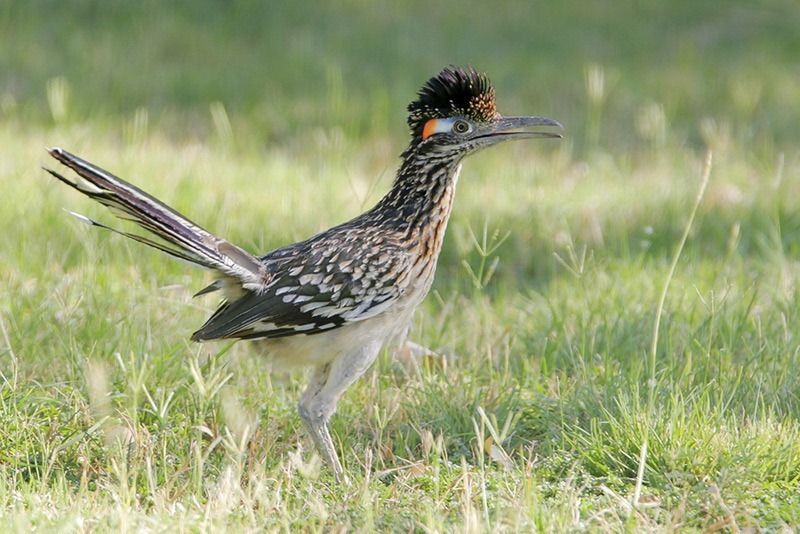 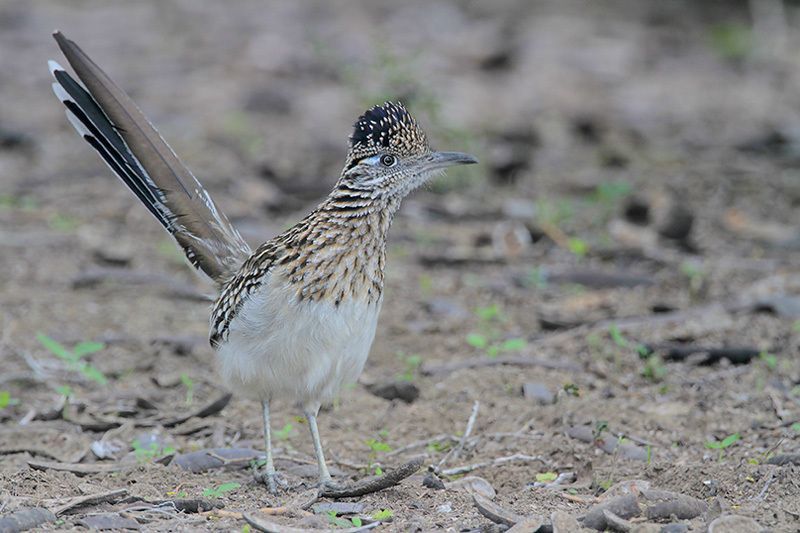 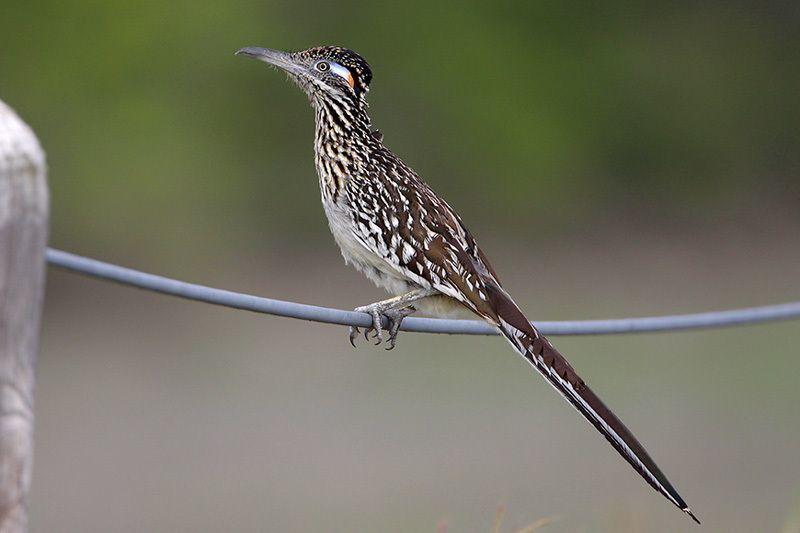